Nobody Moves, Nobody Gets Hurt | Teen Ink

Nobody Moves, Nobody Gets Hurt

The man, who is standing across from me, two lines over, I think, might be considered handsome by most people if he will just take the time to straighten himself up. I, on the other hand, am not like most people, so when I first looked at him, I was instantly attracted to him. At first glance you might think he is dressed quite nicely, black shoes and pants, a white button-down shirt and a black overcoat, but if you look at him a few seconds longer you’ll notice things like a hole in his pants or a yellow stain on his shirt. His blond hair- from what I can tell- is greasy and messed up. His face is oily. His nose is long but not quite pointy and his mouth is fixed in a slight smile. With one hand in his coat pocket and the other hanging loosely at his side, his body gave off a feeling of calmness, but his blue eyes screamed danger.

I must look like a freak, staring at him for so long, but I can’t make my eyes break away from him. It is like some unseen force is pulling me to him and I have no control wh-

-Next. I hear someone say.

-Next. I can tell from their voice that whoever it is is getting annoyed.


Someone pokes me on my shoulder and points their finger towards the front of the line. Their hand is obstructing my view of the man, so I blink once, breaking off my stare and then reluctantly turn my head to look ahead of me. There is no one in front of me in the line and behind the black granite counter, a frizzy red-headed lady, who is wearing glasses that hang off a chain, is staring at me impatiently. I look again, back over to where the man is standing. This time though, he is staring back at me, his blue eyes digging deep into my soul. His smile widens, revealing the top row of a set of dark yellow teeth. Amused? Embarrassed, I turn my head back to its normal position and slowly walk to the counter.

-May I help you? the lady behind the counter asks, definitely not amused.


I quickly make my deposit and am about to turn and leave when I hear a noise that sounds like someone dropping something extremely heavy to the floor, followed by the sound of many people screaming. As if it were a reflex, I spin around and start scanning the room back and froth, looking for the source of the sound. My eyes finally fall on the man. He is smiling at me and I notice that his right hand is no longer in his pocket, but instead, is raised in the air. My eyes follow his arm and when I see what he is holding, I gasp. There, in his hand, pointed at the ceiling is a small, silver hand pistol . He is still smiling at me and almost laughs as he yells:

-NOBODY MOVES, NOBODY GETS HURT!


As I now look around the room, I notice that all the guards are strangely missing and that everyone else is lying down on the clean, white marble floor except a few crouching in the shadows of the marble pillars that surround the room. Dropping my purse in the act, I quickly fall to the floor and cover my head with my hands, as if they would protect me from a bullet trying to penetrate my skull. I hear foot steps walking over to where I am laying,

I hear them walk right up to me, pause, then continue to walk pass me. I glance up and see the man’s feet carrying him to the counter. I put my head back down in fear of him seeing me. I can hear him talking to the lady wearing the glasses, but I can’t make out what is being said. I am scarred. I feel as though my heart is in my throat and my brain is in my stomach, being eaten away by acid.

I want to scream, but I know if I do I risk the chance of being shot, so I swallow it down before it can make its way past my lips. As the scream disappears, my heart and my brain return to the places where they belong and I am able to think clearly.

I know what I have to do, what I don’t know is if I can actually do it. I mean this is the love of my life, but I have to push my feelings out of the way and do what has to be done, what everyone else is too scarred to do. Yet can I risk it?

Suddenly, I hear the gun fire and I look up. I can see the man standing in front of the counter, his hand that is holding the gun is pointed to where the lady wearing glasses should have been standing, but for some reason is nowhere in sight. As the man’s arm slowly returns to his side, I realize what has just happened. A few seconds later a girl of around the age of thirteen, who is crouched at the base of the marble pillar by the wall, also figures it out. She starts to scream so loud that some of the older people in the room are starting to get nervous. This upsets the man. He turns around, his back facing towards me and stalks up to her.


This is my chance. If I am going to do this, now is the time. Very carefully, I move my hand to my purse, where it landed not far from my hand. I pull out my Taurs PT92 B-17 pistol, similar to the man’s gun, which I always keep with me for protection. I silently stand up and face his back. I aim the gun at his head and pull the cock back. CLICK. He hears the noise and turns to face me. At first his eyes are full of rage, but they lighten up, Amused.


He laughs! I can feel the heat rush to my face. What was I thinking? How could I have thought that I could possibly shot, never mind kill the man? I am so embarrassed.
My embarrassment doesn’t last long though, because soon it is replaced with a new feeling, pure hate. Not just hate for this man, but for all humanity. Suddenly I hated the screaming thirteen-year-old, the nervous old people, everyone in this room and everyone outside it. I want them to suffer just like I am going to make this man suffer, because deep down, all people are the same. I want them to go home if they are able to escape, which I doubt, hating life. Now I don’t know why I feel this way, I just do. Maybe this is something that has been inside me all along and is choosing now to reveal itself or maybe it has something to do with what happened that warm day in May 1996, I don’t know. I just know that these people are going to suffer and I am going to be the cause of it.
This change must have been visible, because the man’s chuckle dies down and he is looking uneasy. I smile at him the same smile he gave me as he fired his gun. He begins to back up, but in doing so he trips over the girl’s (who is still screaming) feet, and falls to the ground and moves back net to the wall so he is crouching right next to her. He looks at me; eyes pleading for mercy that knows won’t be given. I reaim the gun and squeeze the trigger. The gun falls from his hand and lands on the floor in front of his feet. His head falls on the girl’s lap, her skirt soaking up the blood pouring out of the hole in his head. He is dead.

The room is strangely quiet, even the girl has ceased here screaming. I walk over to where the gun is laying, the sound of my heels hitting the floor echo off the wall. I bend down, pick it up and place it in my pocket. Then I raise my gun in the air and fire it.

-ALRIGHT, I laugh as I yell. NOBODY MOVES, NOBODY GETS HURT!

The girl starts to scream louder.
I continue to smile, amused. 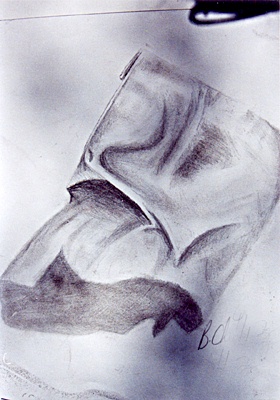 The author's comments:
PLAYLIST- Nobody Moves Nobody Gets Hurt-We Are Scientists
The Dark Knight Overture
Post a comment
Submit your own

View profile
I'm not a big fan of sequels actually. Most sequels never live up to the original. So, I don't like to write them, but I'm happy that you liked my piece so much. Also, I think it's important to let the reader be involved with the story as well. You guys are writers, use your imaginations and think of what happens next. lol

View profile
whoa, that ending i definately did not expect~ fantastic twist!!!
BelmaH said...
on Jan. 11 2010 at 6:11 am
Wow, this was pretty good! I totally love the young woman, (tough and unafraid are two qualities i love in characters!) and the ending was remarkably powerful. Have you thought about writing a sequel? I mean, she did KILL a guy, so this could be interesting.... :) great work
Lillith BRONZE said...
on Jan. 8 2010 at 9:30 pm
Lillith BRONZE, Frankfort, Kentucky
3 articles 10 photos 27 comments

View profile
Thanks for the comment! I read "just a guy" and it was well written. You are a very talented writer.
AnnonymousFate said...
on Dec. 30 2009 at 2:58 pm
This is really good. I like how vividly you describe things and how real it all seems. Please check out some of my stuff as well. Particularly "Just a Guy"