Inside the Black Forest | Teen Ink

Inside the Black Forest

There once was a German family, The Metzgers, heading to Germany’s national park, The Black Forest. The husband was a butcher in his town along with his wife working at home and their son, Hugo.

Hugo is an obese boy with blonde hair and blue eyes. He looks more like his father. He has a craving for chocolate wherever and whenever he goes. The craving surpasses obsession. If he sees a vending machine, he immediately gets a nickel and gets all chocolate brands in king size. All brands except for Reese’s because it’s peanut butter and he hates it.

The Metzgers arrived at The Black Forest. Mr. Metzger pulled into the parking lot as Hugo finished his last bar. They left the car and saw a board of missing children. "You got to be kidding me, Kathe," said Mr. Metzger, pointing to the board. "They always lose children every day."

"Calm down, Fredrik," said Mrs. Metzger. "We just only need to worry about Hugo." Hugo, meanwhile, was searching for a vending machine.

They began to walk on the peaceful trail. The parents enjoyed the sites throughout The Black Forest but for Hugo all he wanted was chocolate. For some while, Hugo’s parents were far ahead of him. He went to catch up with them but a raspy voice broke out.

"Hey kid," said the voice softly. "I have chocolate. I have all the brands. It’s all in king size. Come to me, so I will give you all the chocolates you love."

Hugo was overjoyed and went off the trail. Inside The Black Forest were dozens of elm trees and some places dim. Hugo went down deep into the forest. It grew darker.

Then he heard a cracking sound of a twig. What appeared was an enormous girl with black hair. "Who are you," she asked. "I’m Hugo," said Hugo feeling blush. "I’m Olga," said Olga feeling a blush too. "And I’m here for some man to give me chocolate."

Hugo was stunned. "I was looking for some man to give me chocolate too," said Hugo surprised. Then the same raspy voice spoke again.

"Oh goodie," said the voice gladly. "You two together can come to me. Go to the huge dark brown circle on your left. In it has a mountain of chocolate bars waiting for you two."

Both children were euphoric as they heard the voice and the mention of the mountain of chocolate bars. They ran to the left to find the huge dark brown circle.

For minutes, they passed through half the forest until they found the circle. As the voice said, it was a very huge circle like nine elephants in a herd and dark brown, much different than the color of the dirt. But there was no mountain of chocolate bars.

After the voice spoke, something appeared on a tree. It was a living being except it was not a human. It looked like his skin was elmwood. It was shorter than Hugo. It had a huge pointy nose and its eyes were bright yellow. The head had thick branches protruding with leaves growing. It also had small pointy teeth which showed as it opened its mouth in hunger.

The thing walked towards Hugo and Olga slowly. "What are you?" said Olga afraid. It stopped casually near them. "I am an Erkling," it replied. "I brought you here to feed myself."

The Erkling raised his pointer finger and pressed Olga’s nose. Suddenly, she fell down. She had turned pale and stopped moving. Olga’s was dead.

"What have you done to her!" said Hugo stunned. The Erkling turned to him. "Why I touched her," said the Erkling. "Whoever touches an Erkling will die. But if it is a child that dies, I get to eat them!"

Hugo started running away but tripped over a bone. He realized it was a pit of the children who died - the ones who were missing on the board.

"Well, of course, I speak human in all different languages, just to lure children, and I eat them because I have a taste of children," said the Erkling walking towards Hugo. "Just like my taste for you."

The Erkling lowered down to him and started to eat Hugo starting first at the neck. By now, he had already died in a flash by the Erkling's deadly touch.

The Erkling quickly and voraciously devoured Olga and Hugo as the night darkened.

The next day, Hugo’s parents were extremely worried about Hugo’s disappearance. They called the police and the police immediately searched the entire national park of The Black Forest. It had been three days but by then the police had given up.

Hugo’s parents saw his face smiling on the board and left to return to their car their hearts heavy with grief. Hugo was now on the board next to Olga with all the kids missing. In German, a sign read: HAVE YOU SEEN THIS BOY? 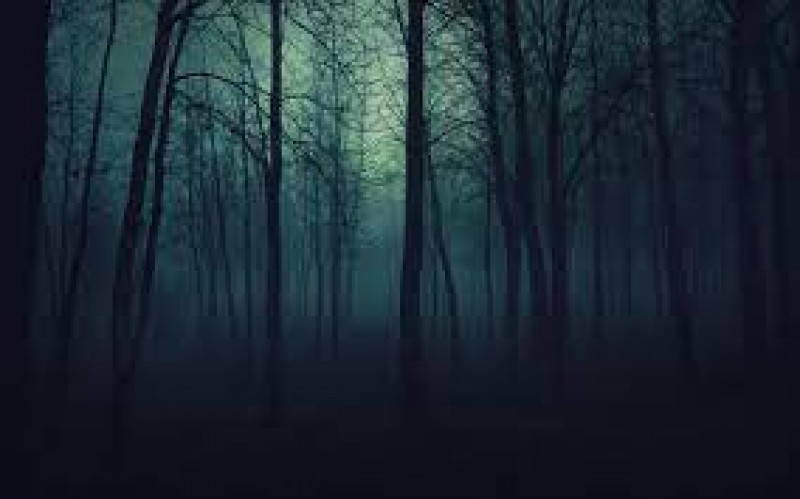 I was inspired to write this piece because I was intrigued by the monster known as the Erkling.

I like to write thriller stories intermingled with folktales and mythical monsters.