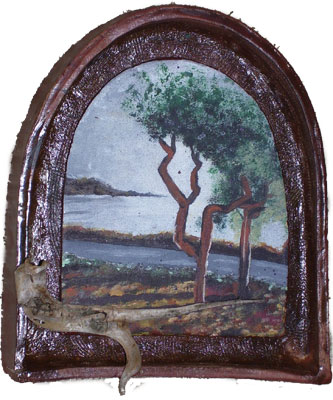 I've always been a concerned citizen about China's environment, and I'm not the kind of person to come up with a huge smog-sucking air machine. This little sci-fi piece is the best I can do.