Tale of the Royal Death Ringer

Favorite Quote:
"Love a girl who writes,
and live her many lives;
you have yet to find her,
beneath her words of guise."

Like most tales of the sort, ours begins in a land far, far, away. Where hills rolled, cattle roamed, and kings ruled. Funny, that line could have rhymed, but alas, the author is too lazy to put much thought into rhyming.

Anyway, on to the story.

We begin in a small kingdom, in a small valley, on a small patch of land owned by a big royal family. This kingdom was named Annabelle, but was given the nickname ‘Land of Bells’. The people who lived here all hung large amounts of bells on anything that could hold them. Trees, bushes, cats, you name it.

But no bell belonging to the common folk could match the vastness nor beauty of the Royal Death Bell (rather harsh name if you ask me, but I’m just the harold of this tale, not the inventor). The Royal Death Bell was used for exactly what it’s name states: announcing the death of a member of the ruling family.

Last time said bell rang, it was for the King’s-second cousin’s-daughter’s-husband’s death. He was a good man from what I hear, and may he rest in pieces (where ever those pieces are, bear attacks get rather messy when most of him was consumed before they could kill the beast).

Many years have past since the last ringing of the bell, and quite a few rumors had popped up across the land claiming that no one in the royal family will die again. “They all drink the blood of infant goats,” claims one village lady, “that’s how they stay young.”

Well I know otherwise, since the King lie on his deathbed as we speak, but it’s always fun to press an ear to the ground and listen to such nonsense. Arrogance is rather charming, don’t you think?

So the King, fondly called Millie by just a select few, was still as ever. Just a few nights prior, he was up and dancing about with his grandchildren. Singing like a loon he was. He fell to sleep the moment his royal head hit the pillow, and hasn’t woken since. His descendants paced the floor worriedly, wearing thin the fine carpeting. The only one not worrying was the little monstrosity that is his nephew. The little booger was excited that the wait for his inheritance had suddenly shortened.

Few were allowed into the King’s royal chambers, and none of those were allowed to stay long. The only one to remain was the Death Ringer. It was his job to witness the last breath of a dying royal, and to ring the Royal Death Bell the moment it happens. The Death Ringer sat straight as a board next to his ailing king; a thick coil of rope spilling across his lap and leading up, up, up to the bell.

He wasn’t to sleep, nor eat, until he rang the bell. Tough work for the ringer, but someone had to do it.

Three days had passed since the King fell into this unholy slumber, and the Death Ringer began to feel effects of staying awake so long. He was an aging man; his joints ached and his jaw popped when ever he opened his mouth. The King’s chamber’s were stuffy, and his chair was just comfortable enough that maybe he could close his eyes for a few moments...

The Death Ringer jerked upright, only to find himself on the floor. He cursed himself for falling asleep and pulling the bell as he fell. The door’s to the chamber flew open and several of the King’s decedents ran in. His daughter, the crowned princess, placed her ear to her father’s chest - only to find his heart still beating.

“Why, he’s still alive!” she cried, turning to the Death Ringer.

The Death Ringer scrambled to his feet, bowing deeply. “My humble apologies your highness,” he mumbled sheepishly, “but I seemed to have dozed for a moment, and pulled the rope.”

There were a few sighs in relief (and a couple of disappointment, mainly from the nephew). The crowned princess narrowed her eyes. “Don’t let it happen again.”

After everyone filed out, the Death Ringer took his seat once again. Every time his eyes began to flutter, he would pinch himself. His arms and legs were soon covered in bruises before he became immune to the pain of his pinches.

Alas, once again the poor ringer began to doze. His head rolled on his shoulders as he fought to stay awake. But sleep was a cruel temptress, and he slipped into darkness...

Just as the messengers were about to set out to tell the people of the false alarm, the Royal Death Bell rung forth. They all sat on their horses in confusion as their master’s rushed away to see if the King was, this time, truly dead.

Poor, poor, ringer man. Oh how his face burned when the chamber doors flew open again and everyone rushed in - again. He hung his grizzled head when the crowned princess looked at him with murder in her eyes.

“Perhaps we open a window,” a younger princess suggested, coming to the aid of the ringer, “maybe a draft should keep him awake?”

So a window was opened and everyone left once again.

The Royal Death Ringer plucked a feather from his hat once he seated himself. Every time his eyes felt heavy, he would poke his leg with the sharp point of the feather. The poking of the leg went on for some time, until the tip bend, rendering the feather useless. The ringer felt his hat for other feathers, but found none. He prayed for sleep to leave him be, but it fell on deaf ears.

Once again, everybody rushed into the king’s chambers. Down in the village, a few old woman stared up at the castle in puzzlement. One placed her weaving aside and said “Are they all being massacred up there?”

The others shrugged, indifferent to the idea of their leading family being killed off one by one.

The ringer fell to his knees, wailing “I cannot stay awake! Please, your majesties, don’t have me killed!”

Everyone turned to the crowned princess, who was fuming. But before she could condemn the ringer, the King stirred in his bed. Opening his eyes, the King sat up on his elbows.

“Will you please stop all this ruckus? I’m trying to sleep!” Then he laid back down, and died. 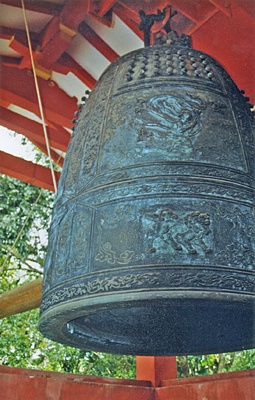