"Rain. Weren't you listening to me?"

"I was talking about rain, how it never rains here. And I know you weren't listening."

Syris sighs. He and I both know he's a terrible liar.

"What were you thinking about just now?" I ask.

He hesitates for a second, then says, "I was thinking about home."

"Oh," is all I can say in response. I can't say I haven't been thinking about home, about Earth. But our home planet is no more. It's not our home to go back to anymore. I can't keep thinking there's any hope in returning.

I put a shaking hand on his shoulder. "No. It's not stupid at all," I say. It was impossible, not stupid.

"Of course it is. We're never getting out of here. We're never going back." He stands up, digging into his pant pockets until he comes up with a cigarette and a lighter.

"Sy," I warn him, but he lights the cigarette anyway.

He puts it between he lips, takes a drag, then another, and then another. He inhales deeply before flicking the cigarette onto the ground. His boots smother the handmade roll into brown and black ash.

"I needed that," he tells me. He turns his eyes onto the ebony sky. "You're right, though. There's no rain on this planet. But I have to say, I miss the sun more."

"I know," I sigh, knowing it wasn't doing us any good to reminisce. But it felt good to talk about life before it all. Before The Others came, before they took us and locked us in this bubble.

I walk over to the wall, feel the smooth, slanted wall of thin glass. The Others told us not to try and escape, that even though the bubble is glass, it isn't like glass from our planet-- this glass is five times stronger then the bullet proof kind form Earth. But the worst part is, the glass is crystallized, so it's like a one-way mirror. We can't see anything but our own reflections, and it is impossible to escape.

"I wish we could at least be with our families," I blurt out abruptly. I can't hold back that thought. It's burning a whole through my heart. It's a painful feeling not knowing that my twin sister, mom and dad are safe.

"Why did they even put us together?" Syris says. "I don't even know you."

It's true. Before yesterday, we had never met before. He's from a sprawling city in Brazil, and I'm from the tiny town of Layton, Minnesota in the US. I hadn't the faintest idea of why they'd placed us together, but his sharp tone hurt me all the same.

"I don't know, why don't you ask Them." My voice is snappy, irritable, the same tone I used to get mad at by sister for using. I sigh, suddenly resign. "I'm sorry," I say.

Syris nods. "I know, Leona. And I know this sounds crazy, but I know we're going to be okay."

"I just do," he insists, but there is a soft, reluctant parallel to his words. There's something about his voice that makes my blood boil, makes my heart pound twice as fast.

"You want a smoke?" he asks. When I start to object, he says, "Is lunge cancer really going to kill us before The Others do?"

I take in a breath. I'm not sure what the future holds, but what I do know, is that Syris is going to be a part of it. We have to stick together: my life depends on it. 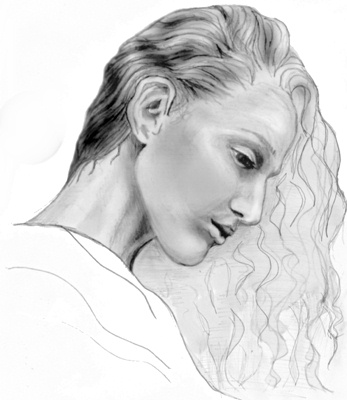