I guess I had fallen asleep. But I don’t know when. The pillowcase was damp, from my tears. Firenze was still fast asleep, one arm thrown over her head, the other hanging off the side of the bed.
I walked over to the window quietly. The sun was just coming up. I could see the town from here; we were on a hill. It seemed to be glowing with the sun’s rays just coming up. How pleasant. But – I rubbed the sleep from my eyes. The glow coming from the town seemed to be to orange for the glow of the sun. Then I realized what only it could be. Coals.
“FIRENZE! FIRENZE, GET UP!” I screamed, terror fully present in my voice. She stirred, and rolled over. “FIRENZE! The village is on fire!” This got her attention, and she jumped straight up.

“Come on, Firenze, we have to go! We have to save Nye and Father, and what if the forest catches on fire? Then Tules … ” I trailed off. I could not think about what would happen if the forest were on fire. I felt sick.

“What about my family?” Demanded Firenze. “It’s not all about Nye, you Father, or even Tules! What about Myles, Lamya, and Patrick? What about my parents?! Huh? What about them? Tears were streaking down her face. We were both total messes.

“Let’s just go, Firenze, okay?” I was tired of her stopping me from everything.

“Fine, Zilly, let’s just GO!” That hurt like a slap in the face. My best friend never mocked me like that, and she never used Nye’s nickname for me. Ever.
We ran through down the hall, and down the steps of stairs. We burst through the door, and came into the tavern. It was empty. We ran through the front door, the bell tinkling as we went. Everyone was down by the gates of the village. We joined them, and tried to push our way through the crowd of people. As we went through, someone grabbed my arm.

It was Bertha.
“Keep her safe!” She wailed at me. Her dirty, grimy, face was tear stained, and her eyes reflected my fear.
“What?!” What was she talking about?! “Keep who safe?”
Bertha took my hands. “You know!” she said. I didn’t. “KEEP HER SAFE!”
Firenze was at my arm, practically dragging me. I let her lead me through the drawbridge. Together we ran hand in hand down the hill through the ashes of other houses. Families huddled together at the edge of the road, in front of their houses.

Firenze’s house came first, or what was left of her house. The stone foundation was still visible, and a few of the walls were still up, although only about three remained of many. Her brothers and sister were huddled up with her parents at the edge of the road.
I looked at her. She ran to her family and started weeping openly. She turned and saw me watching. She straightened herself, and walked over.
“Zahili.” She looked in my eyes, and grabbed my hands. “You have to be careful. I think the fires may be still raging farther on. I can’t lose you, okay?” She squeezed my hand very hard. It hurt.

“Yes.” I dropped my eyes and dropped my hands.
I ran down the road. I passed house after countless house of rubble. There was nothing left. I saw a couple groups of people. But not many. I held back tears. I knew the people who lived there. But they were nowhere to be seen. That was where Keelin lived. But there was no sign of him, his house ashes. And Devaki. She was in my tutor group that was at the town square.

All of a sudden, I passed Rocelyn’s house. I panicked. Had she gotten out? I walked through the ruble of her house. There was no sign of her, dead or alive. She must have gotten out. My shoe bumped a wooden frame. I looked down at the remains of a beautiful painting of a room that resembled Bertha’s in rooms remarkably. Maybe she had stayed there before.

I continued walking, and finally came upon my house. I choked up. It was ruined. The white fence was breaking and black, the trees burned to points, and the chicken coop in total disrepair. The house was the worse though. I say few houses on my walk that there were totally burnt to the ground. So I had figured, that the chances were very slim that my house would be ruined. The chances were slim. But not slim enough. There was nothing left.

I looked through the ashes, and I could feel the tears flow down my cheeks, like rivers. No one was there. And then, by the water pump, I saw movement, and they were there.

I ran to them, flying like a bird. Nye was filling a bucket of water from the still standing well, and Rocelyn was kneeling by a still form lying on the ground.
“NYE!” I shrieked. He looked up, relief on his face. He stood up, and opened his arms wide. I sprinted into them, tears flowing freely down my face. He dropped his bucket of water.
“Oh, Zahili.” He whispered in my ear.
I stepped out of his embrace. “What happened? How did the fire start? What happened to Father? What will happen now?”
“Whoa there, one question at a time!” Nye laughed. How could he laugh when our house was totally destroyed?

“Fine then, what happened to Father?” I asked first, more slowly this time.

“Well, we had known the fires had started from all the screaming. So we were all out of the house. But then I remembered Rocelyn. I ran off to get her, but Father yanked me back by the collar and claimed he would save her.” Nye swallowed. He had clearly been through a lot. “Well, I told him since she was my girl, and all, that I had to. He said he couldn’t lose his one and only son. He claimed losing his daughter and wife was hard enough. But I refused to let him go. Then, he just shoved, straight to the ground! And before I could get up, he had leaped through the flaming door to save her.

“I waited. It seemed like forever, although it must have only been minutes. All of a sudden, Rocelyn came flying out the door. She stumbled to the ground. It was clear that Father had shoved her to get her out. She was crying, and going on about how he didn’t deserve his fate. ‘Who?’ I asked her. She looked at me, and burst into tears. I told her to stay put, and ran into the flames.” For the first time, I noticed the burns all up his arms.

“Finally, I saw him, buried under a pile of bricks. He must have pushed Roce right as the chimney fell on top of him. I went to help him. Zilly, it was so HOT! I pulled him out as carefully as I could, even though I still think I might have broken one of his legs.” He looked down at his unconscious father.

“Nye, you must have been amazing.” I said.

“He was.” Said Rocelyn, standing up.
“Hey, Zahili, can you go and see if you can get anything useful from the neighbors? Your father’s burns are pretty bad.”

“I should go. I could look for her while I work. That way it won’t be illegal.”

“Nye, you would sound about as loud as a cart of lumber being pulled by four oxen.” I looked at him meaningfully.
“You don’t stand a chance.”

“I know how to creep through those trees more quietly than a deer. I have snuck around those woods for years and never been caught.”
Nye grunted.
“Plus,” I continued. “You should stay here, where you can be with Rocelyn, and maybe rebuild our house and friends’ houses.”

“ALRIGHT! Whatever.” He looked down. “But it’s just, if I lose you Zahili, I won’t be able to live again.”
I had no idea what to say. Coming from the joker of the family, this was quite a speech. I shared a very special look with Rocelyn. She was thinking the same thing I was.
“Well, um … I’m going to see if I can scavenge anything from the ashes.” I said, kind of uncomfortably. Rocelyn nodded.

“I’ll go and find something from the neighbors, Roce.” Said Nye. He stood awkwardly. “Um – well, see ya, Zilly.”

“Oh, your pathetic.” And I found myself pulled into his arms for the second time in about less than an hour. “I’ll find her, Nye, I will.” I whispered in his ear.
Finally, I pulled away from him, and made true to my statement. I watched as Nye left through the gate, and then turned toward the house. I kicked through the ruble, and hit something hard. I picked it up. It was a knife. The hilt was kind of burnt, but the blade was still razor sharp and shiny, so I tucked it away in my belt.

I walked back over to Rocelyn and Father, and nodded to her. I bent next to Father, and kissed his forehead. He stirred. I brushed the hair from his face, and walked through the gate.

I didn’t look back. I should have though, because at that moment, I had no idea I wouldn’t see my house, or what was left of it, for a long, long time. 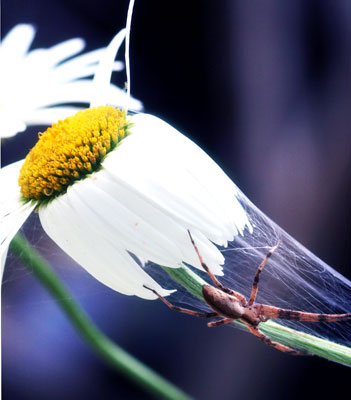