The first thing I registered was a musty scent, drifting slowly through the air before reaching my nose. I inhaled sharply and winced, startled by the sharp pain in my side. Black spots swam in my vision as a thick fog seemed to descend upon me. I fought to stay awake, needing to understand what had happened. But slowly, I gave in and the pain faded away.

I was awakened by the sound of rain pitter pattering on the roof. I struggled to open my eyes, only to find I was unable to do so. I had evidently been blindfolded. I tried to reach up and take the blindfold off but my arms seemed to be glued to my sides. They seemed to be tied to a railing or post of some sort. I tested my legs and concluded the same. Terrified, I fought to remember what had led me to be in this position but drew a blank. The pain in my side was intensifying and I winced as I tried to stretch out my aching body. Tears gathered in my eyes and I fought to keep them at bay. Not knowing where I was and why I was there contributed to my feeling of despair.

As I struggled again to remember what had happened, bits of images floated through my head - my mother, standing in the doorway, crying; my brother fighting with two large men in my living room; my father bleeding on the floor. I choked back a sob. My head pounded fiercely as I attempted to make sense of the barrage of images flying through my mind.

Suddenly, I remembered. At that moment, I knew where I was, I knew why I was there and I knew that there was no hope for me - not anymore. The tears I had fought so hard to keep from falling riveted silently down my cheeks, leaving my face wet and cold in their wake. If not myself, I wish I had been strong enough to save my family.

The rain pounded fiercely around me as I sobbed, crying for all I had lost and all I was going to lose. As I laid there feeling utterly shattered, I heard a sound - it seemed like someone was talking. I strained to hear what was being said but the voice was too muffled. But I soon got my wish. The door opened slowly as the person walked inside. Then another voice joined the first. My despair slowly turned into fear. Before I could process anything more, the blindfold was ripped from my face.

In my turmoil, I had not realized the men had approached the table I was trapped on. The bright light nearly blinded me and I squinted, trying to take in my surroundings. It seemed like a laboratory - bright white lights shone overhead and medical equipment lay a few feet away. The room had a damp feel to it - explaining the musty smell, which I thought odd for a laboratory. Looking down, I saw I had been restrained to a metal table with buckles.

“Looked around enough?” a gruff voice asked from beside the table.

I jumped, having forgotten there were others in the room. My eyes widened as I registered my captor - my father’s childhood best friend. Hope inflated like a balloon in my chest.

“Uncle Grant! Please, you have to help me. Hurry! I don’t know who is responsible for this but please, get me out of here so we can go home!” I pleaded, my voice breaking.
He stared at me for a moment with genuine confusion on his face. Then he started laughing. The entire room shook with laughter as he managed to say, “Why would I ever help you escape when I went through all the trouble and finally have you at my mercy?”

My eyes widened as realization dawned on me. “You- I- I can’t believe- How could you?” I finally managed to get out.

“It took a long time dearie, nearly twenty years of waiting for the right time, gathering the right material, forming the right plan. I nearly lost my mind. But look what it got me - you. So I guess it was all worth it, eh? Then again, that’s still to be determined - depending on how useful you are to me,” he finished. His cruel eyes studied me, delight evident on his face.

Fear shone brightly in my eyes as I asked, “What do you want from me?” even though I already knew the answer I would receive. Somehow he had found out.

“Now dear, don’t play dumb with me. It doesn’t suit you. You know what I want. I want the same thing everybody else does - the thing your family tries so hard to hide from the world. I must say, they did a pretty good job. They never intentionally told anybody, not even me and certainly none of your father’s other friends. It merely slipped out one day. You were nearly five years old at the time. Your father was at my house - we were having a good time, drunk as usual. ‘Ari is special,’ he whispered to me. I, of course, was confused and questioned him. He went on to explain your power to me - your ability to heal. To bring back those on the brink of death. I didn’t believe him at first, certain that he was more drunk than usual and simply blubbering nonsense. But the next morning, he asked me whether he had said anything strange about you - averting his gaze when asking me. That’s when I knew that all he had said was true - every single word.”

He paused and glanced at me. I had guessed that he would say something like this because I knew with all of my heart that my parents would never intentionally tell others about my gift for fear of scrutiny, testing and exploitation. I had always been taught to hide my gift and act as if it didn’t exist. My head pounded as I struggled to process all of the information I had been presented with.

“So what exactly are you planning on doing to me?” I whispered.

“You’ll soon find out. Be patient,” was the last thing I registered before his figure moved close and I felt the prick of a needle in my neck. But at least I had gotten some answers, was my last thought before I lost consciousness. 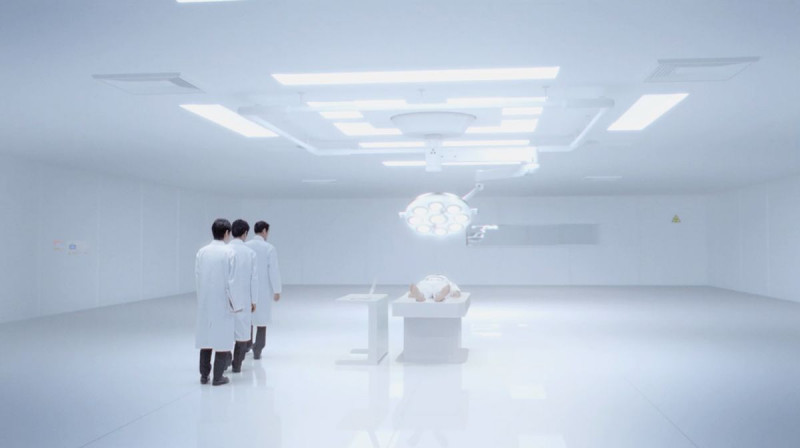 This short story was inspired by those with special abilities and their fear of scrutiny. Nobody should ever feel as though they have to hide from the world for fear of exploitation or torment, and that is what I hope people will take away from this story.