The Game of Love | Teen Ink

The Game of Love

This is it. This is what I have been anticipating for who knows how long. And it’s perfect, better than I have ever dreamed. I am right where I belong and where I will try to stay as long as possible. Finally my dreams are reality as he takes his hands and lightly places them on my neck and I melt at the touch. Today couldn’t get any better…
¬¬¬¬¬¬¬¬¬¬¬¬¬

Love. You see it in the movies; you read about it the books and you always see people around you happily soaked in it. But have I ever experienced it? No. Unless sneaking a note into his lunch, declaring your love to him (third grade) or telling everyone that you like this one guy (sixth grade) counts as being in love. Besides that, I don’t think I have firsthand knowledge at love. And I don’t intend to any time soon. It’s stupid. Really, spilling your heart out to someone that you kind of, sort of like and just have your heart broken at the end doesn’t sound like my cup of tea. Right now I am just focusing on school and nothing else. Stanford isn’t going to accept me if my grades go down one year because I was totally obsessed with some guy, right? Of course that doesn’t mean that I can’t possibly have a tiny crush on someone. My best friend to be exact.

Walking out of the classroom, I pass by a group of varsity football players by the drinking fountain. Staring at them I notice how immature they all are. It’s crazy how some girls drool over these guys, even though I may be one of them soon. As I pass, I notice one guy look up at me and he smiles. I smile back and wave to him. It’s Drew, the quarterback of the team, otherwise known as my partner in crime and my crush. You know how I said that I wrote a love letter to a guy in third grade? Well that was Drew and after that letter, we became best friends. It was weird, like the whole letter thing. He acted completely cool and didn’t taunt me unlike most kids in third grade would have done.

Drew says something to his football buddies then runs over to my side. “Hey Meg. Where are we headed?” he asks with a lopsided grin on his face.

“Well I’m headed for Pre-Calculus, I don’t know about you,” I tease.

“Nerd!” he teases back and I pinch him in the side. He lets out a small yelp as I laugh at him.

“Weenie,” I reply. “And you’re supposed to be a football player?”

“Yup, the best you’ve ever seen,” he says, putting his arm around my shoulder as we make our way through the hallway, meanwhile my face is turning bright red.

“Here’s your stop,” he announces as he stops in front of the math building.” See you at lunch?” he asks me which is stupid because we always hang out at lunch. I just roll my eyes at him, say bye and head into class. For some reason I get a weird feeling that he is still looking at me when I’m already gone so I turn around and sure enough he is still there. He has his hands in his pockets and a slight grin planted on his face. He sighs then turns around with a weird expression that kind of tells me that there might be more to this friendship. But that might just be me wishing it was.


At lunch, Drew greets me with a great, big bear hug. “Hi to you to,” I tell him, gasping for breath afterwards. Once I’m free he asks if he knows what tonight is. “Um, game night like every Friday night?” I reply, wondering what the catch is.

“Yeah, but it’s not just any game. It’s the game,” besides him, his friend kind of grins at this and they both share some secret for a second. Weird.

Walking away, Drew’s friend whispers something to Drew when he thinks I’m out of earshot. But he’s wrong; I can hear everything he says to him. “So you are really going to do it?”

There’s a long pause by Drew as I wait to hear what he says. “Yup, it’s about time,” is all he says. What? What’s about time he does? I guess I will find out sooner or later. I just wonder if it is good or bad.

The score’s 13 to 14, our team is losing. And there is only a minute left. There, against the fence that separates me from the field, I’m wearing Drew’s jersey screaming like crazy, cheering him on. Our opponent had just scored and kicked off and now their huddling up for their next play. Suddenly Drew’s head pops up out of the group and he looks right at me. Of course the person next to me chooses then to start up the conversation. I turn to them and try to shut them up but it’s useless.

Suddenly the crowd becomes silent, well as quiet a football stadium can get. Turning around to see what just happened, I see Drew just feet away from me and the fence and he’s running. Soon he is right in front of me, thanking the person next to me. So this was some sort of plan? My eyes grow wide trying to decipher what is happening in front of me. Then he starts talking to me, a minute left in the game! Call me crazy but I don’t think that is completely normal.

“Meg, you must think I’m crazy right now…” I nod my head at this, speechless, but he keeps going, “but there’s something I have been meaning to tell you.”

I just have to interrupt at this moment. “So you choose now?”

“Meg, can I finish?” He doesn’t wait for an answer. “Anyways, I like you. A lot. And I want you to be my girlfriend. And I don’t think I can take no for an answer.”

Shocked, I say the first thing that comes to my mind. “What if I say no?”

“Then I will lose this game, on purpose. And everyone will blame you for it, are you sure you want that?”

“What makes you so sure that you will score,” I test him.

“Megan! Enough of this back and forth just say yes!”

I look from the scoreboard to the big screen where both Drew and I are shown. “Fine,” I say, “But go before I change my mind. And makes sure we win!”

He smiles like crazy as he darts out to the field to score that touchdown that he must make. They hike it to Drew then his fake hand off to his team member fools some of the opponents. He then runs like a maniac down the field and dodges at least five guys like a professional. Thirty seconds left there is one more guy right in front of him. Expertly he turns around him and makes it to the end zone. Everyone is screaming and all we are left to do is make sure they don’t score. The next thirty seconds goes on forever and finally the game comes to an end without any advancement by the other team.

The team is going crazy and I catch Drew looking for me from across the field. Once he sees me, he smiles and motions for me to come to him. I jump the fence swiftly and dart towards him. I run right into him and he embraces me and twirls me around. When he is done, he steady’s me on the ground and puts his hands on my neck and looks into my eyes. “Hi, girlfriend.”

“You know, I actually kind of like the ring to that,” I tell him.

He laughs and says, “Good, because that’s what I will be calling you for hopefully a long time.” He smiles and slowly leans into me and I close my eyes. I have actually dreamed about kissing Drew before but nothing compared to the real thing. When we finally come up for a breath I say to him, “As long as you keep doing that, you will be calling me that for a while.”

He laughs and tucks a strand of hair behind my ear. “You know, I was kind of scared you were actually going to say no for a second, you surprised Meg…” he just keeps talking and I have to put my finger to his lips to stop him.

“Shut up. I have dreamed about this moment to much for you to mess it up!”

He smiles at me again and inches toward me and presses his lips against mine. The crowd disappears behind us and now it’s just me and him, a long road ahead of us. Nothing can ruin this. 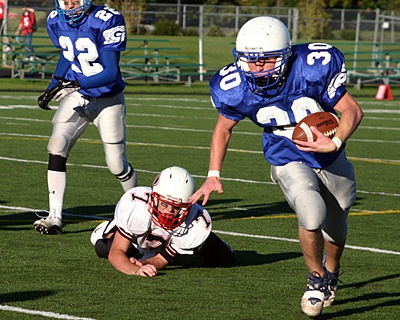 havingfunwriting said...
on Oct. 28 2010 at 6:06 pm
aw this is so cute! and i LOVE the way they were friends before the relationship started. nice work!