It all starts out with me, at 16, going to a vampire school, and yup you guessed it. I'm a vampire. A bloodsucking, terrifying, amazing vampire. I just know you're ecstatic.

So, it's Monday night, assembly time here in our wonderful school Evernight, woo-hoo. And lucky me, as one of the newest students, I get to sit in the first 5 rows! Trust me; I'm definitely sitting in the 5th row, the farthest seat possible from the stage, while managing to follow the rules, of course.

I look around into the entire school's faces, and all of them look so bored as the principal drones on about tedious things like when the next VPTA meeting is. Ugh, we'd all rather poke our eyeballs with needles. We're all just sitting there, like, seriously, falling asleep. It's 7PM at night! Way too early to start night school, stupid shortened days in winter. So we're all bored to death (ha ha get it? Death...we're vampires? Ha...never mind.)

Except, chirpy, cheery Alison Brown. Get this, she's sitting front row, first seat right under the principal, hanging on every word she says. The chick's taking notes! And without coffee! She’s inhumane. God! Well, back to us normal ones, it seems like it's going to be another boring as hell (ha, ha, get it? I am on a roll! Hell...we're vampires?Ha...never mind) night in our fair school.

Then all of a sudden in the back the doors slam open. We all jump 3 feet in the air, man, are we awake now,and think, oh no, whoever slammed the door on Principal Bitterman,(I'm dead serious here, that's her name, totally fits, if you ask me) is gonna get weeks of detention and is probably going to end up cleaning her office (it is a pigsty in there!).

We all turn to look who the perpetrator is and in walks the most gorgeous guy ever. He's like a Greek god. He's so hot and all the girls are drooling into their hair (including me).Of course, all the guys are completely jealous that their girlfriends are drooling buckets openly over one guy. But he's completely oblivious to the thousand of stares! He just keeps his sculpted face straight, not looking at anyone or anything but the stage. We all wonder why he's not afraid of so many gazes, and as we look, all us girls, our spirits plummet.

His arm is draped around a girl's shoulders, comforting, yet a little protective. You could almost feel the disappointment in the air, well, from the girls. From the guys, they're happy that he's taken and they don't have to worry about their girls being snatched away by this hottie.

I'm sitting next to my best friend, Alexa, and I ask her, “Oh my god, who is that?”While I proceed to check out this Adonis some more. Long, black hair sweeping to the side,partly covering his left eye. Every so often, he would flick his hair out of his eye, but as it settled, it would go back to its original position. Over his eye. And his eyes, dear god, his eyes. They're a dark green. So dark, that you can hardly tell the difference from his pupil, and the iris. The green was peculiar. It was shifting colors ever so subtly as you watched. It went from an emerald green, to a lighter, almost muted, moss green. They were mesmerizing. They seemed as if they could look right into your soul, and know every single deep, dark secret of yours, without you even opening your mouth. And even though his irises were shifting, his glance didn't stray. At least, that was how it seemed. But as you looked closer, you could see, he glanced around every so often, a fleck of worry in those eyes. Those achingly familiar eyes, but I couldn't place it. Who is this familiar stranger? 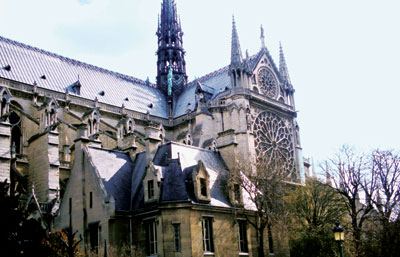 View profile
OMG this is so amazing and funny! im deff reading the next chapters! great job!