I was lying on the stiff mattress of a Holiday Inn hotel room. I couldn’t stay with Cole in his dorm, so I decided to spend the night in a hotel. Tomorrow morning, I would go to the airport and fly back home to New York.
The five of us ended up going out to dinner at a quaint little 50’s themed diner, which turned out miserable. At least for me it did. Shaun and Megan ended up getting back together, so they spent the whole time talking and smiling and laughing with each other. Cole and Katrina did the same exact thing too. So the entire night, I was ignored.
Tomorrow, Cole, Shaun, Megan, and Katrina all had to go to class. So I wouldn’t even get to say goodbye to Cole before leaving. My face was hot and blotchy from all the crying I’d been doing, and now it was one-thirty in the morning and I couldn’t fall asleep.
As I laid there awake, I found myself thinking about Ash. And I found myself wishing that he were here with me. After my imaginary ghost encounter, I’d focused more on Cole. I’d began to not appreciate all of Ash’s love for me. But I was wrong to do that and I knew it.
Sighing, I grabbed my cell phone off the bedside table where I’d placed it. I hadn’t turned it on since yesterday before I left to chase after Cole. So I decided that now was as good a time as any to see how many times Kristy and my parents had tried to get a hold of me.
I turned it on and the screen became bright and full of life. I had a total of thirteen missed calls. Five from Kristy and eight from my parents. Next, I checked all of the texts I’d received. First, I read all of the ones from my parents’ cell phones.
Evalynne, where are you?
Why aren’t you answering you’re phone? Are you ok?
Evalynne, pick up you’re phone now! We’re worried about you!
Please answer you’re phone! We’re freaking out! Where are you?

I felt bad for getting my parents so worked up about all of this. But I put those feelings aside and read the texts that Kristy had sent me.
Hey, u ok?
Evalynne? U there?
I know ur probably not in the mood to talk, but please answer ur phone.
Come on, pick up the phone!!!
Evalynne, ur being ridiculous! Just talk to me please!
That’s it. I’m coming over. I will make u talk to me.
Ok, so now ur not answering the door? Fine, I see how it is. But I’m warning u. I’ll be back!
Ok, Evalynne, where are u? For real, ur parents are seriously freaking out!
Evalynne, this isn’t funny! Pick up ur freakin phone!!!!! I’m not joking!!!

I heard her gasp at my malicious eruption. “I’m not the one who tried to kill myself.” she remarked, her tone dark and smug. “You put Ash’s mom in a coma. You gave her Alzheimer’s disease. If it wasn’t for you, she wouldn’t be dead right now. You killed her. So I’m not the psychopath here. You are.”

I could barely believe what I’d just heard. Kristy knew very well that I was extremely sensitive about that. Yet she’d brought it up. She’d used it against me. She’d purposely tried to hurt me. And she’d succeeded.
I couldn’t help but find myself questioning our friendship. It seemed like ever since I met Ash, all we’d been doing was fighting. Our friendship was falling apart at the seems. But no matter how much we fought in the past, she’d never said this to me. And I’d never spoken to her the way I just did either.
So I couldn’t help but wonder if this was the end. If we really were friends, neither of us would’ve have just said what we did to each other. Both of us were silent. And I had a feeling that Kristy was thinking the same exact thing as me.
“Well,” I finally said, “if that’s really how you feel then maybe we aren’t really friends.”
“Maybe we aren’t.” she stated in response, her voice even.
“Alright, well I’ve got to go. I need to get some sleep.” I told her, my voice wavering a bit.
“Same here,” she replied.
“Bye,” I said.
“Bye,”
I flipped my phone shut and stared at it for a moment. I couldn’t believe what had just happened. I barely even noticed the tears falling down my cheeks. I was so used to crying by now that I didn’t really realize it anymore.
I put the phone back down on the bedside table and rested my head on the slightly stiff pillow. All I wanted at that moment was to sleep. I wanted to fall into a deep sleep where I wasn’t aware of the reality around me.
I wanted all of my hurt and emptiness to disappear as I dreamt of happier times when I was with Ash or Cole. Or when Kristy and I were still friends. Of times when my life wasn’t a complete nightmare.
But I knew that even if I did fall asleep and dream of all of these things, it wouldn’t last. I would still wake up. And when I awakened, Cole would still be with Katrina, Kristy would still completely hate me, Ash would still be dead, I would still be all alone in a Holiday Inn hotel room in Michigan, and my life would still be a living, breathing hell.
So instead of sleeping, I laid there awake. Because I didn’t want to experience happiness only to wake up and realize that it wasn’t real. 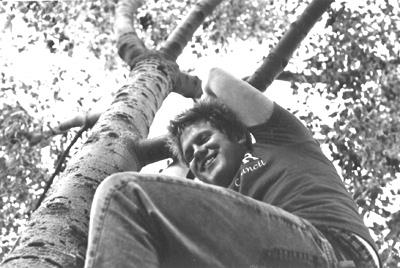 The author's comments:
Sorry I kinda messed up chapter 10, I accidentally put both chapters 10 & 11 in one lol so I just turned chapter 12 into chapter 11 no need to be confused though, if you just read the one labeled chapter 10, then this is the chapter you should be reading :)
Post a comment
Submit your own

View profile
grrrrrrrrrr. kristy seriously annoys me. but she is a very well portrayed charact. another great chapter (s)....