Recovery Because of You--part 2 | Teen Ink

The ride to the school wasn’t as long as I expected it to be. My eyes were closed the whole time so I didn’t even notice that we got there till Aunt Clair tapped my on the shoulder.

I remove my earphones from my ears and look up at the building. It pierces the few clouds and blocks out all the sun. Now this is what I hate about big schools. Where are you supposed to suck in all the extra vitamins if there is no sunlight? This thing looks nothing like a school. It lies in between a haunted mansion and an apartment. Ok yes. It does have that gothic feel to it. The flag pole is rising almost as tall as the building itself. There is about a million windows and the glass doors loom over every student that walks by. There is another building to the right. It looks miniature compared to the building itself but it does have its own giganticness to it. It had a small sign over the door that read FITNESS CENTER.

Aunt Clair parks in one of the parking lots that have boring cars in them. Nice. Now her car won’t stand out as much. She smiles at me and opens her door, while I slowly open mine as well.

The glass door into the building weighs a ton. It takes Aunt Clair a while to get it open till I give her a hand. The inside is just as surprising as the outside. Down the hallway are some blue lockers and a door that reads auditorium. There are about five blackboards that display certain activities and clubs. The floors are waxed and to my right there is a door that reads office. Aunt Clair and I proceed into the front office.

Inside is pretty big. There is some leather waiting chairs in the corner and there are three desks behind a counter full of papers and handouts.

There is a lady in a green blouse and bleach-blonde hair. Her skin is so tan it looks orange. Especially with her white hair. When she sees us she smiles brightly. Her teeth are kind of crooked and there is an adorable gap between her two front teeth.

“Yeah, “Aunt Clair says formally, running her hand though her dark hair. “My name is Janice Clair and this is my niece Constance.” She gestures to me.

“Nice to meet you Miss Clair and Constance,” the receptionist turns to me, “Last name?’

She turns to her left and grabs a piece of paper full of names. “… Harriman…Henderson… Hinders…Hélène! Right here, “she types something into her computer.

I glance behind her at the other two desks. Sitting on one of the desks with a phone pressed to her ear with her shoulder is another receptionist. In her hand is a pen, scribbling furiously onto a paper. She has bright red hair that tumbles down her back like water.

Next to her is another person with black hair. Her skin is dark and she has lovely brown eyes. Her black hair frames her face into a huge curly puffball and she’s wearing a long brown dress that accents her skin color and long limbs. She waves kindly as she catches me looking at her.

Standing over a fax machine is a boy who’s turned so I can’t see his face. He’s wearing jeans and a white shirt. Around his wrist is a red bracelet wraps around his wrist like a snake.

“…here we go,” The lady in front of me says, handing over stacks of papers to Aunt Judith “Sign here and here. Initials here and Constance, you can sign over… here.”

Aunt Judith smiles and strides over to the waiting chairs as she starts signing. My mind wanders as I stare at the dark commercial carpet. I hate when my mind wanders but at this moment I can’t do anything to stop it, especially when I’m thinking about that night.


It was a Wednesday night. The sun was high up in the clouds—unnaturally, considering it was about 8:30 pm. Mom and dad just came home from teaching at the University an hour away from our house. Mom teaches Literature and Dad teaches Physics. I arrived home ten minutes later from school. I was already an outcast so nothing really changed in the future. Anyways, dad said to get ready for dinner so I went upstairs to clean up. My room was painted bright yellow and pink—back when I was into those kinds of colors. I remember taking a shower that wasn’t that hot because mom was doing laundry and I guess she was using hot water.

We ate dinner like a normal family, passing the food around till we were full. Later that night, I waited till I heard mom and dad’s steps proceed into their bedroom. I pulled on some jeans and sneakers and went into the bathroom to straighten my hair. After I was done preparing I snuck out of my window, knowing how to jump on the tree branch exactly so as to not break it. That night I went over Kari’s house for the party. Her parents were away at a cruise so she had the whole house to herself. A lot of people showed up and I have to say, that was probably the best party I had ever gone to. I left a little early though because my head was starting to ache from lack of sleep because my internal clock was about to ring in two hours.

I rushed home to the most shattering sight. Two fire trucks were on my lawn, along with three police cruisers and the local news truck. The house looked fine from the outside so I thought they were at the wrong house. I went to my neighbor that was standing with her hand over her mouth. When she saw me she ran over to me and wrapped me in a hug. I gently pried her away from me.

“I think they have the wrong house.” I explained, reaching for her trembling hand. She shook her head slowly.

“Can’t you hear? Listen, the alarms are on.” I extended my ears till frighteningly, I heard the smoke alarms. They were now louder, making the throb in my head reach to it’s limit.

I limply sit on the grass and my neighbor does so too, her hand in mine.

“Have you seen my parents?” I whispered, knowing no one was listening. Minutes later— 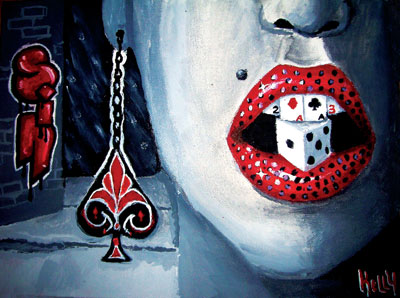