Favorite Quote:
“I believe that everything happens for a reason. People change so that you can learn to let go, things go wrong so that you appreciate them when they're right, you believe lies so you eventually learn to trust no one but yourself, and sometimes good things fall apart so better things can fall together.”

Oh golly gee, this is turning out to be the best Halloween ever! Looks like all treats and no tricks tonight!

"Girls, dinner is here! Are you hungry?"

"Duh!" we all replied. [dialogue brushstroke]


Now I can assure you that there is no creature on Gods green earth that could eat more Chinese take out food than a teenage girl, it's absolutely astonishing to watch them in action. I would know, I'm one myself and I'm quite partial to the chicken and broccoli with oodles of soy sauce, although shrimp lo-mien with hot and sour soup is a close favorite!


Ravenously, we sat down at the table and all helped ourselves to heaping piles of steaming wontons, rice, chicken, noodles, and egg rolls. Stuffing our faces we chatted about school and boys, nothing more, nothing less. The usual when we are all together.

"What?" I inquired, only half caring. For it has been proven that Amanda overdramatizes everything and isn't a credible source when it comes to gossip.

"Brody just texted me and he wants to know if you are with me!"

"Oh my god, are you serious? Like for real? Mandy, you've got to be joking, you always are."

"Yeah, not this time! I'm totally serious, look, it says his name right here in my contacts!" As a result of pointing to her phone screen to show me, she got sticky duck sauce finger prints all over her new iPhone, not that she cared. Her priorities are indefinitely screwed up.

Everyone snicker with delight, or what I thought was delight at the time.

"What are you girls talking about? Not boys I hope!" Amanda's mom addresses us in that I'm-going-to-be-a-really-cool-mom kind of way.

"Oh, of course not!" We all fibbed with blushing faces. Raging hormones and mysterious boy texts don't mix well, actually they might be compared to mentos and soda pop.

Once we returned to the cozy yet lavish basement we were all forced to sit down and work on our excruciating [spotlight word: 3 points] math homework. All of which was assigned by an inconsiderate math teacher who, of course, doesn't fully understand the importance of NOT having loads of homework on Halloween night. Amanda and I sat in a squishy love seat together like the bosom buddies we are. While Georgia, a short, spunky Latina girl who likes to tell things exactly like they are, and Elle a tall thin, blonde who posses a preppy flair yet remains as down to earth as possible, sat on the sofa, facing each other and comparing answers. Carmen, our more quite friend (who secretly annoyed us to death!) was coming later and missed out on all of the productive and stimulating, doing of homework. Amanda and I tried our best to work through the problems with the upmost integrity but about halfway through we just couldn't take it anymore. So of course we stalked people on Facebook, what else? Landing on the profile of a crush that we had in common we watched a video of him tripping in football over and over again. We laughed so hard Elle had to go into another room so that she could finish her homework, we admired her for her persistence. Although, we knew that we would never learn to conduct ourselves in such a manner.

Finally it was time to get ready for trick or treating. I put on my costume, as did everyone else. I felt great and thought I looked as hot as the sun! [figurative language brushstroke: simile] Suddenly Amanda screamed! We all rushed over wanting to know what was so important. By this time Georgia was with us and we were all feeding off each others energy. Making the moment even more exciting. Amanda told us that Brody had texted her and wanted to know if I would go out with him. Stunned, I stood there for a few seconds. Doubting that there was any truth in this I asked her if she was lying. After being reassured a few times (by both Elle and Amanda), I texted him back saying that I'd love to and that we could make plans later. He replied with an open ended 'I can't wait.' Leaving much wanting to the imagination, an excruciating pastime. Suddenly I was on top of the world and thought that noting could ever bring me down from cloud nine.

For another half hour we put on a little concert for ourselves in the basement. Pretending to be famous rock starts strutting around on stage in front of millions of adoring fans. With amazing air guitar skill, [prepositional phrase brushstroke] we rocked out to the latest jams. Then the clock struck nine, not midnight, but nine and we ran outside.

The brisk, black [spotlight word: one point] October night air immediately brought out the rosy hues of my cheeks and made my nose all but freeze up. Too excited to care, we set out on our quest for candy and neighborhood domination. The wind whipped across the road and whistled through the trees. The sky was clear enough to let even the dimmest of stars light shine; although the majority of the light was coming from the celestial full moon floating quietly above our heads.

After we had collected candy from half of the 'hood I noticed Elle and Amanda whispering, Georgia left my side to go see what was up.

"Don't tell her yet this is too much fun!" Georgia whispered.

"I don't know." Said Carmen who had just joined their conversation.

I was still up at the house collecting my candy and idly chatting with a substitute teacher who frequented our school. As much as I liked her I only listened to half of what she was saying, more interested in what my friends were talking about, especially because they were hiding it from me.

It was apparent Carmen was hurt by that comment, as there had been problems between the two girls in the past.

"We can tell her tomorrow, I just want to see what he his expression when she walks into school and acts like they're a couple.

"Um..hey guys. What's going on?" I inquired, eager to find out what was so top secret. that they weren't telling me about it.

"Oh nothing" they all mumbled averting their eyes from my glare.

"You guys can't just say nothing, I know y'all better than most anyone and I know when you're lying to me."

"Fine! We were going to tell you tomorrow, so you can't be mad. But the texts that you thought Amanda got from Brody were really from Elle. We just changed the contact names so that you would think he asked you out. You have to admit it was pretty hilarious, you should have seen how happy you were. your face was priceless. All we wanted to do was see what Brody would say to you tomorrow!"

"Don't be mad? Did you fall and smack your head on the freaking pavement? Why in the world would I not be mad. I thought that I could always, always, trust you guys!"

Well, I guess I couldn't always trust them. I ended up walking alone the rest of the night and when my mother picked me up I bust into tears the moment my butt hit the seat of the car. Feeling like a stranger in my own life, my thoughts spiraling out of control and my eyes brimmed with dozens of whopper tears.

"What is wrong with you? Are you hurt? Is everyone okay! Rachel, talk to me!" My mother asked her questions in rapid succession, her momma bear instincts kicked into high gear.

"Nothing, it's stupid and I shouldn't even be mad! But my friends, pulled this cruel prank on me..."

I explained the whole situation to my mom. Letting her know I wasn't mad that I don't have a boyfriend, I could care less. Brody was kind of mean anyway. After this whole debacle I was over him! But I was upset that my friends would all come together to do something so mean to me all at once. Even Elle whom I thought would never lift a finger against me, suddenly possess a serpentine [stoplight word: five points] nature. And not for revenge, or to be mean, I hadn't done anything to them! But out of pure spite and for their own entertainment, looks like I got all tricks and no treats this time... 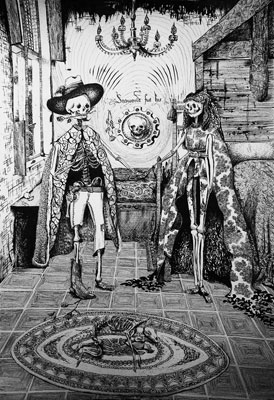 The author's comments:
Ignore the spotlight and brushstroke stuff! It was for an English class. Other than that enjoy!
Post a comment
Submit your own