So after chorus, we had this meeting in the library. By the way, the library was HUGE! Floor to wall shelves filled with books. But anyways, at the meeting, we went over these rules, and then the gave each student in our grade a thousand dollar laptop. So Chasity was right, a laptop! My own. At least until the year was over.

As the bell rang, I left school and walked home, thinking, it wasn’t so bad after all.


Right as I got home, I created an AIM, and added Chasity, Spencer, and Ben. Then, I opened a chat with Chasity.

Chasity017: well, remember how i said she was in our band, and then quit? it was because we had an x-mas dance, and ben asked her to go with him, and she said no, and she thought it would be awkward to still be in the band with him, so she quit. so now ben hates her for it, and she thinks it’s still awkward.

NatalieNat13: ya, like i believe that. sounds really suspicious. u no who he likes, don’t u?
Chasity017: ya. but i can’t tell.


I had this sickening feeling I knew who it was, and that she was a thirteen year old who was a new band member.

NatalieNat13: i can guess. wat am i going to do?

Chasity017: just don’t let him catch on you know. so u don’t like him?

NatalieNat13: i don’t know. i haven’t known him very long.

Chasity017: there r a lotta girls out there who would say u r veeeerrrrrryyyyy lucky.


I stared at the screen. Don’t hurt him? That was a very serious request. My being his friend, just his friend, could hurt him. When a chat with Ben popped up, that was when I quit AIM for the afternoon.


My mom got home at 5:00. She had Chinese takeout under one arm, and her purse hanging on the other.

“Hey Mom, how were auditions?” I asked her, fooling around on my computer.

“They were great, honey! You have no idea how pleased the judges seemed. I think they really liked my voice!” She seemed so excited, that the troubles with Ben sort of left my mind, and I was just really happy for her.

“So, do you think you got the part?” I asked her, sorting through the chinese food.

“I’m not sure, there was this other woman, she was good, had a nice loud voice, and she was gorgeous, and there was one part in the audition where I messed up a little, so I guess we’ll just have to wait and see.” She said.

“That’s cool, I guess.” I didn’t want to ask her what would happen to me if she got the part.

“How was school?” She asked me.

“Okay, met a couple of brats, but also three really awesome people. And guess what?” I didn’t wait for her to guess. “Those three awesome people said they have been trying to start a band, but need a singer! And they said I could do it!”

“That’s great, Nat!” She exclaimed. She seemed kind of withdrawn. Maybe she was upset by my reaction to her good news.

We ate a good big dinner of Chinese food in front of the T.V, watching the finale of one of Mom’s favorite reality shows. She got all choked up in parts. Shows how obsessive she was over it.

After I finished, I put my plate in the sink, and waited for Mom to go into her room for the night. When she did, I opened up my laptop, and opened AIM.

Ben had left me a message. I closed the chat, not even bothering to read it. 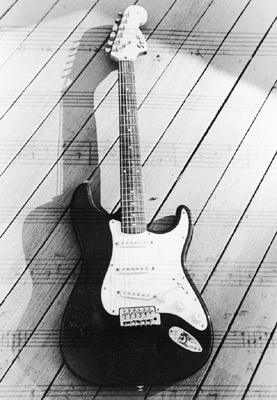