The Spots on the Ceiling | Teen Ink

The Spots on the Ceiling

It is summer. God, I love that word. It comes to mind happily, bringing the image of a beach, the feel of hot sand in hotter toes, of being weightless in a sea of blue, and of friends laughing around a bonfire.

Today, though, this word isn’t doing anything to cheer me up. In fact, one could say it’s only contributing to my already foul mood. It is summer! I should be in that pretty beach, feeling that awful burning sand on my toes – maybe even organizing a gathering of my schoolmates around a fire!

I gaze outside longingly. My mother’s family lives in Miami, and every year we spend July becoming couch potatoes in my grandmother’s house. I’ve become pretty used to it, obviously, only this time it’s even worse (if that’s possible), because there’s a new baby crying all the time and my aunt’s always working so we can’t borrow her car and go out until four o’clock. Every single gorgeous morning is wasted in front of a computer screen – there’s nothing better to do than lurk around Facebook and see if one of the girls is as bored as I am.

I wish I was back home.

My mother asks me to toss her a towel. That’s another awful thing about this tiny house – the walls are so thin, she doesn’t have to yell even though she’s downstairs, which means we have to be quiet all the time, because of the baby and all. I leave my chair, stretch, and stumble into my aunt’s closet sleepily. Towel, towel, towel… my eyes finally zone in on a big green lump. Towel! Apparently Facebook has not only become boring from abuse, it has also gained the power to slowly kill my neurons, depriving me of coherent thoughts.

I let the towel float down to my mother and return to my chair with a sigh. I hum a song. I twirl. There’s no doubt about it – I suffer from a severe case of boredom.

The TV drones in the background. It’s on Lifetime, for whatever reason, and I don’t even remember turning it on. I groan as Patrick Dempsey’s face comes into view. Everything irritates me today, but this is too much. If I have to watch another episode of Grey’s Anatomy, I’ll scream.

My mother calls me down to lunch. I frown, losing track of time is not like me. I’m not hungry. The steps creak under my weight as I obey and my grandmother frowns disapprovingly, gesturing to the sleeping baby in her crib. I shrug. It’s not my fault her house is old and noisy.

My gaze falls on the largest picture in the hallway. It’s a great picture of me, the best I’ve ever had taken – which is probably why my mother brought it here as a gift last year. From the dark blue frame smiles my friend Diana, and I think of how appearances can be deceiving. The snapshot was taken last year at my birthday party, and caraless as she might have looked at the time, I knew Di was torn apart by her parents’ divorce.

I mull over this as I move the food from my plate to my mouth mechanically – God only knows what it is, and I certainly don’t want to. I wonder why Diana’s parents divorced, then push it out of my mind. All I know was that there was a lot of crying and screaming involved, and Diana had to come over and sleep at my place for a while before she could stand to return home.

Will my parents ever divorce? I’m done eating, so I stand up, scrape off the leftovers and wash my dish as I try to guess the future. They’ve gotten through sixteen years pretty well, so probably not anytime soon. But what if my father had an affair? What if he’s already had an affair? The soap falls from my hands, as slippery as the truth. Would my mother divorce him if she found out, or does she believe that no man can stay faithful to a woman for his whole life like some women do? But, isn’t that kind of insulting for men – claiming that they’re so driven by their instincts?

I set my now-dry plate inside a drawer. Has my mother ever considered divorcing my father? And then, another thought: Do I really want to know?

At this, I’ve had enough questions for one day. I squeak up the stairs and into my aunt’s bedroom, settling comfortably on the bed to watch the spots on the ceiling. I suddenly stand up to brush my fingers against them. They’re real, but most importantly, they’re reachable – unlike those infuriatingly elusive stars that are meant to be in fairytales only.

I let myself fall back down, my mind back on the spots on the ceiling. Unreachable or not, I’d rather dream of touching the stars.

I close my eyes. I’m being too deep today, and that’s not necessarily a good thing. So I promise myself I’ll forget about my philosophical questions until I can decide whether I really want to know the answers. 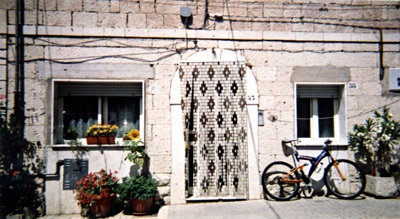 The author's comments:
This is really different from what I usually write, so I'm not very sure about it. I hope someone likes it... or rates it, at least.
Post a comment
Submit your own

simon cowell feedback--you asked for it!

so since you seemed worried about harsh criticism I didn't look at this in-depth because I didn't want to overwhelm you with how many different ways you could make this piece better.

That said, the only thing that's really bad about it is that it is repetitive. It has a great voice but everything is stated and then repeated in a different way. For instance "sitting around a campfire... getting my schoolmates around a fire" is an example of this and it looks really wierd. If you delete the repetitive nonesense you have yourself a more concise piece with a really good voice.

Thanks a lot for the comment!!! I'm really glad you liked it, since I was kind of experimenting with trying to write something I know of - and boredom I know a lot about =D

View profile
This was really good! I think I just loved how realistic it is, following how random your mind can get when you're bored and facebook references and things, it was just very relatable and well written, and I think you have mucho talent!
lizzymwrites GOLD said...
on Jul. 22 2010 at 4:19 pm
lizzymwrites GOLD, Miami, Florida
13 articles 0 photos 56 comments