Favorite Quote:
If you choose not to decide, you still have made a choice.
-Geddy Lee

She was gasping for breath now. The heat consumed her. One faint cry. First she saw the big red orange flames closing in on her and then, she saw nothing.

“Put one more in here!” he yelled. The other paramedics quickly grabbed another victim and threw him into the already full medevac helicopter. They slammed the door and took off, each doing his part to save another life. Just one more life.

Air! His mind screamed. He ignored it as he reflexively pulled the oxygen closer around his mouth. He knew that his tank would run out soon yet still he pressed on. He had taken seven victims out of this hellhole within the last forty minutes but something was telling him that he was not done yet. The total number of victims that they removed was forty three and for some reason, something was telling him the numbers didn’t match up. He had no idea how many people were inside to begin with but forty three just did not seem right to him. He had dropped his radio a while back and was now completely on his own.
And then, out of the deafening flames came a faint cry. It wasn’t much but it was all he needed to confirm his fear that his job was not yet complete. Ignoring the heat, he followed his instinct to the fourth floor of the burning building, to what he presumed to be the source of the cry.
Suddenly, he tripped. Looking down to see what the obstacle was, he almost fell over. Lying at his feet was Carla. She lay motionless and he wondered if she was even alive. No matter, he scooped her up and tore back the way he had come. On the second floor, he had to stop for breath. He ran to a window that somehow, miraculously had not popped out. He kicked it open the fire reacting to the sudden burst of oxygen, began roaring even louder, like a living being, and closing in. Panicking, he threw her out jumping immediately after her. Upon landing upright, he grabbed her and felt for a pulse. There was none. Terrified, he stripped off his oxygen mask and began to administer CPR.


I knew Carla since I was four. We met at the local kindergarten, when I saved her cupcake from being destroyed (by being devoured) by the class bully. We became best friends. Over the subsequent years, we only grew closer. We weren’t like two separate people who became friends, rather we were two parts that when joined, formed us. In grade school, we got together every afternoon and did our homework together. She was a part of me. When my brother died of cancer, she was there. I can’t tell a story about just me because she is so distinctly a part of me that I can no longer separate us. We did our reports together in high school and during the summers we worked together.

When I turned 18, on May 16, I was finally able to fulfill my childhood dream of becoming a firefighter. Unfortunately, over the first six months, I gained a lot of practical experience. I was good. But apparently, not good enough.

That day is going to haunt me forever. People say they have skeletons in the closet. Well I have an entire ghost town. You see, I killed my best friend. No matter how many times my parents, therapist, or that crazy bartender Mike tell me that it wasn’t my fault, I couldn’t do anything, I know better. I was there. It was my responsibility to save her and I failed. This isn’t the kind of failure you can make up for. This failure killed my best friend and a big part of me died along with her.

I remember the fire as if it was still burning in my face and the soft cry that made me hear her. I ran as fast as I could but it wasn’t fast enough. Before I threw her out of the window, she was already gone. It’s my fault. Nothing anybody says can change that. And how can I go on? My brother died and now my best friend. Was the universe at war with my happiness?

I had my art and writing to “help” me. At least that’s what Mike, the bartender at Lonelyville keeps saying. But lately all I’ve been doing is running. In a way, it’s the most therapeutic thing for me to do. I blast my iPod until I'm numb and then I stamp and stamp and the beat of my footstep is dulling and I can try not to feel for an hour or two. But when I have to come back to the real world, it hits me like a slap in the face. I wish that I could keep running forever and never feel, never look back.

But life doesn’t ask for permission, it just goes on.


On the morning of her funeral, I couldn’t bring myself to get up. In movies and books, it’s always raining when something bad happens but real life doesn’t work like that. The morning of Carla's funeral dawned bright and early. As if taunting me, the sun was shining and there was not a cloud in the sky. So many people were waking up today and doing everyday things, but not me. The world was still turning. But my world was broken. I hadn’t slept all night and the numbness I had been feeling then suddenly evaporated. It was replaced with burning fury. I slammed down the shade so I didn’t have to see people walking their dogs or jogging. How were they able to go about their everyday lives? How could someone possibly walk their dog today?

I got out of bed. Without looking or even consciously deciding to do so, I threw on a sweatshirt and jeans. Burying my hands in my pockets, I went outside and began walking. The cold January air bit at my face but I didn’t even feel it. As I walked, I concentrated on not concentrating. My thoughts wandered. I had no destination in mind. I could’ve walked for hours, days, without knowing where I was headed. My feet however, followed a mind of their own. After an hour of walking, I found myself in the park by our secret spot behind the lake, by the odd looking tree. This place however, did not have a good effect. It only made me feel like I was in surgery without an anesthetic. I felt like I was being torn apart from the inside out.

This spot had been our escape. When my brother was sick, Carla and I came here almost every day to talk or just be. There were no pretenses with her and when we were here, it felt like there was no outside, just the two of us and this small alcove. When Carla was having a hard time at home with her parents, we would meet at the ice cream store and bring our ice cream here. We would sit in the winter and the summer and get lost in the quiet. I couldn’t ever remember being here without her. And today, she was being buried. Right as I sat there alone, looking for some comfort and finding none, her casket was being lowered.
It was all I could think about. Her petite five foot frame, her brown hair, her smile that was bright enough to light up my world. These images filled my head without my permission and I was overwhelmed by the enormity of it. She would never crack another joke, never play another game of basketball with the guys, never knit me a scarf, or go to law school or get married. Her life was over. She was robbed by that fire. I couldn’t save her. I couldn’t bring back those years she would never live. I wished I had my iPod so I could drown out her memory with the dull, deafening sound of heavy metal. The silence was killing me. 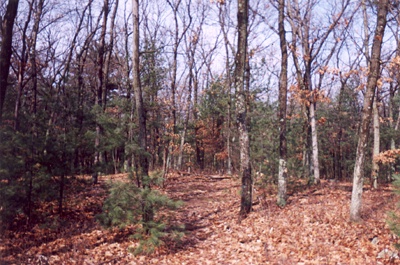 Favorite Quote:
If you choose not to decide, you still have made a choice.
-Geddy Lee

View profile
Thanks so much for the feedback! I am thinking of turning this into a novel so the part of the fire would be the prologue... that's why there's a bad transition.
tor10jax GOLD said...
on Sep. 26 2009 at 9:11 pm
tor10jax GOLD, Livingston, New Jersey
10 articles 0 photos 143 comments
View profile
Wow, this is amazing. You wrote it like it actually happened to you. Great job! The only part I might work on is the transition between Carla dying and the naarator explaining their relationship.

this made me sad.

and I have a feeling that, if teen Ink allowed one to italicize things (because I havent discovered a way to yet), this would only be more effective.