I tend to be a little too loud when I’m stressed, like in that interview I had last week. It sounds formal and important, but it really wasn’t; they had cookies and I didn’t even have to bring my computer. I wore my nice shoes and a cool tie with penguins on it because I was interviewing for a job at the aquarium and I didn’t have a tie with fish, so I decided to go with penguins instead.

The interviewer had a strict face, but she was wearing a freaking polo shirt and khakis, so I wasn’t too intimidated, except I couldn’t speak for some reason. She asked me for my name and I just froze. I probably did look like one of those penguins on my tie, with wide eyes and a blank face.

Eventually, I told her my name was Stephen even though my name is Jeffrey. I don’t know why I said that but once you say it, you can’t just take it back, so I sat through the whole interview with her calling me Stephen instead of Jeffrey. You would think she had my name on my resume or something, but I forgot to bring it to the interview.

“Why do you want to work at Underwater Wonderland, Stephen?” She asked me, taking out her fancy little notepad. Her nametag said Katherine, so I’m going to call her that. Katherine.

“Oh, I just wanted to, you know. Bring people joy!” I said, doing a little dance in my seat and grabbing a cookie. It wasn’t a great cookie. Too dry.

Katherine wrote something on her notepad and looked up at me again. “What are some of your strengths and weaknesses?”

I hate that question. They make you think they’re gonna believe whatever you say, even though they know you’re always overselling or underselling yourself. It always seems like the whole point of it is to see how modest I am, and if I’m being honest, I’m not very modest. But I wanted to look good for this Katherine person, so I tried to be a little more modest than normal. “Well, I like kids. And I have a whole collection of cool ties, so I would wear a different one at work each day. I’d say I’m a people person, so I can talk easily. And I’m pretty smart,” I said. “But sometimes I get loud, you know? I’m just not very good at being quiet. I talk a lot, for sure.”

I think I said too much, and that part about being a people person wasn’t necessarily the truest, but Katherine just nods. “Thank you, Stephen. You will be getting a response from us promptly,” she announced and got up to walk away.

But the thing is, it took two whole days for me to realize that I was practically screaming at her the whole time. I bet that by the time I told her I was too loud, she had already gotten the memo. I was just anxious because she got my name wrong and I forgot my resume, and I really wanted this job. So I made a bit of a fool of myself.

I should tell you that I got a letter yesterday that said I didn’t get the job. I’m not too upset, though. That Katherine lady was pretty weird.

I finished school last year but I didn’t have the courage to apply to college. I was too scared of rejection, I guess. Instead, I worked at Bill’s Home Goods because I knew a guy there that could get me in with a pretty good paycheck. I still work there, but I don’t like it anymore. It gets to be too much, you know? Selling plant pots and cardboard boxes to greedy old women isn’t always the most fun, which is why I was applying for the aquarium job.

Being a tour guide was kind of a childhood dream. My mom would take us to museums and aquariums and stuff and I would always look up to the tour guides because they had the best smiles and got to wear fancy name tags, but I sorta forgot that I wanted to be a tour guide until this summer when I drove past the aquarium on my way to the beach. There was a woman in a green polo shirt with a fancy nametag smoking outside the building.

I saw her and I remembered my old dream of becoming a tour guide, and the thing is, it seemed like I could do it. I looked it up online and it said no degree necessary, just good people skills and a cheery attitude. I don’t have either of those, but I thought I could probably fake it for one interview.

Turns out I was wrong, so I’m still here working at the home goods store. Did you know it’s named Bill’s Home Goods but nobody here is named Bill? I always thought that was funny. We have polo shirts and nametags here too, but they aren’t fancy like the ones at the aquarium.

Since there is nobody here right now, I can take my nametag off. I get a sharpie to cross off ‘Jeffrey’ in the name spot and write ‘Bill’. I think about writing ‘Stephen’, but Stephen is a tour guide name, and I’m not a tour guide, so I go with Bill.

Then, the funniest thing happens. Katherine, the lady from the aquarium, comes into the store! I wouldn’t be so surprised, but now I’m wishing I did change my nametag to Stephen. But it’s too late because she sees me and does a little eye flicker thing before disappearing into the gardening tools.

“Hey, why does your nametag say Bill?” he says. “You wanted to p*ss off Deborah or something?” Deborah is my boss.

“No, I wouldn’t. But did you know that even though this store is called Bill’s, nobody here is named Bill? So I wanted to be Bill.” Simon looks at me funny and I start to get a little self-conscious. I don’t get self-conscious much because I think I’m a pretty cool person, but I was starting to get a little weirded out. “What?”

“Jeffrey,” he starts. I look around to make sure Katherine can’t hear that my name is Jeffrey. I can’t find her in the store, so I hope she’s busy listening to music or snapping her fingers or something. “Bill is Deborah’s husband. He passed away a couple of years ago. He used to own the store,” Stupid Simon says.

Then, something funny happens. I can’t speak again. And when I do speak, it’s really, really loud. “Oh my god. Shoot. I’m so sorry. You know what? I suck. Can you hand me a blank nametag please?” I’m trying to keep my cool. I really am, but I keep getting louder and louder.

Simon gets another nametag sticker from the bin and hands it to me. We’re not supposed to use too many because they’re apparently super expensive (I don’t believe that, by the way), but I figure that one more won’t do any harm. I take out the sharpie again and write ‘Stephen’.

“Why Stephen now? Why not Jeffrey?” Simon asks.

The Katherine lady emerges from the aisles just then with a bucket and a bag of fertilizer. “Hello, Jeffrey,” she says, placing the items on the counter and taking out her wallet.

I check to make sure my nametag says ‘Stephen’, and it does. She must have heard Stupid Simon calling my name. “Hi.” I start bagging her stuff up.

“Can I ask you a question?” She says.

“Why did you lie?” she says, and I curse at Stupid Simon in my head. Stupid Simon and his loud-*ss voice. Stupid me for forgetting my resume and lying about myself. Stupid world.

“Listen, Katherine. I had a great time at your interview, but I’m not really in the mood to talk,” I make my voice all fake and cheery. “Have a nice day!”

On my way home, I start to think again about that woman I saw outside of the aquarium that other day, with the fancy name tag and polo shirt and cigarette. The thing with her was, she didn’t even look happy. She was sitting on the curb and looking at the floor, not even bothering to look to see if any cars were going to hit her. I could have run her over that day. I didn’t, because I only thought about it just now, but still. I could’ve. 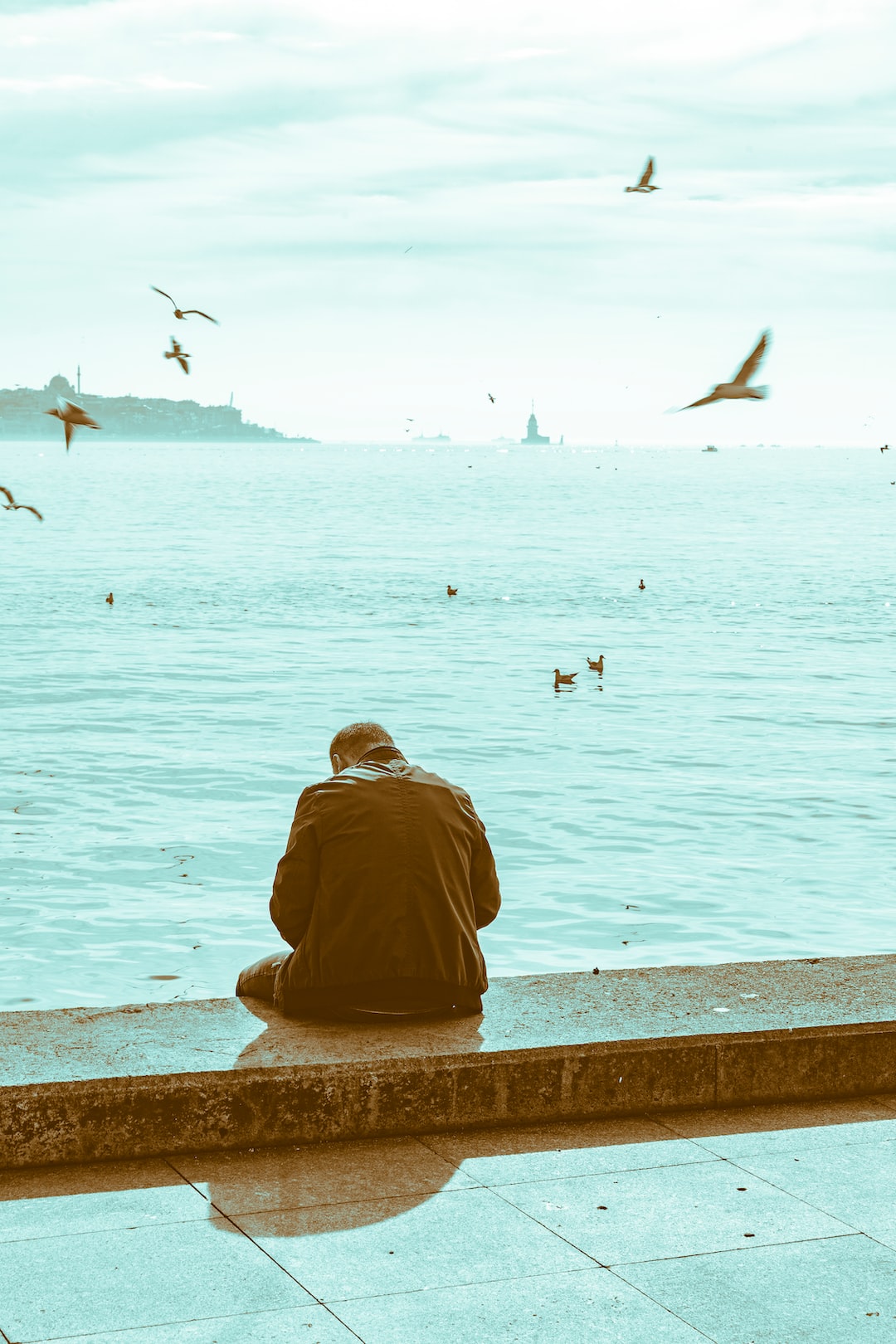 Jeffrey, a somewhat careless and insecure young adult, navigates the world of rejection and learns about self-sabotage. In the end, he is faced with the realization that anything is possible, even the most unpleasant things, and especially the most uncomfortable.