Amrita ran through the forest as fast as she could, she felt the pull of the wind and her hair flowing out behind her. She was young, only thirteen years old by a day but she was always careful when she went out, she didn’t know why she had to be careful but she did it anyway. When she arrived at the place she called home, The Red Skins tribe grounds, she went up to her mom and kissed her on the cheek, and hugged her dad.

Macer was the tribe’s guardian, a fox being a guardian sounds silly but for years they held the tradition of a fox keeping watch over the tribe. Macer was an older fox, already nearing age five and he had been good at his job, they already had another fox to take his place. She picked up Jasper and kissed him, he was only six months old and she loved him, she knew that he wouldn’t live to see her become chief of the tribe, as her father was the chief and she was next in line.

“Be careful with him, he is the future guardian of the tribe,” her dad warned.

“Of course I’ll be careful,” she said as she started baby talking to him, “Who’s my baby boo. Who is it? Who is it?”

“He doesn’t need to be babied,” her dad said seriously.

“I know I know, I just love him so much,” she said beginning to baby talk again, “Yes you are yes you are.”

Her dad and mom looked at each other and shrugged, they knew there was no point in them trying to stop her because she loved that fox to pieces. Amrita set him down and went back out into the forest.

Several months later Macer had died and one-year-old fox, Jasper, had grown up quite a bit and now looked over the tribe just as Macer had done. Now since he was still young he acted like a pup but he did okay with keeping watch, once he’d spotted a white skin before they entered the tribe and a snake before it slithered it. He would live a long life for he was held in captivity so he could live till ten or even twelve. Amrita couldn’t be with him that often because of his job but whenever the human guards took over they would run and play in the forest, who knew a fox and a girl could be such good friends but it wouldn’t last.

Years had passed and Amrita was fifteen years old and Jasper was three but with that age came more knowledge, Amrita had always known something was wrong but never said anything about it but she kept seeing white skins more often, she couldn’t ignore it any longer.

Her mom froze and she knew something was up, “Mom?”

“This is going to be their home soon, they are taking it from us,” her mom said sadly.

She ran outside and didn’t stop running, she ran past the forest, past her home, and little did she know someone was watching. She turned only to see Jasper but she wouldn’t go back, never would she return. She took another step forward but she knew little of what she was in for, she had stepped into a trap, nets came up and held her in then white skins showed up.

“We caught a red skin boys!” one of three yelled.

One of the white skins looked sad that they had caught one and that’s when she knew that not all white skins are bad but she also knew now why her mom told her to be careful. Jasper had started to attack one but they simply kicked him and he lay still, she wasn’t sure if he was dead or not but she didn’t have time to find out. They picked her up and slung her over their shoulder with her still in the net and walked away.

They made it to where the white skins lived, she had never seen what stood before her before, they had gotten her off his shoulder and was guiding her. She missed home and she missed Jasper but she was far from home. How could she had been so stupid? She had to find a way out.

As the men fell asleep she started trying to get out and managed to get out but one of the men woke up and grabbed her.

“Leaving so soon I  see,” he said and woke the others up.

“We better teach her a lesson,” another said.

They threw her on the floor and kicked her, spit on her, and when they had finished she couldn’t get up, it hurt too much.

“That will teach her,” the man who grabbed her said with a chuckle and the others joined him, this was going to be harder than she thought.

The next day she woke to them surrounding her but she hadn’t a clue why they would, they already knew she wasn’t going to leave, she was tied up.

“I have a name,” she said coldly, “And I wouldn’t help you if I had bees in the brain.”

“Is that so? Then I’ll introduce you to my friend,” the man said.

He got out his phone and called someone, “Hey buddy! Can you come and help me with something?” the man asked and he smiled after hanging up.

An hour later a muscular man showed up and picked Amrita by the neck and threw her then walked up to her and got up in her face.

“You still have an attitude?” he spat.

“Let me make sure of that,” he said and threw her again.

He beat her and when he finished she was black and blue, she knew she had to leave but now she was determined. These men wanted to hurt her family and it wasn’t going to happen, not on her watch. When he went at her again she spit in his eye and bit him but it was a mistake.

“Why you!” he raised his fist but just then a fox leaped at his arm and bit down hard.

She had thought Jasper died but he wasn’t alone, the whole tribe walked in and pointed their arrows at them. She was saved! She limped to her mom and dad hugging them.

“I’m sorry I ran away,” she said teary-eyed.

“It’s okay, you’ve learned from your mistake,” her mom said wiping a tear from her own eyes, “I’m just glad you’re safe.”

Her dad nodded and hugged her once more but the day wasn’t over, the muscular man ran at Jasper, and more men ran into the room pinning the tribe men down. Her mom told her to run and she did as told, she ran as fast as her legs would carry her. She heard gunshots and knew why they told her to run.

A few hours later she returned to  the place where the men lived and she saw her mom and her dad laying on the floor and… Jasper was dead, several bullet wounds were all over him and she knew then that she was alone, at least that’s what she thought.

“Come with us, without a fuss and you won’t get hurt,” one man said.

He had a gun and she knew then that she could join her tribe, all she had to do was make a wrong move towards them and they would shoot her. She had made her choice.

“No,” she said coldly and ran at them.

Two gunshots and a thud, that’s how you know she is dead. She layed in her own pool of blood on the floor, her sightless gaze looking at nothing, she lay among the bodies of her tribe and Jasper was next to her, she died but she still lived on, with her tribe, in their promise land, where the Red Skin tribe would live again. 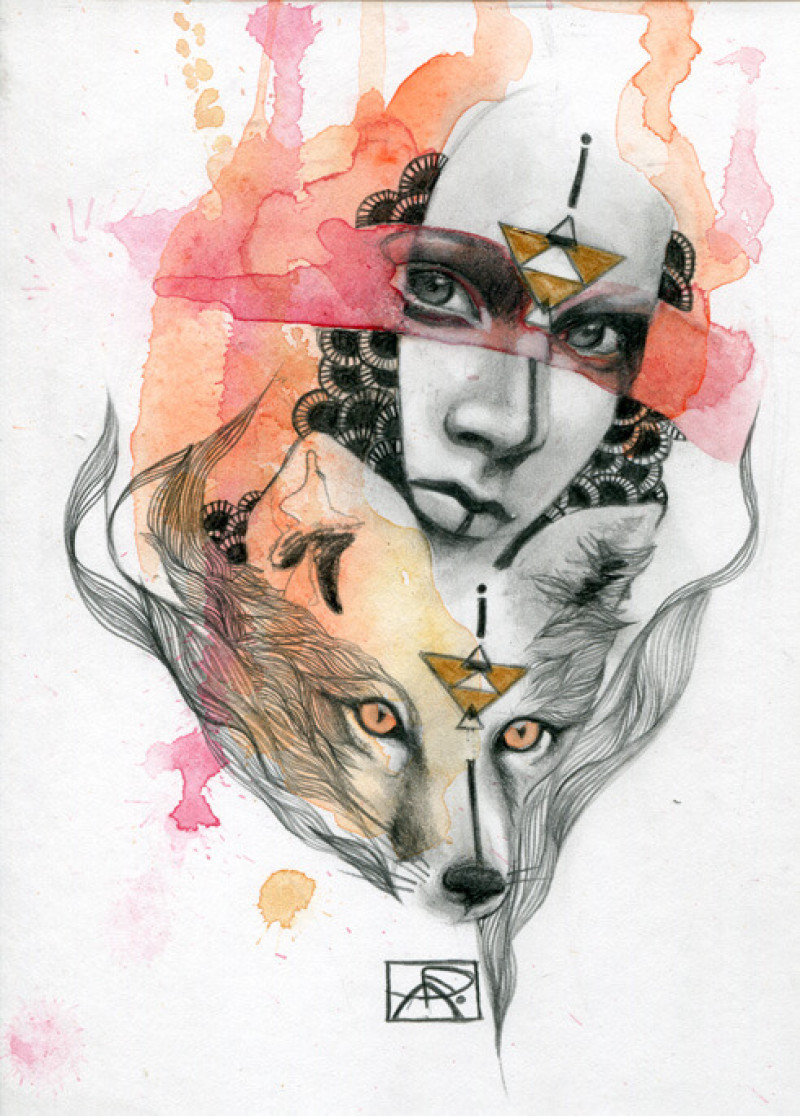 This independent story follows the life of Amrita and the life she lived with her tribe and the sacrifices she made for her tribe.

View profile
A sad sad story...I'm just, well, not sure, when does this take place and where? You said one character has a phone, and they don't really talk like pioneers would. The Indians did not call themselves Red Skins in real life.