The New Guy: A Suspect

He showed up at school a week after the first day had started and let me tell you: He was very nice to look at. From what I’d heard, he came from a town called Rochester -- in which his father was mayor of the city. Since he showed up late, my friends and I were all curious to see who would be the lucky one that had a class with the handsome new guy who had the best of style, cutest dimples, and the bluest of blue eyes.

The bell rings, releasing us from first hour History.

“Alright see you at lunch, ladies.”

The answer to our question revealed itself soon, for he was in my next class. When we took attendance, I found out his name was Joseph Logan. When he said “here” his voice was raspy, like he had just woken up. I could feel that everyone’s head had turned to look at the new guy, but I felt like it would be weird if I did since I sat directly in front of him.

I find my way to the courtyard where Emily, Avery, and I meet up to eat our lunch, except there’s more chatting than eating.

“I heard that the new guy, uh, Logan? Joseph Logan? Whatever.. Has a bad past and that’s why he came to school a week later. He got expelled from his last school in Rochester and it took time for his mom to find a new job in a new city. One of the students hadn’t shown up to school for several weeks at the end of last school year and even missed graduation, and Joseph was last seen with him.”

Chills. Does it happen when I hear his name, too?

“That’s so creepy.. Did they ever find him?”

“I did some research… Apparently not. But the police brought Joseph in for questioning and he got away with whatever happened by saying he dropped him off the day before he was reported missing.”

“Weird. Weird. And even more weird.”

I see him walking towards the parking lot. I wonder why since we have two more classes after lunch… and it’s his first day here. For some reason, I couldn’t take my mind off him… probably because of the fact that I get weird vibes from Joseph. Chills when he’s close to me. I’m not sure if it’s because he’s super cute or if it’s a weird vibe. Either way, I don’t like it given the fact that I had just broken up with Connor in the summer.

After school, I happened to be walking home since my brother thought it was okay to take the car home during lunch and not come back. Next thing I know, a red 1970 Mustang slows down next to me riding close to the curb.

Here we go again.. The chills are back. It’s him.

“Would you like a ride? It’s getting chilly out.”

Do I really need one, though? I mean I don’t have a jacket.. Would be nice.

“Well I live pretty close, so if you don’t mind.”

I hop in the car, sitting on my hands because they were actually freezing cold.

“Nice to meet you. I’m Annie Smock… Uh you can just take the first right at the light and I’m the sixth house on the left. Red mailbox.”

Should be there in about one minute.

“So where did you live before coming to Rollings?”

Just trying to start some small talk. I knew that if he told me the whole truth, this car ride would be way too short.

“Rochester. Tragic way of leaving. One of my classmates went missing and they never found him. I was a suspect because I was the last one to see him since I drove him home. He was drunk after a football game and didn’t have a ride home, so I offered. Sorry, may have been a lot of information at once. I just haven’t had anyone to talk to about it here. My bad.”

Wow. He actually told me the truth.. But--

I didn’t understand why I was still in the car. I was so intrigued by what he was saying so maybe I could figure out why I get the chills when he’s near me or get weird vibes.

He stopped talking. I understood where I was. On the freeway. Nowhere near where I lived.

No wonder he was a suspect. 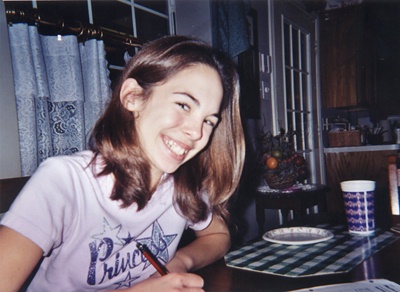