Favorite Quote:
"Show me a hero, and I'll write you a tragedy." - F. Scott Fitzgerald

I woke up to the sounds of automobiles and fighting – the soundtrack of America, so it seemed. The land of opportunity and prosperity, unless you had an Irish accent and a name like Tobey McLewin. My brother Seamus and I were sharing an attic tenement apartment in New York City. It was falling apart at the seams, but it was better than starving to death back home. Seamus disagreed with me on that point. Back home in Ireland, he had been a doctor, and a good one too, but now, he was rarely anything but drunk.

“We are not-” He paused to collect his thoughts. “We are not shining stars.”

“I know.” I took the bottle away from him and poured the remaining contents down the fire escape. “I never said we are.” He sighed, and I nudged him over so I could sit next to him on the window ledge with our feet dangling out over the street seven floors down. The sounds of 1893 smacked against the bricks around our window. “Remember the song grandpa used to sing?” I looked up at Seamus, who looked at me like I was crazy.

“Jesus, Tobey, you’re 17. You’re too old to need me to sing to ya.” He nudged me playfully, but I could tell his heart wasn’t in it. His heart had been too busy drowning in alcohol to do much of anything since we got to America.

“And you’re 23, Seamus. Too young to be a hopeless alcoholic.” He sighed deeply and put an arm around me.

“You know we’re going to die here on our own. We’re going to starve, just like we would have back home. We don’t have a chance. There’s nothing two Irish boys can do against all of America.”

“Just sing. Please?” I pleaded like a child. “Don’t let me die without hearing grandpa’s song one last time.” He rolled his eyes, but conceded.

I closed my eyes and whistled the instrumental part our father always used to play on his clarinet, and my brother laughed. It was a real laugh, too. Not a perfect one, not the laugh of the dashing Dr. Seamus McLewin from Ireland, but it was still nice to hear that the dashing young doctor was still in him somewhere.

“Y’know what? I think we’re going to make it,” I mumbled tiredly as he ruffled my hair and scoffed. But I saw his little smile peeking though. 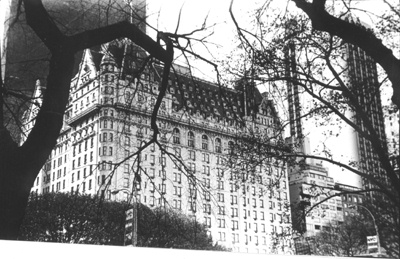 The author's comments:
Based on the song Carry On by Fun.
Post a comment
Submit your own

Favorite Quote:
"Show me a hero, and I'll write you a tragedy." - F. Scott Fitzgerald

View profile
Thank you! I did this for a project for my Creative Writing class, and I'm pretty proud of how it turned out.
theblondechick GOLD said...
on Nov. 28 2013 at 6:02 pm
theblondechick GOLD, Kingsport, Tennessee
14 articles 0 photos 104 comments

View profile
I loved this! good job! Pretty cool how inspirational music can be, right?