Days passed. Weeks passed. The plan relied on the element of surprise. Of course the guards would expect them to try something, at the start. So they needed to wait, so that they had more of a chance of succeeding.
Throughout those days, Luca and Katarina got to know each other. They made up songs and told each other stories about their pasts. They made up other stories together. They shared their daily serving of gruel and tried to imagine that it tasted better than it really did.
Though she didn’t like being locked up, she liked being with Luca. Because there was nothing else to do, she got to know him so much faster than she had ever gotten to know someone before. They shared a lot of the same views, and if they disagreed, they enjoyed debating.
One day, nearly a month from when Katarina had first been imprisoned, Luca asked Katarina if he could kiss her.
Katarina felt surprise, but also joy. “You really want to, Luca?”
“Yes, but only if you want to as well.” He said in his low tone. She gave assent and, after hitting heads, he kissed her. She felt happiness well up inside her and she kissed him back.
They finally pulled away and she giggled a little. “Oh…my…” she said, not sure what else to say. Luca chuckled. “I’m glad you feel the same way, Kat.”
He had started to calling her that a couple of days ago and she really liked it.

Nearly two weeks later, a little bit before their usual meal time, Luca said it was time to escape.
“Now? Really?” Katarina asked, feeling frightened. Luca wrapped his arm around her and kissed the top of her head. “Yes, Kat. I want to feel the sun on my face again. I want to feel the fresh air. I want to see you.”
She nodded, understanding. “I’m ready then.” She said. He let go of her and said “Alright, you know what to do.”
While Luca made his way to the door, she lay down on the mat and pretended to be sleeping.
They only had to wait a couple of minutes. They heard a noise and then the guard unlocked the door. It swung open, sickly lamplight barely shining through, and he walked in with the food. Luca stepped out in front of him.
“Please, sir, I think she’s sick!” Luca said, pointing to Katarina. The guard sighed and put down the food tray. He walked all the way over to her and knelt down. She did her best not to move.
“What’s wrong with her?” The guard asked, annoyed. He was about to turn around but Luca hit him over the head, knocking him out.
“Come on, Kat!” Luca said, taking a knife from the guard. Katarina got up and they ran out into the hall, their eyes hurting, despite how weak the light was.
They ran down the hallway and through a door. There, they ran down some stone steps and then through another wooden door, which led them outside.
The sun was shining brightly, causing them both to blink in pain. Luca took her hand and they quickly ran under a stone bridge, where they could get their bearings.
Katarina was so happy to be free but she was also happy to be able to see Luca. He was just how she had imagined him; pale skin, longish, messy black hair, tall, thin, grey shining eyes.
Luca was looking at her as well. He smiled and said in a whisper “Kat…you’re beautiful.”
She smiled back and said “You’re so handsome.” He pulled her close and wrapped his arms around her. She rested her head against his chest, hearing his beating heart. Looking up at him, she saw that he was looking at her. Slowly, he leaned down and finally kissed her. She kissed him back, her hands behind his neck.
Pulling away but their faces nearly touching, he whispered to her “I love you, Katarina.”
She felt as though she could barely breathe, she was so happy. “I love you too, Luca.”
“Will you marry me?” He asked her and she looked at him in astonishment.
“Do you mean it?” She asked, eyes shining. He nodded, gently tucking a loose strand of hair behind her ear.
“Yes, Luca, I will!”
His face turned serious. “You do know that life will be difficult? I have no money, no home, nothing. We’ll be living the life of the Roma.”
She smiled, nodding. “I know that. But as long as I’m with you, it will be fine.”

After a little while, as the sun began to set, they made their way out into the emptying cobblestone streets. Only a few horse drawn carriages were around, drivers waiting for their fares. Store keepers and street vendors were just closing up, getting ready to throw out their leftovers and scraps. Luca and Katarina managed to get enough food to fill them both. They also found a large piece of cloth that would work as a blanket, for there was a chill in the air as evening fell.
They finally stopped in a small alleyway and sat down next to each other. Luca pulled the blanket around them both and they sat there, waiting for sleep to come.
Katarina fiddled with her necklace, something she did often. Luca noticed and said “You know, I’ve heard you do that so many times, and now I can see it.”
She pulled if off and said “Would you like to see the picture of my mother?”
He nodded and she fiddled with the little clasp, until the locket opened up. It was hard to see the picture in the dying light, so she handed it to him.
He looked at it for a very long time, saying nothing. She thought that maybe he had fallen asleep, but before she could speak, he looked up at her, his eyes wide in horror.
“Katarina…this is your mother?”
She nodded hesitantly, confused. “Of course. Why?”
To her surprise, she could see tears in his eyes. “Luca? What’s wrong?”
He held up the locket, almost angrily. “This…this is my mother!”
Katarina’s jaw dropped and she looked at him as understanding sunk in. “You mean…we have the same mother?” She asked, not wanting to believe.
He nodded. “I think so. Which means we’re half-siblings…oh no…what have we done?”
She bit her lip, trying not to cry. “This can’t be true!”
He turned away from her and reached for something in his pocket. “My mother gave me something before she died. A signet ring, from my father. She said that he was…he was rich. A right nobleman. And that this ring would get me somewhere when she was gone.”
He handed the golden ring over to Katarina and she took it, trying not to panic. Looking at it and tracing the design with her fingers, she felt a cold lump form in her stomach. “EB. Edward Bennett.” She said mournfully, tears finally spilling down her face.
“No…” Luca said in a husky voice. “We’re fully related then.”
“Twins.” She said, feeling very sick now. “Oh Luca, this is awful!”
He said nothing, his face still turned away from her.
She continued to look at the ring and sighed miserably. “Luca…what happens now?”
He finally turned to face her, an empty look on his face. “Kat…I’ve lost so much. I never had a father, my mother died, and I was locked away for years and still should be. And now…I’ve lost you too.
“What do you mean?” She asked, wiping at her tears. Her head was starting to feel dizzy from the shock.
Luca got up and looked down at her. “It means that we can’t even travel together now. We need to part ways, because in order for me to survive, you can’t be in the way.”
“Luca?” She asked, not understanding at all now.
With a swift motion, he lunged towards her, the stolen knife drawn. “It means you can’t be alive anymore.”
She tried to scream but before she could, he slit her throat from ear to ear. Before she even fell to the ground, Luca had grabbed the ring and pocketed it, along with the locket.
“Kat…please understand. When I sell these, I'll have enough money to survive for awhile. I'll be fine. And now I don’t need to worry about what will happen to you. I loved you…oh, I loved you…but now you’re lost to me and I must move on. I'll start a new life. ”
He wiped the knife clean on Katarina’s skirts and then walked away from the alley. Katarina’s corpse lay all alone, unseeing eyes watching him go. 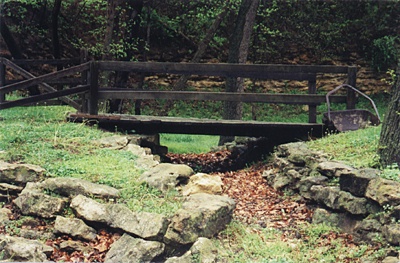