I wake up to a soft morning glow seeping through the linen curtains. I had arisen to this sight for several weeks, with dawn breaking just beyond the window. Prior, I had believed my morning ritual would feel significant on this date, knowing that these were my last moments inside of this bedroom. In hindsight, I should have known this morning would not feel special. You never come to the realization of leaving a place until you are firmly set in another.

I confess to thinking Heaven was this bedroom, but the appeal of being in such a beautiful place vanishes as soon as you know you will have to leave. I have known it subconsciously the moment I stepped through the threshold, but looking out to the sea in this very moment, the icy truth seeps into my bones. I stare at the tide swaying and melting toward the shore. My thoughts wander toward the girl laying in the bed behind me, and an involuntary smile creeps onto my face. Her and I are not unlike the waves crashing way out in the ocean: the only difference is that we were completely destroyed before we crashed together.

It is quite superficial of me, but this would not be such a dreadful ordeal if she had a different name. I have encountered so many women with names that do not arouse such beauty, but Delilah is certainly not one of them. A few months ago, I sailed here to write a novel detailing the life of a British aristocrat living off the coast of Greece. The moment we met, I had asked what to call her. She smiled sweetly. “Delilah,” she whispered. “Lilah, if we ever grow close.” At that moment, I prayed to God that we would. Each evening from then on was sleepless, spent pacing the floor like a crazed insomniac as I conjured up a thousand poems to fit that name. It was the kind of poetry that stays deep within you: I would never be able to share one; they are all mine to keep, floating on a sea of my thoughts.

I loved her as the most prolific things are loved: in solitude. Every night of my stay in this house, I glowed alone inside of my own bedroom with the image of my name on her lips. Even if I could not have her, I could intoxicate myself off of the mental image alone, brighter than anything I have ever had the right to. I had once thought that the illusion would shatter if she had ever reciprocated the feeling, and yet I still could not help myself from projecting my admiration onto her. There are some things you can contain within yourself, but complete and total adoration is simply not one of them. My love for her spilled out upon the floor with each encounter, as evident as an oil spill, and there was no doubt in my mind that she was able to see the trail of pure emotion leading to my door.

As days and moments flew past me in a whirlwind of desperation, I noticed the beginning stages of my admiration being returned. I noticed it with each stolen gaze, with each brush of her fingers against mine, with each intake of breath she snatched if I moved slightly closer. When together, we drifted closer like magnets, unable to cease the involuntary pull of our bodies toward each other. I would occasionally press my fingers into her shoulder, her back, for no other reason other than the feeling of sparks crackling within my veins. Within those months, there was no one else at her estate, giving her a sense of freedom I had all too often taken for granted.

We took a long walk along the shore early one Sunday morning. The sun had not yet risen, but sunlight was no longer a necessity when the illumination of both our hearts glowed bright enough. Something felt particularly charged between the two of us, like our relationship was at a turning point that neither of us could ignore. I am nothing if not a bold woman, and so I slowly inched toward her, only a breath away. For a few moments, she said and did nothing, gazing at my face with her bottomless ocean eyes. The wait felt like a sharp wound, but it was an agony I could have endured for a lifetime. Finally, she closed her eyes and leaned forward, our lips brushing ever so slightly. Our kiss, slow and languid, reminded me of the myth of Orpheus and Eurydice I had happened upon while traveling in Greece. Orpheus, enthralled by his love for Eurydice, chose to glance at her and wallow within her beauty, which cost her a life on Earth. I knew that Lilah and I were going to end like that myth, but I was not sure who was going to take the fatal look.

The remainder of our nights were spent gazing upon the fireplace, the air filled with words of intellect and politics. Lilah and I existed within a time where our views of the world could not be shared. Her house acted as a utopia, where two women expressed their intelligence and love, things that had been bottled up inside of us forever. We were going to have to contain these expressions of intellect eventually, but we still had a few weeks left. We had time.

Time, however, is nothing but a construct when you are in love. The days and nights melt into each other like hot wax, burning white hot until it inevitably fades into embers. Our time was over before I ever fully realized the inevitability of my departure. In our final days, I drifted through the halls like a madwoman. Every moment I spent with her, she seemed to slip a portion of herself under my skin. At first, the pieces of her seemed to glow within my blood, and I could see their soft light inside my body with every glance in the mirror. But eventually, the days grew long and the nights colder, and I felt every piece of her fester up inside of myself until I could not recognize my reflection. I still loved her, loved her deeply, but I knew I could not bear to love her with our souls so intertwined, when I was becoming her instead of admiring from afar. And I knew I had to leave.  For weeks that felt like seconds, we had been performing a waltz in the midst of a bonfire. The flames were bound to consume us.

In the present, I grab my quill and ink from the night table, stopping for a moment to steal one last glance at her figure. I struggle to believe that my love for her once felt like a warm embrace; now, it feels more like a noose. Suddenly, I realize that I am assuming the role of Orpheus in our myth. Leaving our seclusion, I have chosen to make one last look at her to commit her to memory. As I tread away from the house and onto the shore, I pray that she is not going to vanish behind me. 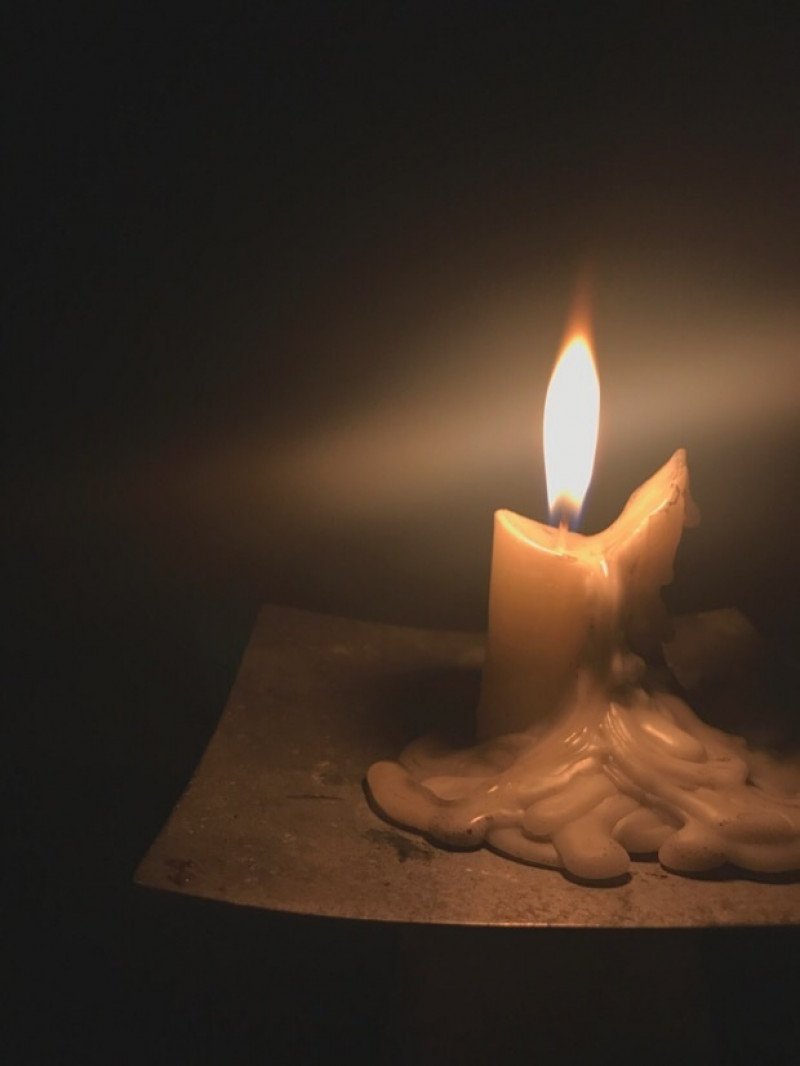 I was inspired to write a story where two women were passionately in love within a time period that their love could not be celebrated. Lilah and the narrator bask in a utopian world where the two of them are able to be together, but the chains of time are bound to restrain them at some point.

View profile
Fiction
The Farmer Learns a Lesson
By Anonymous