For a Peach (The Hunger Games) | Teen Ink

For a Peach (The Hunger Games)

I hear Mr. Crane speak, but my eyes are on the glowing screen in front of me. The poor girl. She looks like an angel. Dead, yes, but almost angelic in her death. White flowers against brown skin, the last strains of a lullaby echoing around her. What do they call those flowers back home? Baby's breath. How fitting for such an innocent child.

For a moment, I doubt myself. I forget my new life and remember the old one. When I was young. What it was like... before.


The mockingjays sing the hour. Noon. It's time for lunch. No one's watching me, so I reach into my bucket. I pull out a peach as hairy as my daddy's chin. Biting into it, I grin. Warm juice drips from my lips. This one peach is enough for lunch. Still, it's good to get out of the tree. The heat is even excruciating in the shade of the branches.

Finishing my sticky fruit, I jam the pit into my shorts pocket on top of six others I have in my pocket from my lunches this week. I climb to the topmost limb and look out below me. I can pick out each one of my brothers' bare backs, their dark skin glistening with sweat. They're out in the fields all day, every day. The only shade they get is between potato plants.

I slide down the trunk of the tree, grabbing my bucket on the way. No one's going to notice a single missing peach. Running shoeless through the field, I pass my brothers one by one. Tomas, Sim, Asher, Neal, Chase. They each look up and wave as I dash by. I’ll always be a baby to them.

Approaching my tiny, dilapidated house, I notice five things that don’t fit. Daddy isn’t working on the roof, for one thing. The darn thing’s been leaking for ages. Mama isn’t doing laundry. She’s always out on the porch with her washboard around noon. But the last three things really confuse me. Standing in the doorway are two Peacekeepers in shiny white uniforms and a boy a little older than I am. He looks like he’s never seen the sun, and his shoes are polished. The fact that he’s wearing shoes at all is a dead giveaway that he isn’t from around here.

Hesitantly, I slow to a stop behind the boy. Hearing my footsteps, he turns and stares at me. I glance at the Peacekeepers, but they haven’t noticed me yet. Carefully, I reach into my bucket and pull out a peach for the boy. It must’ve been a long journey from wherever he lives, so he could use a snack. But as I move it towards his reaching hands, the Peacekeepers whirl around and grab me.

The four of us walk inside where my parents are waiting. Mama is still wearing her apron, and Daddy’s palms are rust colored like the nails holding our roof together. Heartbreak is visible on both of their faces. Why are they so sad? Have I done something? I have, but they couldn’t know. Right?

Daddy’s voice is rough when he speaks. “Lucia... Have you eaten any peaches?” How did they find out? I’m always careful.

“No, Daddy. We’re not allowed to!” I widen my eyes and try to look as innocent as I can. As the youngest of six children, I am an expert at this face.

He crosses his arms and frowns at the Peacekeepers. “I believe her.”

“Of course you do,” the taller one huffs. “She’s your darling little angel.”

“She sure is,” Daddy counters, rising to tower above the Peacekeeper. I have never seen him defend anyone like this. “And any darling little angel raised by me isn’t gonna break rules.”

The shorter, chubbier Peacekeeper speaks up, pointing at the boy. “That’s what his parents said, too.” He pushes the boy in front of him. “This here’s Seneca. Seneca Crane. District 5. Know what he did? He built a machine–”

“It was a disruptor,” Seneca interrupts.

“Fine, fine. He built a disruptor out of scrap metal and cut off all the power in the Capitol. Little devil. Still don’t know how he did it.”

The first Peacekeeper continued the speech. “If he was an adult, he would be dead right now. So would you, if you ate any peaches. But in what he did, he showed resourcefulness, creativity, and good planning. He can use those skills for something else. A girl who sneaks peaches is cunning, brave, and smart. If you really ate some, we would take you with him. But since–”

“Hey!” Seneca shouts. “What’s in her pocket?” He lunges for me and thrusts his hand in my pocket. I try to pull away, but it’s no use. Grinning, he pulls out a handful of peach pits.

I glance towards my parents. Mama has started crying, and Daddy’s narrowed eyes are burning holes right through me. The Peacekeepers pull me from the room. The short one explains, “We’re going to train you two kids to be Gamemakers.”

I shudder behind my tears. They think I’ll grow up and kill children left and right like they do? No. I am not a murderer. I am not a monster. And I won’t let them make me into one.

My mother’s pained scream tears through my thoughts like a knife, a spear, a bullet, an arrow, a sword.

I blink and shake away the memory. “Yes, Mr. Crane?”

“Are you all right?”

“Then cue the cannon.”

“Yes, sir.” My fingers do what they’re supposed to on the holographic screen. But as I look up at the angel, Rue, and hear the boom of my cannon, I realize something. I see myself from a new perspective: that of my twelve-year-old self. I am a murderer. I am a monster.

I killed an angel. 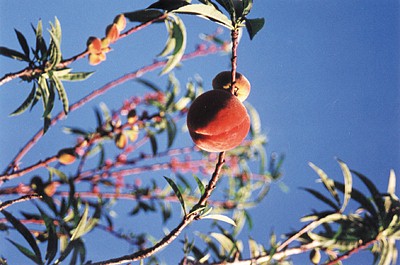 The author's comments:
Remember Lucia, the Gamemaker who designed the mutts? This is her story.
Post a comment
Submit your own

Favorite Quote:
"Poetry is thoughts that breathe, and words that burn. "
Thomas Gray

View profile
Oh my god??? That is truely amazing but it makes me so sad omg