No Body, No Crime | Teen Ink

No Body, No Crime

The darkness stirred. Faint sounds of thunder echoed in the background as Vivaldi’s   L’autunno from his Four Seasons flooded the restaurant. Este swirled her wine with one freshly manicured hand, dark red lips taking measured sips. I enjoyed our weekly Tuesday night dinners, especially since Olive Garden’s typical buoyancy trickled down to a light simmer this time of the week. The perfect atmosphere for discussing what was usually left undiscussed.

“I think he did it, big difference when it comes to a man as important as him, but I just can’t prove it.” She ran that manicured hand through her flawless hair. “ I just- I just don't understand. Aren’t I the perfect wife? Aren’t I fun and attractive and -”

It was true. Este was beautiful. She had that classic look to her that women paid thousands of dollars to recreate with plastic. But that night, I saw the dark hollows engulfing her eyes and the sleepless nights that must have been responsible.

“Absolutely, darling,” I assured her. “ You are all of those things and more. Fool should count himself lucky you settled for his mediocrity. There is no woman in the good state of Georgia like Este Haim”

“The real question is,” I began “what are you going to do?”

Her face grew shadows as she pondered. “I think I’m going to call him out. But I’m going to need solid proof. You know what they say - no body, no crime.”

We clinked glasses to that.

“Now don’t the floors look just lovely. I swear there could’ve been a crime scene on these tiles and no one would know!” said the midlife crisis-esque man with the combover whose house I had been scrubbing to death for the past three hours. “Excellent work, peach!”

Not your peach, I thought. “Much appreciated.”

After packing up my supplies, I headed home and dressed for my weekly dinner with Este. Since she hadn’t been picking up my calls all week, I was itching for an update on her husband. I walked through the doors to the familiar sound of Vivaldi. Inferno to be more specific. But when I got to our usual booth at Olive Garden, she wasn’t there.

Oh, she probably got tied up at the office, I thought.

“Hey Michelle, do you know where your sister is right now? We were supposed to go out tonight and she still hasn’t shown.”

Silence. “Oh Tay…you haven’t heard?” she said with an overwhelming seriousness. “Suppose that's my fault, I’ve just been so busy…”

The air suddenly felt very stale and wrong. “Heard what?”

More silence. “She hasn’t been at her job or anywhere.” I felt her deep breath. “Este’s gone missing.”

It started in my head, the searing fire that ignited at those words. It charred my brain to obsidian before traveling down my shoulders and battering my rib cage. My fists transformed into white-hot branding irons. Before I knew it, my entire body was a smoldering bonfire of anger. And I knew exactly who was to blame.

Michelle said it before I did. “He reported her missing a few days ago. The police have already ruled him out as a suspect. Concrete alibi.”

“The bastard.” My seething words dripped with poison.

I hung up on her not long after that. There was no way it could’ve been a coincidence, her going missing right after supposedly confronting her husband about his infidelities. My head reeled, searching itself for answers that weren’t there. What I hated most was that he was going to get away with it, too. Mr. big-shot city councilman was going to walk away unscathed. A missing wife is not the same as… the alternative. And you know what they say - no bod,  no crime.

A year passed and his mistress moved in; suppose what Este was smelling was in fact infidelity. It made me sick to my stomach thinking of that man offering that woman Este’s original role. I imagined her sleeping in Este’s bed, washing her hands in the same sink, sitting in her spot at the dining table.

My thoughts consumed me day to night. Different fantasies kept fabricating in my mind, each where I would find the fatal piece of evidence that proved him guilty. One time it was a scarf she wore, another time it was a knife with her blood on it. But every time it was foolish make-believe, nothing but fragments of my fracturing mind. One day, I took the bits I had left of my mind on a drive. I drove and drove until I reached Este’s house, a colonial-style brick with two white columns on each side. It disgusted me that the house looked the same. It had no right. A home missing its heart should not look alive. Everything was painfully the same except for his truck, adorned with brand new tires like the egotistical idiot he was. They must have cost a fortune -

A fortune, I realized. Este’s fortune. That man was collecting his poor wife’s insurance. And used it to buy TIRES.

At that moment, an emotion I couldn’t quite place fell over me. All at once, there was no doubt in my mind that that man had to pay. Somebody had to catch him out, if not the useless police in this city, then maybe a lonely woman who cleans houses for a living. And enough of them to know how to cover up a scene.

Good thing my daddy made me get a boating license when I was fifteen. The choppy waves barely even caved at the weight, they just swallowed it whole as if it had never been. Over the couple of hours I had been on the water, the sky colored itself a dark charcoal. I breathed a sigh of relief.

It wasn’t hard to secure my presence at Este’s sister’s place. Michelle swore to anyone who asked that she was with me the whole night, that angel. Funny thing about alibis, they rarely speak the full truth. A couple of weeks later, word would have gotten around about the mistress’s financial affairs with Este’s husband. Turned out that before he disappeared, she had just taken out a big life insurance policy. People stared in misogynistic disdain from across the street or in grocery stores at what they nicknamed “that homewrecker”. Naturally, not a word was said of her married lover. After another week, the officials would have started getting suspicious of “that homewrecker”. They couldn’t help themselves . And when they searched that colonial-style brick house they might’ve found something. I’m a good cleaner, so good it’s entirely possible I could’ve missed one crucial incrimination.

But we weren’t there yet. I was still on the water, dark sky producing jolts of electric light. Thunder clapped, and I was taken back to that stormy night in Olive Garden when Este declared she would confront her worthless husband. I could practically hear Vivaldi’s La Primavera in the sounds of the current. The sound told me everything would be okay. After all, what proof did anyone have? You know what they say - no body, no crime. 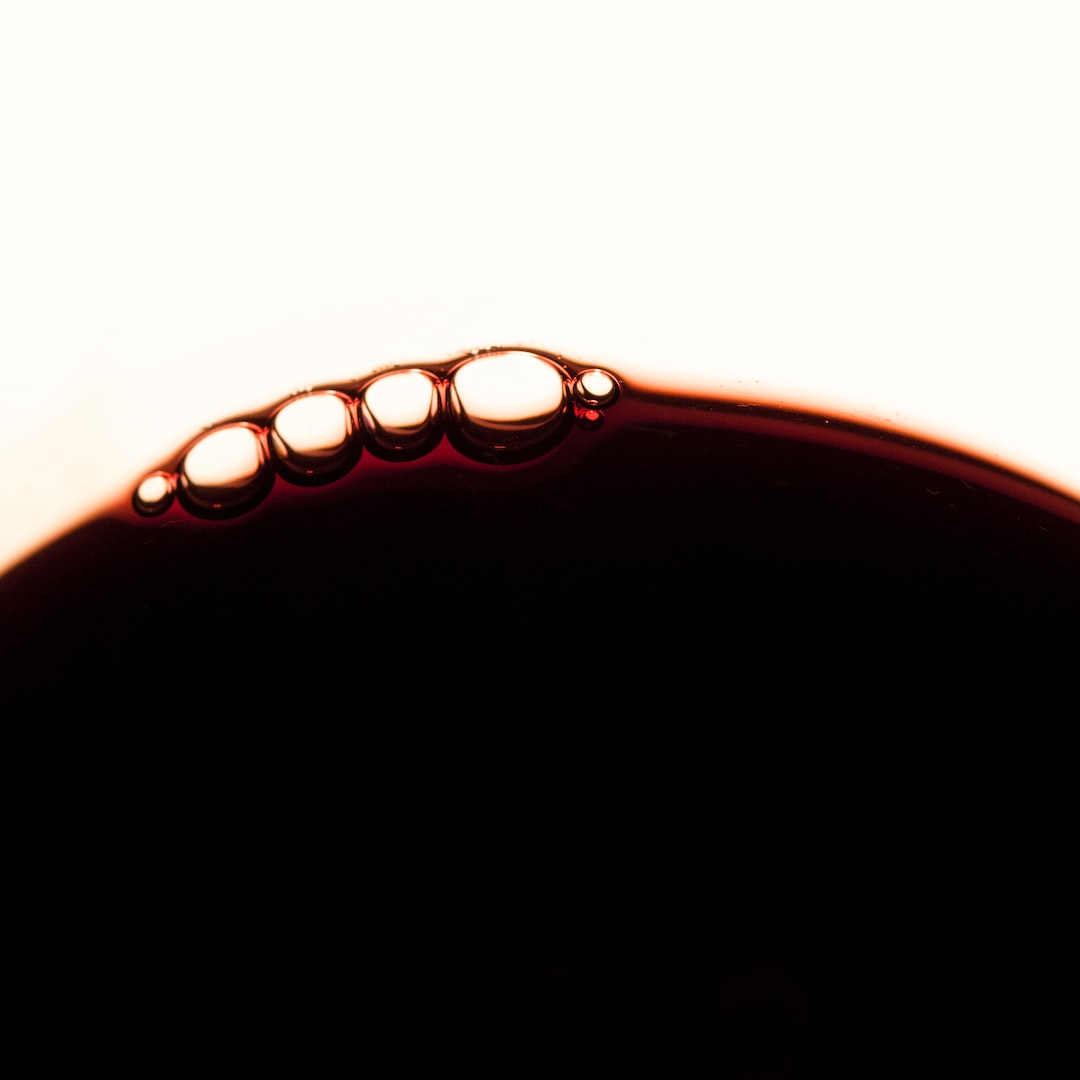 Photo by Rowan Heuvel on Unsplash

No Body, No Crime by Taylor Swift as a story

gracereitzel said...
on Oct. 14 2022 at 1:21 pm
gracereitzel, Summerfield, North Carolina
0 articles 0 photos 1 comment
View profile
This is incredible! It perfectly captures Taylor`s voice! Now I`m going to need one of these for every other song on her discography
PoisonIvy22 BRONZE said...
on Sep. 30 2022 at 3:06 pm
PoisonIvy22 BRONZE, Windom, Texas
2 articles 0 photos 14 comments

Favorite Quote:
"Never believe anyone who tells you that you don't deserve what you want." -Taylor Swift
"If you can believe in something great, then you can achieve something great." -Katy Perry

View profile
I got to say, this was beautiful. I could hear Taylor's voice singing the lyrics, and I could imagine everything. This was perfect. This is what fan fiction i! Awesome job!