Favorite Quote:
You have one of the brightest minds I have ever known. Its as if the sun looked at DaVinci and said 'sup playa?' and DaVinci was all 'you wanna do this?' and they created your mind.

The rain came crashing to the pavement outside the window, that by this time in late October, had turned cold to the touch. The wind was pounding the raindrops that fell loudly on the metal siding of the trailer. A leak, steadily dropping into a small pot beside the la Z boy in front of the antique television, which never seemed to get any channels that weren't Spanish football. I turned back to the rain. I watched a small droplet as it rolled down the side of my window. As it reached the bottom of the glass, I was happy for the raindrop, because it had never known any of the sorrows in this world. During the raindrop's short journey through life, all it ever knew was falling. It probably didn't know what falling was, but only knew that it was doing it. The raindrop never knew that he was going to splash down to the ground, mixing with a million other raindrops, never to be seen or known as a raindrop ever again. Then I was sad, because the raindrop never stayed suspended long enough for it to learn what it was, what its purpose was in the world. Even though its purpose was to fall to the ground, to become a puddle, which isn't a very exciting purpose at all. The raindrop would at least have a chance to choose whether he would enjoy, or try to deny his fate.
Whatever the choice, maybe the raindrop would have felt some sort of feeling of joy from falling, as it pummeled to the earth from the clouds above our heads, and wondered, what those tiny things were, that got bigger, and bigger so very quickly.
But who's to say, really, whether a raindrop has thoughts, or if they have ever thought at all. Maybe they do know their purpose, and they try to find meaning in their life by singing to us the sweet melodies of rain on our rooftops so as to put us to sleep. Or, they tried to deny their existence entirely, and closed their eyes as they fell to the earth, and never even knew what happened to them. What if, the raindrop decided he didn't want to be a raindrop, but something else, and never got to see his dream fulfilled. Or, the raindrop woke up one day, and was so thrilled to be a raindrop, that, it took in all the light it could find, and shot a beautiful rainbow across the sky for all that desired to see.
We might learn something from the rain. Maybe they have some things, that, without their knowing, to teach us. Maybe that one raindrop, that I watched roll down my window, a few hours before I lay myself down to sleep, knew that his purpose was something greater, something that he didn't even understand himself.

We might never know, unless we decide to listen, and hear the song of the rain. Listen to what it tries to tell us as it falls to earth. Tries to give itself meaning. Tries to live its life, for something more, than falling... 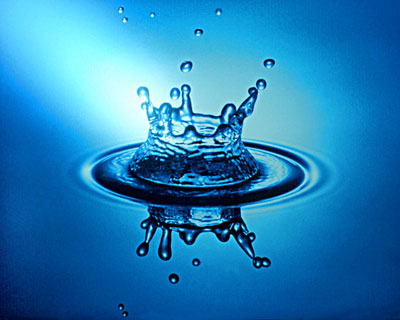