His car had been coughing loudly for over a minute now; it had even gotten louder than his little sister sitting in the back seat. That poor little girl, fitfully trying to sleeping in the back seat, she was in so much discomfort.

The unpleasant noises coming from his vehicle had reached a crescendo before beginning to fade into nothingness. His car slowed then stopped all together.

He sighed, releasing his grip on the wheel and slumping forward as he did so. The breath that escaped from his throat quavered; the weather was a sort of cold that chills your soul as well as your body. Also, it was dark, not just the dark of midnight; it was a darkness that makes regular darkness seem bright and cheery. The barren deathly gray trees blocked what little light escaped through the suffocating black storm clouds, which had not yet dropped their burden upon the earth, and kept the crescent moon out of view.

Suffice to say it was dark.

He heard a sound coming from behind the car, a heavy, yet muffled sound. He cautiously opened the door and stepped out of the car. He stood alone and ready to face anything. He had an ill sister in the car that he would defend to the death if necessary, and so, out of necessity, he turned to face the sound…

You know what, screw this! You don’t care; you haven’t heard the beginning of the story, so you can’t possibly be interested. Instead of continuing on in such nonsense, I’ll tell you about myself instead! I’m a much more interesting subject of conversation after all. Anyway, allow me to introduce myself: I am what you might think of as the archetypal narrator. I prefer the term, “story-teller” myself; I think it’s more homey and laid-back.

Okay, let me get one of the most common misconceptions about my nature corrected: I am not the author.

I do not write the story.

I can change nothing.

All I do is relay the tale in an entertaining manner.

I am omniscient on the topic of the main character but know nothing about any other subject. I guess I can, in a way, be compared to the deist’s god. I know all, but I am disconnected, unable to interact with what knowledge I possess. Whereas God is personal and powerful, I am distant and uncaring. I have no feeling for humanity. I tell it as it is, nothing more, nothing less. It’s actually not as great a gig as one would think at first glance.

Though I must admit, it does have advantages. I can know your thoughts and intentions; I can see what no one else does. Despite my limitations, I do have a power that I really like. I can look on and laugh at humanity’s stupidity and feel good that I can make no mistakes. I am faultless; what I say may be wrong, but only if I’m relaying a story that is in its very nature wrong.

Because of my lack of substance and personal meaning and my detachment, I am not affected by the sins that bind humanity. I have no weakness and no strength. I am incorporeal, a concept that might best be compared to time.

Anyway, enough of me, I really am done ranting now.

Oh, and in case you actually where somewhat interested in that little tale I was finishing, I’ve decided that whether you care or not, I’ll finish it up because I can.

The girl had a little bit of a sore throat and a cold. The man and his sister where on their way back from a camping trip with a couple of other families from their church and he had decided to skip out on filling up his tank, therefore he ran out of gas. He was nervous simply because it was a creepy night. The sound he heard coming up behind his vehicle was just the next car in the caravan pulling up next to him to poke fun at him then give him a ride to a local gas station.

So you see, even my story telling is subject to interpretation. It is all set in stone, yet the way I tell it will change your opinion of the situation. The way I chose to tell the story made you think the outcome would be dark and horrible, but in actuality it was all very commonplace and normal.

I guess that’s what I like best about my position; I can play jokes on your mind and no one can complain. 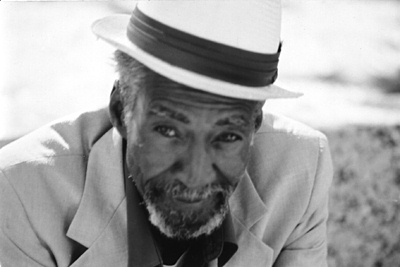 The author's comments:
I thought of the concept of a narrator interrupting his own story to explain his job and this was born.
Post a comment
Submit your own

View profile
I love how the narrator cuts in.  It's very true: how you tell the story greatly affects it, despite the fact the outcome would be the same.  Good job!
IncorrectlyWired GOLD said...
on May. 10 2011 at 4:42 pm
IncorrectlyWired GOLD, Milford, Virginia
16 articles 0 photos 57 comments

View profile
Thanks for the feedback! I have no idea who that guy is though... anyway, check out my other stuff please!
Timekeeper DIAMOND said...
on May. 10 2011 at 10:10 am
Timekeeper DIAMOND, Cary, North Carolina
62 articles 0 photos 569 comments

View profile
I like this, it was unique definitely. Interesting and entertaining narrators (see Ron Howard on Arrested Development) can be a key to a successful piece.