On the Sand | Teen Ink

Sand, its crystalline particles white like pure diamond dust, marked the end of the land and the beginning of the vast, blue-green sea to the netherworld. The beach was smooth for perhaps a dozen yards before changing to rolling dunes marked with sparse patches of grass. Amid that mix of white and green, a man crawled. The dusty leather he was dressed in had been torn open at the shoulder, and out of the jagged gash, through which one could see white bone, leaked a thick red liquid, which stained the sand red. His right collarbone had been snapped in half, so he clawed his way through the dunes with his left arm. He had not the strength to lift his head up and breathe, so he inhaled sand. The lids of sapphire eyes fluttered like butterfly wings to keep sand off the windows through which the man viewed the world.

He coughed up some blood, the crimson fluid ran down his chin into the sand. He rolled over, barely conscious, and coughed again. The sun glared down at him, making him turn his head to the side. He feel into a death-induced dream. He dreamed of his family, his children. They had a long time ago. So had he, actually. He’d died with them, when pirates attacked their ship. Since then he’d been trapped in a land far away, with them, in the netherworld. Across the sea by which he now lay. He’d journeyed through life then escaped death only to find that the wounds he sustained in life, while gone in the time after, had returned upon his coming back to life. He coughed a final time, spattering the sand with more blood. His eyes closed for the last time and, amidst a world of pain, agony, and loneliness, his heart stopped beating. 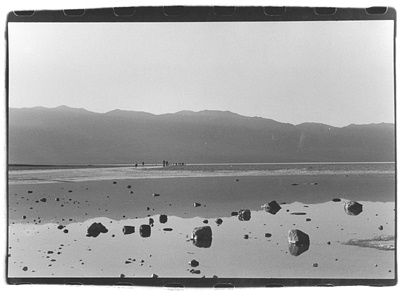