The Schizophrenic That I Loved | Teen Ink

The Schizophrenic That I Loved

“Please!” I cry, my insides feeling like they’re about to explode. “I can’t stand it anymore. I know how bad your illness is but I can’t…I can’t live like this anymore.”
He nods, pretending like he understands. He doesn’t, and I know it, but that doesn’t stop me from saying what I say next.
“I don’t think it’ll be smart if I stayed with you, Hollis. It’s hard, okay?”
He nods again. I can see his hands shake and I feel like taking them in mine and comforting and telling him everything’s okay. But I’ve done that ever since I met him. I’ve done that for a long time. And all he’s ever said to me was that hanging out with me was to only protect me from “them.” What I wanted to hear was that he was hanging out with me because he loved me. I loved him so much it hurt, but being with him was impossible.

Later that week, I was drinking my coffee, glancing at the newspaper. And there was a picture of Hollis. He has a smirk on his face. He actually looks happy. Beneath the photograph is a paragraph. As I read it, I feel my coffee mug slip out of my hands to the floor. I don’t flinch as the cup breaks around my feet.

I read the paragraph again.
19 year old Hollis Patterson was reported dead on 5/3/10. Police confirm that Patterson killed himself by hanging himself in his apartment. Records prove that Patterson had been diagnosed with paranoid schizophrenia when he was eleven. He had hallucinations, and anxiety disorder, and trouble concentrating. His hallucinations were about people, fictional characters, which wanted to harm him. His mother died in a motor accident when he was nine and his father left when he turned sixteen. This tragedy had left him shocked and terrified. A boy, handsome and full of potential, got pulled into this horrible illness that attacked his overall thinking and left him scarred. At this moment, his father is being notified about his son’s death. Prayers are going to all of those that knew Patterson. We’re very sorry about this unfortunate event.

“Honey?” my adoptive mom says, walking towards me. I just realize that sometime while I was reading this article, I had dropped on the floor. Tears are raining down my face, falling onto the newspaper.
“Honey?” I look up at her, her face blurred.
“Sweetie.” She whispers.
I break into pieces then. I slap the newspaper on the ground and run upstairs to my room. I slam the door but not before seeing my sister’s face, scared and innocent. 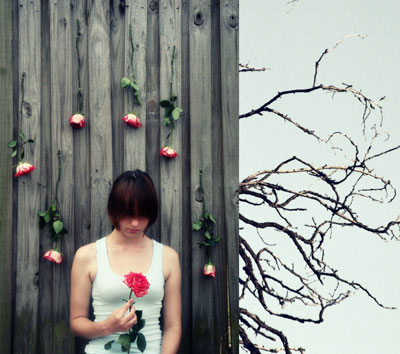