To put it bluntly, one would describe my backpack as pink and white plaid. There is much more than that. If you were to explore the depths of my bag, you’d be surprised, not to mention terrified.

With the zipper slightly ajar, you could crawl into it. After falling and falling into what seems to be an abyss, you just might reach the bottom of the bag, if you were lucky. Some people might not be so lucky. You may just fall onto one of the giant, hardcover textbooks that lay inside. You might seep through the pages, gasping for at least a breath of air as the old sheets of paper suffocated you, immersing you, with its mouth. If you were one of the unlucky ones, you would never be able to leave the book until it was opened, and trust me, that would be a very long time. But, if you could see a slight opening, you would be able to squeeze through it if you held your breath long enough. And there, to your horror, would be the bottom of my bag.

Little light seeped through the slightly opened zipper, leaving a small circle of brightness on the ground. Besides that, let’s just say, welcome to the abyss. The bag had darkened over time, very much so. Markings covered it like intricate tattoos, made by pens, markers, pencils—you name it. If you were one of those brave ones, those fearless ones, you wouldn’t be afraid of the faces those markings made, those grimacing, awful faces. They wept and moaned for mercy, to be set free from the backpack. But they would have no mercy. No mercy at all.

Wandering and wandering, that’s what you would do, just looking and pondering. Maybe you might come across a clean page or two. Wondering what those pages were doing here, so clean and white, you would step into the book that bound them. Deeper and deeper you would walk, just exploring; it’s simple. Nothing could surprise you in such a clean, white book, right? Wrong! Turning around, you would see a face, a strange, smiling face. Gasping, you’d jump back. It was just a picture, nothing to worry about. Looking heavenward, you’d see the faces piled up on top of each other. It was easy to understand why they were smiling; they were so close to the top, unlike you. When those smiling faces began to frighten you, you’d run out, not trusting anything that lurked in the bottom of the bag.

How right you are.

The ground seemed to have hands, so many grabbing hands. With every step, you would begin to sink into the vinyl floor. When one of the hands successfully grabbed your ankle, your eyes would widen in horror. Lightening your step, you’d begin to run faster and faster. Then you’d reach a wall.

What a wall, what a wall. You’d glance up, trying to lower your hope so if it was disappointing, you wouldn’t be hurt. But to your pleasure, you’d see strings hanging out of the weaving vinyl.

Grabbing onto one of the strings, you’d pull yourself up. It would be just like rock-climbing! Surely that wouldn’t be too difficult. Just keep pulling; just keep pulling, you’d chant inwardly. Just like Dory in that movie, Nemo! But you wouldn’t have such a happy ending like she did. You would find out that the strings were loose, much too loose for your liking. Alas, the string would break. The sound of it breaking seemed to terrify you. It sounded like faint laughter. Not a merry laughter, but a mocking, sneering laughter. As more strings broke, the laughter would accumulate. The wall would groan in protest, but it wouldn’t be able to do anything to save you from the roar of laughter that emitted from the snapping strings. It was like they planned your fall in the first place. You’d fall and fall, screaming all the while until you hit rock bottom once again. Rubbing your temples, you’d get up. You would wander more, eager to escape the bag’s clutches.

And all I have to say to you is: Good luck. 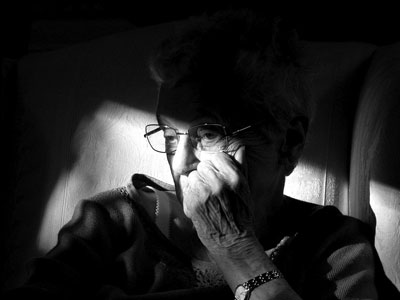