I’m the type of person who likes to complain a lot. But just recently I found out why I was always complaining. You see, there’s this company called Making My Life Suck™…
One of the many minions at Making My Life Suck™ is Clock. Clock is never obedient, waking me up when I need sleep and “forgetting” when I have a tight schedule. I’m never allowed to persecute him for his actions. I’m making an “excuse” when I blame Clock for waking me up late, and when I get a detention for tardiness. Clock always reports to my teachers, because he is a tattletale and brownnoser. Mr. Brown always says “its 12:20. You’re minutes late.” while pointing to a smirking Clock. Clock loves to see me fail, and throws a temper tantrum when I succeed. Clock reminds me of things I don’t like, flashing those bright green numbers at me while it snubs me for my tardiness.


Clock’s boss is Time, a short man with a beer-belly and a goatee. Time is malicious, without pity as he brings back analog Clocks. He knows I can’t read Time, and he cackles while I wonder which the minute hand is and which the hour hand is. Time is also disgusting, ending lives as doctors say “He hasn’t got much Time left” or “It will take Time for your wrist to heal.” Time’s boss, the CEO of Making My Life Suck™ is Fun. Have you ever heard the expression “time flies when you’re having fun”? Well, it’s true because Fun isn’t very generous. Most days, I’m in Math class, making graphs as Fun cackles at me. Fun is an ice queen, control freak, perfectionist, and not nice at all. She wears gray pencil skirts and black suits, hair tied up in a bun as she punishes those she dislikes (namely, me).

Everyday, Time, Clock and Fun send minions to get cappuccinos while making plans to bore me to death. Speaking of Boredom, he’s the chairman and head honcho of Making My Life Suck™. He looks just like the actor Stanley Tucci, with the same shiny bald head, large glasses, and short height. He is also the man who makes me sleep in Math Class, yawn in Spanish, and occasionally nod off in English; my “rude manners” are not the cause of those incidents.

Boredom’s office is a shiny glass skyscraper. His office includes the color beige, taupe, and puce, and a very chic looking secretary named Excuse. Excuse is also Boredom’s girlfriend, but Quaint (Boredom’s wife) doesn’t know. Excuse may seem charming and her act may look believable, but she’s got a reputation. Next time you hear teachers yell “I don’t want to hear your Excuse”, you’ll understand why. Boredom’s right hand man is Tedious, who wears a toupee and loves Bolo ties. He is the man who created the long car rides and those awful waiting rooms. Tedious is the sort of man who uses “um” in every sentence, and he eats TV dinners with his cat, named Soporific. But Tedious and Boredom aren’t actually the main villains in my life story. You see, Tedious and Boredom are just puppets in Failure’s game.

Failure is a scary man with a strong Scandinavian accent. If my life was a movie, Failure would be the type of guy whose face is never shown-instead, you see a big leather chair, and you hear his voice barking commands. Failure has dedicated his life to sabotaging my life, by using his little minions (Mr. Brown, the letter “F” and Math) to stop me from doing anything remotely productive. Failure feeds on shiny red Fs, which he eats with a side of caviar, eggs, and the crushed dreams of little children. Failure is very important, so he obviously has bodyguards. His first bodyguard is Laziness; Laziness is an overweight, high-school dropout who doesn’t really care what happens to Failure. The other bodyguard is Stupidity, an idiot that lives at his parent’s house, even though he is now middle-aged. Stupidity can be defeated, but Laziness is much harder to get through. Stupidity and Laziness are the ones who stop me from killing Failure, something I would really love to do.
Now, you’re probably asking “Where do the members of Making My Life Suck™ live?” That’s easy; they live in the small corner of my mind. 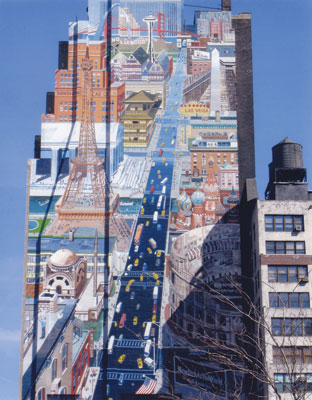