Diary of a Mature Kindergartner

Favorite Quote:
"Here’s my day so far: went to jail, lost the girl of my dreams and got my butt kicked pretty good. Still, things could be a lot worse. Oh, that’s right… I’m falling to my death. Guess they can’t." -MegaMind

Today I learned the rainbow, a mere skill of a preschooler, so it must have been review. Red, orange, yellow, green, blue, and purple is what the professor said, though I know for a fact this is wrong because of the acronym ROY G. BIV. This acronym shows that the correct colors of the rainbow are red, orange, yellow, green, blue, indigo, and violet. Why did Ms. Sherolon lie to us? On the board of rules, it states, “Be honest.” It is tragic to think she violated one of her own rules. I greatly admire Ms. Sherolon; if others find out she committed such a felony, she will surely be fired. This secret will stay with me.

There was a great fuss over the Jazzberry Jam pink Crayola crayon this morning. Syla and Jeff both needed this crayon because their coloring sheets lacked color. They both have not colored in their baby flamingos and are exceedingly fastidious with their colors. Only if they knew flamingos are gray as youngins. However, Syla and Jeff both desired the crayon, so I decided not to inform them. After sixteen seconds, I intercepted and simply suggested they break the crayon so they could each have a half. This greatly upset them, as they continued to bicker, still lacking equanimity. I forgot that the snapping of crayons, either purposefully or accidental, is prohibited. The quarrel had hit its climax when Jeff called Syla “a poopy pants”. As a result, Syla erupted in tears. The professor materialized out of thin air and punished Jeff to the forbidden corner. The rest of the class remained still. There were rumored to be horrendous monsters hiding there. Who knew if he would come out alive?

Rolly and a few others came up with a scheme to boycott the kindergarten system. It is unreasonable that our fellow friends in the elementary grades get to frolic in openness of the soccer field while us kindergarteners are restricted to the brutality of the playground. These feeble-minded kindergarteners needed my knowledge to form the plan. After forming the plan during lunch, we decided it would be executed the next day.

It was the day we executed our scheme. This is what happened:

We waited until quarter after noon (five minutes after recess starts) then nine of us came together to form a line, except for me. I was the commander. I stood on the side, to direct them. When the professor chaperones weren’t looking, I raised a hand, signaling for them to go forth. All together, they each raised a foot and placed them over the boundary between the playground and soccer field. They continued forth, until a professor’s head started rotating our direction. I whispered, “Hut!” The kindergarteners scrambled to find their centers of gravity. One kid tried to freeze on one foot, and grabbed hold of my bicep. I quickly shook his hand off and hissed, “No touching the superior, fool!” The professor’s head continued to swirl clockwise. To our relief, a kid screamed at high frequencies. The professor immediately turned his head in the opposite direction. He grunted loudly and jogged toward the basket ball hoop, where a child lay like roadkill on the concrete ground. “Alright, and march!” I shouted, none of the supervisors in my vocal reach. Two feet from each child stretched over the boundary. I scanned the surrounding area for any threats, but the enemies were over by the defeated victim by the basketball hoop. “HASTEN!” I screamed. The kindergarteners leaned forward to sprint off but froze and looked at me with utter confusion. Unexperienced children, their vocabulary knowledge is as hollow as a sink pipe. I rolled my eyes-my guardian wasn’t here to see me-and bellowed, “RUN!” The children darted off into the fields. The supervisors yelled and ran after them, but with their low energies, it was more of a jog. The youngins were undoubtedly in trouble. No I wasn’t in trouble, for I was still on the playground. I laughed and waved after them. No, I am not a rule breaker and never will I break a rule, no matter how unfair it is.

The professor taught us the alternative for Hello-”Hola”-which is Spanish. Honestly, this is so axiomatic. However, I blended in with the rest of the class, being all excited, yet confused over this “new” word. Algunas personas no son inteligentes. Pero soy tan inteligente. Only if she knew I am fluent in Spanish. 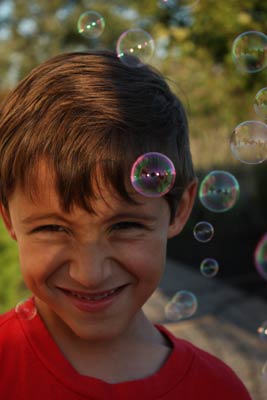 Just some stuff I wrote for fun. Hope y'all laugh. Like for part 2. Catch ya on the flip side!

Favorite Quote:
"The way I see it, if you want the rainbow, you gotta put up with the rain." - Dolly Parton
" Balance your life with spiritual experiences that remind and prepare you for continued, daily ministering to others." - M. Russell Ballard
"Love is expressed in a smile, a wave, a kind comment, a compliment." - Thomas S. Monson

Favorite Quote:
“I am a California girl, born and raised, so flip-flops and cutoff shorts are my go-to look."