Memoirs of a Superhero | Teen Ink

Memoirs of a Superhero

Favorite Quote:
"Use what talents you possess. The Woods would be very quiet if no birds sang there except those that sang best."
--Henry Van Dyke

He’s right. Even after all these years, I’m still living, still fighting, I know like all superheroes know, that there will come a villain who’s better than me. Who wants to win more than I do. One more gifted, more talented, one that even at my best I can’t surpass.

I liked to be alone at night, after the sun had dropped, and spilled orange everywhere. I would wonder away from my teepee to the hands of the woods. The howls of the wolves drew me, a rising, falling echo of calls that I felt. They were forlorn, they were lonely, and these were things I could understand. Barely perceptible shadows grabbed at me, whispering “You aren’t like them. Any of them. Not your people, not the white man.”

It was on such a night that I saw him, a man who stared back at me from across the river. He was hidden by the darkness, but his eyes remained bright like flashing torches, or stars that clashed together. Green, dangerous, intelligent. They were the sort of eyes you desperately wanted to turn from but could not find within yourself the power to do so.

“What’s your name?” I asked him, finding that my voice was huskier than usual, due to uncertainty. It was difficult to discern in the ink blotched night, but I could see that he was not one of us. Although darker (tanned, I later came to realize) than those of his kind he could not hide the fact that he was white. Nor did he seem to care to. His clothing was not of our soft skins, and furs. It was the scratchy, stiff material that the white men used, the kind that I could only liken to tree bark.

“You can call me Shade.” He moved forward, wading the river until he came close to me. Even with the moon full there was a shadow like quality to him that made his features difficult to distinguish.

“There’s no need for introductions, however. I know who you are.”

It seemed so slow at first, like milliseconds dragging as hours, or eternity, but afterwards the velocity felt as quick as a star burning out. His knuckles met my mouth, crushing, crunching, slamming until I could only feel the pain in my head and taste the tang of blood in my mouth. I could feel it slowly ooze down my tongue. I spit, smiled at him, and leapt.

Until this point in my life, I had never met another like me. A creature, “gifted” my mother had said, and all the villagers appreciated what I did for them, although even they with their kind intents gazed at me from chilly distances, some part of them frightened by what I was capable of.

Not this man. “Shade.” Whoever he really was didn’t matter. As soon as I shot at him, and watched with confused clouded eyes as he melted into a shadow, and attacked me from behind, I knew.

It hardly mattered if his skin was tainted that untrustworthy pale color. He and I were of the same blood. Something enigmatic, dark, and heavy.

All my life I had moved with an incredible speed, one that could not be humanly matched. All my life my eyes caught what they should not have been able to, and all my life I had waited for a challenger that would prove of some difficulty to me.

I don’t know how long we fought, only that the darkness remained when he finally pinned me to the ground, squeezing me with a grip I could not escape.

“It’s your right. Kill me,” my breath quickened at the idea, my heart pounding heavy at the notion.

“I should hardly think so,” Shade smiled. “Rather, I have an invitation to extend to you.” Then his eyes flashed again, far too brilliant against the shadow that his skin melted into.


There was just the four of us originally. Shade, our leader, me, Patrick, and Runs with the Sky. Patrick came from Ireland, consequently I found his accent difficult to follow. He had dark hair, and an infectious smile that revealed itself when food arrived, and at times when the tension was too much for him. He could flicker here and there, and appear in a place he wasn’t a second ago. His features would blip out like some kind of specter, and then he would appear again, looking at you from a wall or ceiling in a most disconcerting manner.

Then there was Runs with the Sky - Sky we called her. She was from some tribe farther West, one I had never really had dealings with. Oftentimes she was biting, but it wasn’t until later on that I realized she only did it out of playfulness. She loved to watch the sunset, and longed to see the thing they called “the ocean.”

She could taste lies. And throw things with her mind.

That’s why they look at me now, with wonder in their eyes, curiosity pouring from their bodies. They glance over quickly, and speculate over the events that really happened, full of youth and optimism. I want to tell them so badly what Shade told me, “One day they’ll get you. One day you won’t win.”

There were scores of others before us. Plenty that had used their gifts to fight the injustice of this world before. That is not the reason that the superheroes of this modern day look at me with such curiosity. It is because we were the first to ever band together, the first to ever combine and harness what we could not understand.

The beginning of it all. Us.

And I remember the night that it all came crashing down. We’d gone years, had gained fame as the “Night Watchers,” those who fought criminals and villains by the shadows of evening time. Our identities were never pinpointed. To the rest of the world we were strangers, travelers, perhaps untrustworthy, perhaps full of goodness.

I hear that these days he goes by the name of Kings Eye, though back in those days he had no villainous name. Just crimes he had committed that we intended to force to a halt. It had taken us months to get this far, now with the end closing nearer we were all set on edge.

Hundreds of times we had done this, but it wasn’t the same. There was an uneasy pressing to the atmosphere, one that even had Patrick grim faced and unsmiling. One that had Shade whisper hoarsely, one that had the hairs on the back of my neck standing on end like they’d been combed permanently up.

We went in, silent, professional, perfect. It didn’t matter because he was something we’d never encountered before, something that I still can’t explain. His hair wasn’t gray, it was silver. He didn’t have eyes, he had pools.

And I remember Shade’s last words to me, dry and husky. “One day they’ll get you. One day you won’t win.”

He meets my eyes with his own determined ones, sparking full of life. He isn’t going to take no for an answer, and finally I have someone to mentor. Someone I feel can understand.

A smile quirks at my lips, the same one that has waited for all these years.

“Alright.” So I give him his first test, and my fist collides with his mouth. 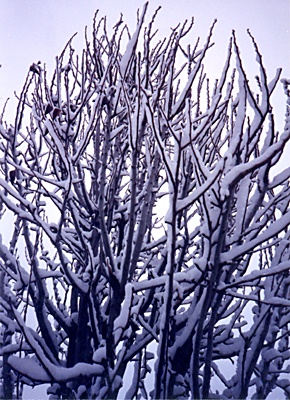 The author's comments:
I always wondered how the older superheroes would have banded together, and this was my answer.
Post a comment
Submit your own