Favorite Quote:
I am the master of my fate and the captain of my soul.

“Hey Mike, wait up! I wanted to talk to you about this Sunday,” my words traveled down the long, white, and empty corridor, echoing along the way. Mike turned around towards my voice.

“I was just wondering if you were doing anything, and if your not, could you meet me at my home around 11?” I asked.

“Well I have to go to church because I want to be a Christian,” he said sarcastically. I chuckled.

“Going to church doesn’t make you a Christian, anymore than standing in your garage makes you a car,” I said in reply.


“Well then I guess I’m not going to church and I’ll see you at your condo,” he laughed then paused,
“Why do you want me to meet you there anyway?”

“I’ll explain when you come over. Kathleen and Chris are coming too. It’s kind of complicated,” I said.

“Uh-oh. Wait, does this involve stalking the Yankees or any other major league baseball team in any way?” he asked in all seriousness.

“No,” I said thinking about the last time Kathleen and I used our high-tech espionage equipment to follow Derek Jeter back to his hotel to ask him for a photo and an autograph. Okay so we were asking him to autograph a marriage certificate, whatever. It became a much bigger deal than what it really was.

“Really?” he asked doubting me.

“Yes really! This does not involve stalking Jeter or anyone else I promise! Gosh,” I mumbled under my breath.

“It involves the President doesn’t it?” he asked as a second guess.

“Maybe,” I said my eyes gazing at the black and gold speckled tile.

“It does!” he exclaimed, “What is it about this time? Do we get to kidnap him again?”

“No!” I exclaimed crisply, glancing to make sure no one was around, “Stop saying that when we are out in public; we were hired to kidnap him to find glitches in the Secret Service’s system, not too gloat about it to everyone,” I said to him a little too harshly, but his boasting was getting annoying.

“Ouch that stung, well then what are we doing?” he asked.

“I’m sorry, I’ve been a little irritated lately. We have been tasked with a new job,” I said quietly, “It may involve the greatest robbery ever, not that it would be a real robbery because we would have to give everything back.”

“Damn, and at first that sounded so appealing but I think I’m going to have to pass. You know, midterms and all,” he replied, sounding almost annoyed, and clearly not wanting anything to do with this. He had the right to say no, considering the last time we stole something and how complicated everything turned out.

“ Well, we would have to give what we stole back, but if you came, you would be cut into the five million dollar payment,” I paused for dramatic affect, “Just saying.” At that point I started to walk away, knowing I already sparked his interest.

I laughed as I turned around the corridor and stepped out the doors of the school’s main entrance knowing that with every graceful step I took, he was watching with intense interest and yet again I had him wrapped around my finger. 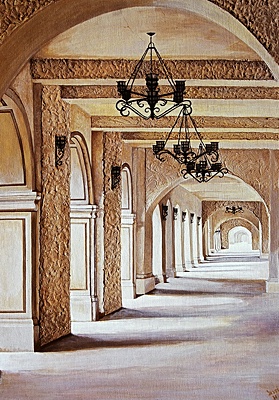 The author's comments:
This is the first chapter in my novel, The World is Round, which is a novel about four high school seniors who are so good at what they do--they get hired to rob Ft. Knox in order to find glitches in the security system.
Post a comment
Submit your own