The Game of Life HWW-1

Along a stretch of tundra in the outskirts of Russia, a wind was born. It howled through the pines and blew frost across a deserted road that wandered aimlessly. Along this path, with no sign of civilization in either direction, was a church.

Besides being dedicated to god, this monument was also a home to Father Ifer, or more appropriately, the late father Ifer.

He had died in his sleep, having served his lordship faithfully throughout his life, having never indulged in sin and having spread his generosity thinner then the Red Cross. Lucas Ifer had dedicated his whole life to god, even to the end when he was left to rot out his hermitage on the frozen tiles of a secluded temple.


Being a Greek Orthodox, Lucas had been expecting heaven, because that’s what he was told one would find after death, after the shades of night submerged one’s mind. What he found was not the same, although it was a form of paradise.

Only ten minutes had gone by since the last puff of his heart had given way, but already he felt a surge of strength greater then any he had ever had in the world of the living. To Lucas’s amazement, his nerves began to repair themselves and he regained feeling in his limbs; no, not in his limbs, they were someone else’s limbs, he was an entirely different person.

Lucas pried his eyelids apart and felt his trance being replaced with vivid clarity of thought, a consciousness too sharp then was possible for one so confused.

At first he saw only bright lights, but as his pupils dilated to an appropriate size, he recognized this brilliance to be a simple fluorescent light, flickering madly above him.

Lucas leaned back in his chair; it was not the wooden bench he had died upon, this was a leather recliner, so soft he barely noticed he was sitting on anything. This chair was facing a massive white box, whiter then the walls and carpeting of the room.

Once he had adjusted to the shakiness of his arms, Lucas raised his hand to his head and scratched a massive itch. His fingers met with a nylon shower cap, full of cords and mechanical instruments and wires that ran from his head to the big white box. When he pulled it, it came off easily; all the fuses were blown with age and overuse.

The door cracked open and let in a dim glow, a flickering torch light that pacified the atmosphere. Silhouetted was a set of curves, no, a woman, with a beautiful face and a build like…Lucus could think of no comparison. She wore nothing but a cocktail dress; the priest praised God then cursed time for leaving him so old.
But he was not old, that was something else Lucas was having trouble adjusting to. He felt like he hadn’t felt since the last time he fell in love sometime around his early twenties. His body was robust and more healthy then it had ever been in all his earthly years.

Warily, Lucas braced his new muscles and stood up. The ground swayed below him, but once his dizzy spell passed balance came more naturally then it ever had while he played on the rafters of poverty.

The woman stepped forward and steadied him.

“You’re an angel?” Lucas sat on a balcony, holding hands with the woman, gazing over a city of drops and plateaus and towers so tall that the ground appeared small and harmless. The bench was nothing more then a seat of limestone, and the priest felt comfortably close to this woman, even though she was an angel and he was dead.

“Some might say I’m an angel, a saint, but if so then you are too. The only difference is your name is Lucas, and my name is Angel.”

“Yes, Heaven, paradise, Eden, it has many names.”

“So there is a Christian God,” Lucas sighed in relief.

“No, not in that way. We are all gods, every person who ever lived is their own god, but there is only one omnipotent God, the principle, and although yes he founded Christianity, he also gave birth to every other holy foundation; a means to bless more people with the privilege of servitude.”

Lucas’s newly sharpened brain was a jumble of assumptions, “I’m confused?” he stated with childish simplicity.

“Let me explain then,” Angel patiently folded his hands on her lap, “A long time ago everyone lived together in Limbo. We were all equally powerful, because all of us were infinitely powerful. Everyone of us was the omnipotent god of himself, all knowing, all powerful. But then one of them realized, since he was all powerful, logically he would have the power to make other people less powerful, so while he retained the ability to do anything he pleased, those around him lost the rights to their powers and so became his willing vassals.

“But even though he could do anything, that didn’t mean he did everything at the exact right time and place, so there were those who rose and defied his righteous leadership. These traitors disturbed him, because there were so many souls in his control, almost seven billion to be precise, he wanted a way to stop them from rising up against him. Being kind as well as just, he chose an alternative to reducing his minions to mindless vegetables, his lordship decided to preoccupy us and keep us distracted in pleasant ways while he did his otherworldly deeds. So it was that he invented Earth.”

Angel shook her head, “Earth is very real. It is simply another world where the principle sends all of his subjects after erasing their minds of unpleasant thoughts; he attaches them to a memory base and transmits their sensory perception to Earth so they may live on through the lives of the people there. Earth in itself is designed as a test, which is where religion comes in. If someone on earth proves faithful and loyal, if someone behaves as you did and serves his lordship faithfully, he is allowed to return to paradise when he dies. Once back in the kingdom of Eden, if they serve his lordship extra well, they will regain more and more of the powers they had confiscated.”

“What if someone isn’t good?”


“Then generally they remain on earth.”

“Come, we are wasting time!” Angel got up and twisted her left arm in the ivy of a pillar, the late rays of sun glinted off her almond hair and sparkled in her eyes. “I have so much to show you throughout Eden.”
Then she frowned, “But there is so much you must be accustomed to.” She knelt down beside him, “The first of which is, angels don’t wear clothes.” She pulled on the strings of her bodice and her dress fell onto the floor. 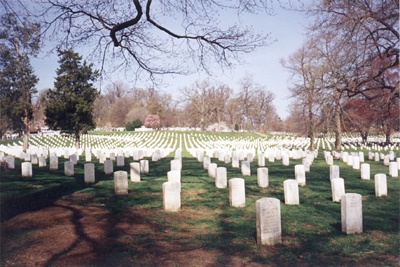 The author's comments:
This is the first part of five in the Heaven Wide Web serise. I know this is long and a lot of you have the attention span of fruit flies, but bare with me because it gets extremly exciting in the later parts of the serise. If no one seems to like it I won't publish the next parts so be sure to say so if you would like to read the rest of the serise.
Post a comment
Submit your own

Favorite Quote:
"Today you are you and that is truer than true, there is no one alive who is youer than you."
-Dr. Seuss

"The pen is mightier than the sword."

Favorite Quote:
"Today you are you and that is truer than true, there is no one alive who is youer than you."
-Dr. Seuss

"The pen is mightier than the sword."

View profile
So does anyone want me to publish the second part?