Favorite Quote:
"Why does everyone think I need a man? Look if you find a guy who is decent, good with kids and has respect for women, call me." "It is better to have loved, than to have never loved at all."

New Hope, Philadelphia. Quaint little town that can either take you back through history with its landmarks or bore you to death with how lame this town sometimes can get. My name is Hexel Demonia Yuo, seventeen years of age, and totally secretive about about almost everything in my life. Why? I can stop time and no one in the world knows of my secret. I moved out of my old so called "home" a couple of months ago. Mr. and Mrs. Yuo weren't very good parents because they didn't know why I wore the clothes I did and why I was so different from all the other kids they could have gotten at the orphanage years ago when they adopted me, but they at least fed me and gave me the right to pick out my own materiel possessions. Sadly I can't really say I miss them, due to the fact that my step brother was such a lunatic and a complete know it all when half the time he didn't know what the hell he was talking about, and that I never really liked the schools they sent me to, but i guess they were good enough to me that i think of them every once in a while.
Anyway back to the story. I moved away from my step family as soon as I turned seventeen, so it was legal. I got on the first north bound bus with whatever I wanted to bring at the time and never went back. So here I am in the boring, historical, sadly small town of New Hope. First of all as soon as I got here I found a job at the "New Hope Pizza", pizza joint as a cashier, a one bath one bedroom apartment, and got enrolled in school in two days flat.
The high school was as old as it looked outside as it was on the inside. It wasn't what I called big or anything but it was where I had to attend school for the remainder of my junior year.

"BEEP. BEEP. BEEP. BEEP. BE-" I slammed the alarm next to my bed to turn off so I could get some more sleep. Of course with how I set up my alarms on anything the snooze only last two minuets. Seeing how it was that I was already late for the 3rd to last day of the school year I decided to get up and get ready for school and seeing the office workers at my high school once again. I put on blue-black jeans, a tank top that said "Painting The World Black" on it, my black and red skater shoes, and my plum leather jacket and headed out to another half day of teachers telling the students that they have to make wise decisions in our future that we just ignore and keep listening to our i-pods blocking out reality.
After walking to school, going to the office, and getting a pass to class, I ended up at old Ms. Fitts Advanced English Class to await endless boredom. I walked into the class casually as always and handed Ms. Fitts(again interrupting another monologue of hers she was reciting) and toke my usual seat at the far end of the class.
"Glad to see you've finally made it to my class Miss Yuo. Did you get stuck in traffic of the waling lane or did your next door neighbor destroy your homework?" she asked as she usually did whenever I was "dreadfully late"(as she called it anyway)and teased me once again.
"No. I oversleep. And I have my homework right here if you want it so badly. Now can you get back to your monologue of Othello before some people try to sneak out of the room?" I said sternly, knowing that two boys were almost to the doorway getting an escape from Ms. Fitts grueling monologue she couldn't say correctly if she was even born when it was written. As usual everyone stared at the door after I said that and the boys bolted with Ms. Fitts running after them.
"Now class please stay seated for the moment and I'll be right back. Gunther and Rilo come back here this moment!!" she said quickly soon leaving to get the boys afterward. I simply smiled and everyone turned back so they could either finish their assignment they were suppose to last night for the English class, talk on text on their cell phones, or listen to their mp3s and talk to their friends about what was on TV last night. I took out my i-pod and listened to "Fixed At Zero" by VersaEmerge until the teacher came back, without the boys in hand.

Later that day all the teachers decided they would allow their students to return the textbooks to them if the students wanted to. I decided I could return them easily if I did it in my own time. I went to my locker and saw at least 5 gapeing untouched textbooks in my locker waiting to be read and used for once. I had read so many textbooks back at the orphanage that I already knew what was to come in high school and it turns out I was right. I had to never open any of the books because I basically already knew the material that the teachers were teaching. It was almost time for school to be over and our Math teacher decided to let us out early so we could take back our textbooks, only almost everyone in the class called school history for the day and went home.
"Man I need to get rid of these books before they collect anymore dust in my locker." I thought to myself in my mind. "Ok. Stop Time." And at that the world totally went still.
All the leaving students, teachers, and administrators that were at one moment walking in the hall and ready to leave the building stopped dead in their on positions as I went by each one of my classrooms dropping my textbooks as if I didn't notice they were even there and I once again felt at home in my own world where no one could bother me.
I was still having the world at stand still and returning my last textbook to my Science class, when i thought I saw something. And not just anything either. Something that totally and completely paralyzed me in a state I could rememver the last time ever being in... Fear.

I thought I saW something... or someone... move in the hallway where there was only frozen people trying to get out of school, but couldn't since I stopped time and they wouldn't ever notice anyway. Is there something that I didn't stop? Or maybe its just me beign paranoid becasue I watched Night Of The Immortals last night? Either way I had to find out.
I looked in the place where I thought I saw the thing or person move. Nope. Everything and everyone are still frozen like ancient artifacts in time. Maybe I was imagining it so I went back to my locker and put time back into motion. All the way that I walked home though, I could sworn that everytime I looked back behind me, that someone was constantly watching me and the more I thought about someone being in the one place I felt safest and more at home than anywhere else, it scared me that something or someone just might be someway to take that comfort away and have it used for something sinister and unthinkable. 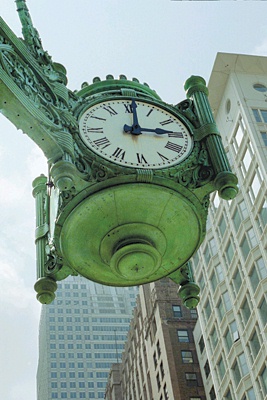 The author's comments:
The second installment to my story Night Life Rush is finally here. Please let me know what you think and see if you can maybe give me some suggestions on what I should right in the upcoming chapters. Night Life Rush: The Men That Want Answers And Mr. Mystery Caller will be next so hope you stay around to see what happens next!
Post a comment
Submit your own