Who is the best college football coach? | Teen Ink

Who is the best college football coach?

The Best College Football Coaches of all time

There have been a rather large amount of extraordinary college football coaches, but who is the best overall?  All college football coaches work their team to their full capacity. They want to win the championship. They want to be ranked in the top 10.  All teams want to beat their arch rivals by a landslide, but not every team can. Some teams have been ranked number one for years, others jump up and down on the rankings.  Many championships have been won by a ton of different coaches, but who has won the most? Who is the best in the SEC? Who is the best in the Big Ten or the Big 12?

Let’s talk about Bud Wilkinson.  He is the top candidate in the Big 12 Conference.  Wilkinson helped Oklahoma for 31 years, leading them to 3 national championships in 1950, 1955, and 1956.  He had four undefeated seasons with the Sooners. Also, Bud helped them achieve 14 Big 12 titles. Bud Wilkson is for sure ‘up there’ for the best college football coach of all time.

The Big Ten conference holds one candidate for the best college football coach of all time.  Take a look at Woody Hayes for example. He will always be the face of Ohio State Football. He won 5 championships for the team, and 13 Big Ten titles. Woody Hayes helped running back Archie Griffin win two Heisman Trophies, the only person to ever win two Heismans.  Woody is definitely a candidate. 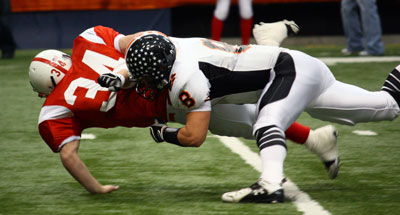