One of the most regrettable occasions of my life occurred in Seoul, Korea, in Samsung Hospital’s Room 307. I had flown home for Christmas break. Winter – its chill was everywhere – ruled: the outside, my emotions, my ailing grandpa’s life. The day my family visited Grandpa in the hospital, the icy wind blew through our coats. He had been suffering from lung cancer for three years, and my mother had forewarned me that his health had deteriorated these last two months.

The very thin old man in the adjustable bed had no hair and no fingernails. He must have lost fifty pounds because of the intensive cancer treatments. The previous summer when I had seen him, he looked strong enough, but maybe he had fooled me.

Grandpa had a radiant personality, and though he was suffering, he pretended not to be sick in front of us. He always told us he was doing well and that he felt fine. I can still remember that image of my strong and vibrant grandfather, and this man in the bed was not him. It hurt me too much to look at his face. I could not even look in his direction. If I were to look him in the face and talk to him, my tears would have been unstoppable. I believed if Grandpa saw my emotions leaking through my eyes in large teardrops, he would be filled with sorrow.

To be honest, my opinion of Grandpa is strongly biased because I considered him the most generous and thoughtful grandfather on Earth. I suppose I pictured him like a stalwart tree, forever giving and forgiving in his love for his family.

During my younger years in Korea, every weekend included hamburger day. Grandpa lived just a few blocks from us, and my brother and I would walk the short four blocks to that world-famous restaurant to meet our waiting Grandpa who would buy us hamburgers. When we grew older, my brother and I, as teenagers often do, became lazy. Instead of going to McDonald’s ourselves, our parents would go for us. They would ask us to ride along in the car, but we came up with excuses, like too much homework. Little did I realize that we had cut Grandpa out of this food circle. One of the reasons he bought us hamburgers was so that he could see us and hug us. Although we were too immature to realize his motives, his love for us did not end. When I moved to America, he wrote me encouraging letters and sent $50 every month.

No longer can I look into Grandpa’s deep and loving eyes, but I wish I could. From that day when I last saw him alive, Room 307 has ceased to exist in that one place. That room, with its dimmed lights, hushed sounds, and rubbing alcohol smell has taken up a permanent residence within me. Sometimes I open that door, and when I do, my eyes sting with tears. Then the regrets come: I regret that I barely looked at his face and that I did not hug him as much as I should have. No, I did not talk with him nearly enough. No, I did not give enough of myself. These are all regrets for me, especially when I think back on how Grandpa never forgot his grandchildren, making sure that we received our allowance from him until the day he died. 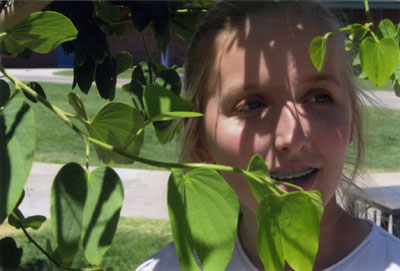