This paper was written to compare President Obama and President Trump and their decisions that affected America and the way its economy works. Fake news can make some past research papers not factual which can cause confusion and misinformation to be spread. This paper was written using government sources, nonprofit organizations, and BBC news as all three of these sources tend to not have a hidden agenda. I have found that President Obama was more middle-class leaning and Obama pulled America out of a recession. President Obama also introduced ObamaCare. President Trump tariffed china but also had to deal with the economy during Covid 19.

Did the last two presidents ruin our economy? This paper was written to examine President Obama and President Trump and their economic decisions. When both administrations were in office they were forced to make many difficult decisions that changed the course of the American econmey. The last two administrations have extraordinarily changed the economy and the way it functions and forever will.

President Obama changed the economy drastically compared to past presidents and their administrations. “It was the labor movement that helped secure so much of what we take for granted today. The 40-hour workweek, the minimum wage, family leave, health insurance, Social Security, Medicare, retirement plans. The cornerstones of the middle-class security all bear the union label”- (Obama, Daily Labor Report). The economy during each administration gets changed to suit the policies of said administration; in this case, it was President Obama's administration that changed the economy to be more middle-class leaning which caused some uproar in America. President Obama was faced with a lot of difficult decisions early in his presidency which tainted the public’s view of him.

President Obama took office during an economic recession in 2008 that made Americans turn to President Obama to lead America through the economic crisis that damaged America to its core. His idea was to make the economy tilt towards the middle class" I will cut taxes - cut taxes - for 95 percent of all working families, because, in an economy like this, the last thing we should do is raise taxes on the middle class."- (Obama, Democratic National Convention Presidential Nomination Acceptance). He made more jobs readily available and rescued the car industry. Unemployment in 2008 was incredibly high at 144 million in the fourth quarter of 2008 (bls.gov/opub/mlr/2009/03/art1full.pdf) causing economic problems in America.

Obama made a plan to fix the economy in 2008 but as soon as the plan came into effect Americans gradually began to change their view of the president at the time since Obama’s new plan was going to lean towards the middle class as the main benefactors.

Obamacare was one of the big economic decisions that affected the economy as it was more of a forced decision that affected all of America as the people didn’t have a say on whether they wanted it or not"It was a long battle, carried out in Congressional hearings and in the public square for more than a year," said Obama, "But ultimately, after a century of talk, decades of trying, and a year of bipartisan debate, our generation was the one that succeeded. We finally declared that in America, health care is not a privilege for a few, but a right for everybody."Bryan, B. (2017, March 27). OBAMA DEFENDS OBAMACARE: America is stronger because of the Affordable Care Act. ObamaCare led to an increase in taxes on people who didn’t use the organization as Obamacare is government-backed.

The economy under Trump was extremely different than with president Obama. American-made items began to retake the market as tariffs on china made goods more expensive; this promoted American goods in the economy. Using and buying American-made goods helps pay off the debt of over a trillion America owes to China. (Trump Trade War: The Economic Impact of US Tariffs/).

This to some people in America was hurting the economy as everything made in china became more expensive to consumers. The economy still struggled “you look at economic growth from the start of the pandemic to the present, the US has done better than Europe but worse than China and some other Asian economies such as South Korea” says Neil Shearing, chief economist at Capital Economics. This can still be a problem as our economy is still recovering from the 2008 recession.

President Trump plunged the economy into chaos during the pandemic known as Covid-19 reasulting in unemployment skyrocketing as businesses had to close to stop the spread of Covid-19, this leads to the layoff of 7.9% of the workforce. The rate of job loss was so bad that it put the president of the time, Donald Trump, into a hard position that forced him to sign a relief bill that pushed mortgage and rent farther back to give the American people more time to pay rent and on top of this there were two stimulus bills signed into effect that gave Americans money to pay for basic living expenses as the population was still suffering from job loss (US 2020 election: The economy under Trump in six charts).

Trump, Obama, no matter which side you take both Presidents helped the economy a lot even though ups and downs such as the recession of 2008 and Covid-19 closing businesses. In the end, both Presidents had their ups and downs but no one person is perfect in any way. However, both presidents could have been more open about what was going on during their campaign. Both presidents could have listened to their people a little bit more but in the end, the American people won't truly know what happened as today’s news is so corrupted that truth is mixed in with lies to the extent that you can't find the real truth anymore. In such a climate where distrust Runs rampant through every town and city,  citizens tend not to trust their government when it comes to the economy. Many Americans dislike any president that comes into office as a certain stereotype has formed that the next president will hurt the economy. As the American people, we should be ashamed of how the political system has weeded out the few remaining good men.

Table A-2. Employment status of the civilian population by race, sex, and age

How Much Money Does the World Owe China?hbr.org

US 2020 election: The economy under Trump in six charts

The US Financial Crisis

Trump Trade War: The Economic Impact of US Tariffs 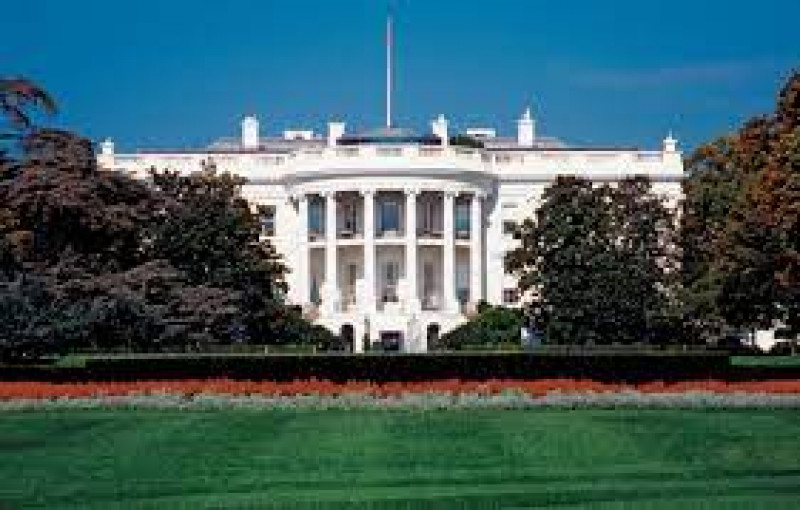 I think politics are an interesting bundle of lies.