I already bought the game...

With Monster Hunter Four Ultimate getting extremely positive reception both critically and commercially as well as being put on numerous lists counting down the best games of 2015, fans were left with the question of how Capcom could possibly top this ultimate title. Thankfully that question will remain as after just only playing the demo, I can say for sure that the new Monster Hunter entry, Monster Hunter Generations, is... FANTASTIC!

The reason I know this game is that great by only playing the demo is because:

1. It has unlimited uses (3DS demos usually have a limited amount of times you can play them)

2. It gives you access to EVERY SINGLE WEAPON TYPE!

3. It introduces all the new mechanics the game has to offer

The freedom Capcom gives players in this demo is simply jaw-dropping. And you know what? That is exactly why I bought the full game the day after I played the demo. That and because I liked the new mechanics the game had to offer.

One of the new additions to Generations is the inclusion of four different hunting styles. Each hunting style gives players a different "style" of gameplay to suit their hunting needs. For example, one style allows players to jump off of enemies and mount them while another style focuses on precision timing where if you dodge or block an attack at the right moment, you can deliver a devastating counter attack. Additionally, there are also skills called Hunter Arts that only adds to the depth of Generations's combat.

Another thing new to Generations is the ability to play as these cute cat warriors called Palicoes.  These characters were originally seen in Monster Hunter Four Ultimate as sidekicks that helped heal you, attack enemies, and other supportive actions. Actually playing as one is much harder than the computer controlling them made it out to be. Palicoes are super lightweight, difficult to pull off any attacks with, and are just generally klunky. However, their one strongest upside is that they fulfill their purpose of being support members perfectly when a player uses them online whilst fighting with other hunters.

All these new mechanics and play-styles are able to be tested out by fighting the three monsters that are able to be taken on in the demo either by yourself, or with others online or locally. Its free and fun, what more could you ask for? So please let me know whether your going to take my advice and download the demo. And if you did, tell me, what did you think of the demo for Monster Hunter Generations? 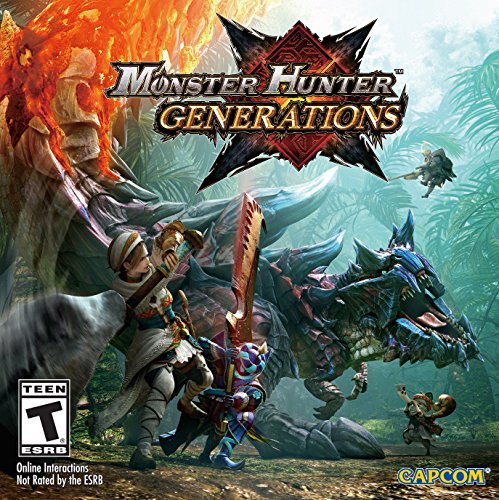