This is my favorite game by far. Disney Infinity 3.0, an action/adventure video game, is focusing on Star Wars. Even though I am not much of a fan of Star Wars, this game has made me gain interest. And now, the Toy Box building is more preferable than ever! This game is offered on most consoles. It was released on August 28th in 2015, and critics at IGN.com rated it an 8.9/10. Video gamers will enjoy this game because there are many features to choose from. In case it is confusing, I have listed what to do in the paragraphs that follow. The first feature I want to cover is the Toy Box.

The Toy Box is where I can place action-packed items, and make my own world. There are many unique items to insert to have a pleasant time, like the red Radio Disney boom box that plays real music. Toy Box TV is one of my favorite activities to choose from on this game.

Toy Box TV shares tips and tricks on how to make a Toy Box. This makes building ten times easier because it shows the steps to make a perfect Toy Box without going through a long, boring process. My favorite is probably how to make the townspeople talk. The townspeople are linked to a Creativ-toy. A Creativ-toy is where an object is linked and it will do a specific job. Community Content does not exactly meet my standards…

Community Content is where people can play in Toy Boxes that other people have made. Sounds terrific, right? Well half of the time the game is trying to load. Other than that, I dig it because I don’t have to spend a long time building a Toy Box of my own. Disney Infinity 3.0 is by far the best out of the three.

I am addicted to this game like Kanye West is addicted to himself. There is so much to do, so much to explore. There are even more Disney characters that everyone knows and loves, including Mulan and Anakin Skywalker. I cannot wait to see what Disney has next in store. I am so glad my sister introduced this amazing game to me. It is fun for all ages to play. Overall, I give this game a 9/10 like most critics do. In my opinion, everyone should buy this game, along with the other two (Disney Infinity 1.0 and Disney Infinity 2.0). 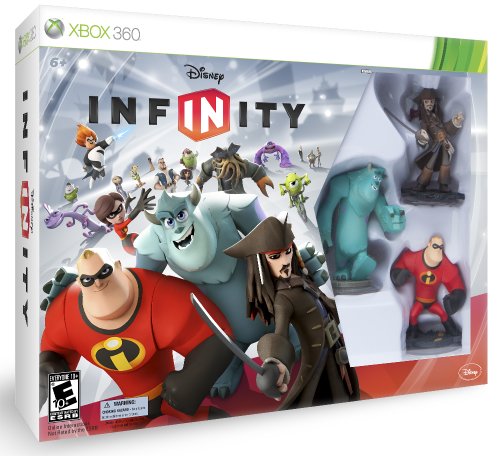