Centuries ago, the Transcendent of Light became corrupt, casting off his light to become the menace known as the Black Mage. Bowing many hundreds of thousands of creatures known as monsters to his evil will by granting them sinister intelligence, it is doubtless that he would have brought even more evil into this beautiful world if 6 heroes had not stood against him, courageously sacrificing themselves to fight him, as they became frozen in time by the final curse of the Black Mage. However, it is told that he is being brought back by a secret organization called the Black Wings, who plan to reawaken him. Please, hero, you must stop this far spreading menace from coming back before it is too late!

This is the general plot for every gamer who ventures into the 2D, sidescrolling world of Maplestory, a MMORPG made by the Korean gaming company, Nexon. Maplestory’s main gameplay comes from the rich storyline made for each of many different classes, which all have their own designated storyline. For instance, take the Cygnus Knights, the mighty guardians of Ereve, where Empress of all of Maple World, Cygnus, reigns and leads the Maple Alliance, the motley band of heroes from all different classes and even dimensions of Maple World to stop the spread of the Black Mage’s influence and dark desires. Or you could join the Resistance, whose members mainly fight against the Black Wings, who say they are trying to bring the Black Mage back into power. You could even become one of the reawakened 6 heroes of maple World who were sealed by the Black Mage while making the ultimate sacrifice. You decide! And while there are “required” quests throughout the storylines for you to level up out of four job advancements for each class, the game is fairly free roam, with a plethora of different quests you can fulfill for NPCs, and strong bosses to fight, even without the use of the required quests. However, I would suggest finishing the required quests because they do give you experience that you can use to level up and the occasional item, as well as some special animated cutscenes. The gameplay is also fairly simple and easy to learn, primarily made up of keys on the keyboard, and if you don’t like the default, you can customize your keyboard settings yourself, with your character’s skills, buffs, and healing supplies, like potions and pills that can be used to replenish your player’s HP (health points). When you run out of HP, your character dies and is immediately taken to the nearest safe town without hostile mobs for you to regain your strength and try again.

While the story is definitely one strong point of Maplestory for even hardcore RPG gamers, another strong point you can tell Nexon has worked hard on is the music for Maplestory, which has various genres in all the different areas of Maple World. For instance, compare the happy-go-lucky training music of Ereve with the slightly reggae style music in Golden Beach, and then compare that to the agitated, intense beat of the dungeon music in Lionheart Castle. They’re all completely different, but they are all equally unique and enjoyable pieces of music. Nexon clearly took a lot of time to create music for all regions of Maplestory, precisely tuning it to the mood of the region they create. Now, no one can go to the region of  Henesy’s without hearing its very homey, neighborly music, and all for the better, because that is exactly the sort of vibe Nexon was going for and succeeded in bringing.

Another thing I’m very grateful about is that Maplestory is completely free to play without pay to win gimmicks and unfair advantages given with subscribed membership. I’ve found that many free to play online games were quite disappointing in the fact that most players were restricted in many rights unless they had a subscribed membership which not only shows that specific gaming company’s exploit for money from players, but also some unfair disadvantages toward players who are nonmembers. This not only shows a gaming company’s nearly complete disregard toward players who do not “pay to win,” but also how little concern they may give for a player’s actual entertainment. Maplestory combats this by being a free client game, with nothing that can be paid with real currency to give a player any real disadvantage toward other players. The only thing that can be bought in Maplestory with real currency is at the Cash Shop, where one can buy exclusive items like pets, outfits, and hairstyles to customize their character, but these are completely optional. Additionally, exclusive items can also easily be traded with other players and the Free Market, so no one is completely obligated to buy Nexon Karma Koins for the sole purpose of customizable items. The overall game’s character designs are also very cute, with a pixelated, slightly anime chibi sort of look. Backgrounds are also very well done, with various types of terrain, flora, and fauna.

Now, for some of its weaknesses. One definite thing in Maplestory is how the quests are designed to make you “grind” in many places. While engrossed in the complex storyline of a dungeon for instance, an NPC may first require me to kill 20 Yetis, advance a bit, then tell me to kill 40 Yetis, advance some more, and so on and so forth. While this is an effective way of getting your character experience, which helps them advance to the next level, this sort of gameplay can also grow monotonous, especially when it interferes with the overall pace of a story. While gamers who don’t care too much for a storyline in gaming may not mind, this is especially irritating to those who are actually interested in what stories the game has to offer. Many times, I would end up logging out in the middle of a dungeon because its overuse of grinding became frustrating.

Additionally, party questing with other players can be difficult, as while the style of the game is not competitive, some players view it as such, so when a new dungeon is released, many players finish it within the first week which makes it difficult for other players to be able to finish that dungeon because most other players have already completed it. I also have lots of experience not being to finish up a dungeon because of a party quest where no other player was available to party with. It is especially difficult when the dungeon is available to players of nearly all levels because sometimes a party is restricted to players near your own level, because the range of players’ levels in Maplestory are quite diverse, ranging from level 1 to 250 (though even the simplest party quests probably wouldn’t be available to beginning players until they are at least level 13 or so).

One thing that isn’t necessarily a flaw, but I wished could be updated, are the servers on Maplestory. There is a little more than a dozen servers one can create their characters on, and these individual servers are also made up of other sections called channels. Certain channels can have more people than others, and they can be useful when playing with friends, as you can ask them to meet you on a specific channel, if they are on the same server, that is. One of the most disappointing things on Maplestory is how you cannot interact with other players unless they are on the same server as you are. While you can choose what channel you are going to be on, you cannot play with friends or acquaintances that may be on a different server, which is quite disappointing, especially if you have a high leveled character. Every server has only the characters you make on that server, and character data cannot be transferred to other servers. It just can’t be done.

Some other concerns are Maplestory’s community policies and also, the download time. Many players have complained that Maplestory’s gaming community has sadly become much cheaper, with players more concerned with leveling up than having fun and making friends. There are occasionally also problems with hackers and cyberbullies, though this can be said with some other games as well. However, the GM does a good job of dealing justice to these offenders which includes permanent bans. The download time for Maplestory is also very lengthy, which from my experience, has ranged from 4-20 HOURS. However, despite the long wait, among some other inconveniences, I believe it is always worth giving Maplestory a try. Though I am not exempt from some complaints about Maplestory, overall I find it a very satisfying game, and would rate it at about 4 out of 5 stars. Happy mapling! 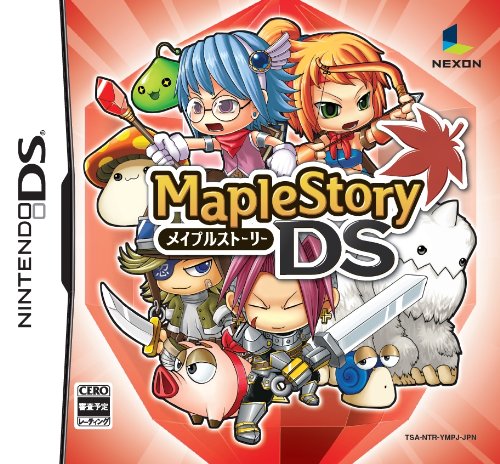 View profile
Very well done. I like your review. You state your opinion clearly, introduce the game well, and cover all bases. My one suggestion is to perhaps edit it down a bit, as it is mildly daunting to see an article this long.
CNBono17 SILVER said...
on Mar. 26 2015 at 11:35 am
CNBono17 SILVER, Rural, South Carolina
5 articles 0 photos 248 comments

View profile
Disclaimer: I'm not a gamer, so I don't claim to know what I'm talking about. But this review seems well-thought-out, objective, and thorough. (I kinda like the plot line introduced in the beginning; if this were a book, I think I'd read it:) ) Well done on the review