The Elder Scrolls: Skyrim on PS3

It would make sense to say that Bethesda Game Studios has not stopped astounding RPG lovers with newer and better games. That is to say that the first three games in the Elder Scrolls franchise had a lot to be desired. Arena, Daggerfall, and Morrowind were relatively decent RPG’s if you are used to pixel faced S.I.M’s like games. Bethesda really took it up a notch when they made the fourth Elder Scrolls game Oblivion and then even further impressed their wide audience with Skyrim, the fifth game in the Elder Scrolls franchise, released 11/11/11.

If you’ve always wondered what it would be like to take Mario, Link or one of your favorite hero’s from the games we used to play when we were ten and throw them into a Great Britain sized environment with complete freedom, this is the game for you. Did it bother you that in some of the old RPG’s you used to play you weren’t allowed to hit friendly NPC’s, or humanoid persons in the game. The attack trigger just wouldn’t work. But oh the joy! I remember my first day’s venturing into the unforgiving terrains of Skyrim or entering cities. I was at first shocked to find that not only was I free to attack annoying rambling NPC’s at will but there were lootable houses and even more pickpocketable people. The freedom to pick up the story line quest or just complete a miniscule side quest, which have not seemed to run out as of yet, leaves little to be desired from Skyrim. Throw your creatable avatar into the wilds of Skyrim and let loose.

It is so advantageous that the Skyrim game has more than just your average choice of adventure or action or even mystery. Instead Bethesda has decided to overwhelm you with not just a combination of all three genres but they allow the player to make what they will out of the large expanse of the Skyrim territory. Late at night when I’m getting in a couple hours of some good ol’ Skyrim the dangers of the vast environment seem all but so much more real and evident. One moment you are walking down a snowy pass trying to make it to the next village for a hot meal and a nap (to save the game) and then the next moments you here howling, grunting and other eerie noises that leave the already – on – edge gamer a little extra on edge. All of a sudden a winter Troll comes out packing a literal pack of wolfs and saber cats….. Awww what the #%@/! All of a sudden you start spazzing and flippin’ out. Why, you ask, because you can’t fast travel to the next town during a battle, walking seemed like the better idea and now you are going to die. For the fans of horror or suspense films I think you’ll get your fare share of it out of playing Skyrim.

The only thing that the Elder Scroll games, talking about either Oblivion or Skyrim, lack is a more reasonable length dialogue. With at least a couple thousand unique lines and individual lorish, mythical speech that waste valuable time and bore the gamer I would say it is cliché. If we were writing Lord of the Rings or Harry Potter than yeah, let’s go for the 10,000 lines in dialogue spread across the continent of Skyrim. Sad thing is it’s not a fiction novel, - it’s a game. For any real serious RPG gamers I’d say the next best choice in game would be Skyrim. And if you haven’t heard of it you probably don’t own a game system. 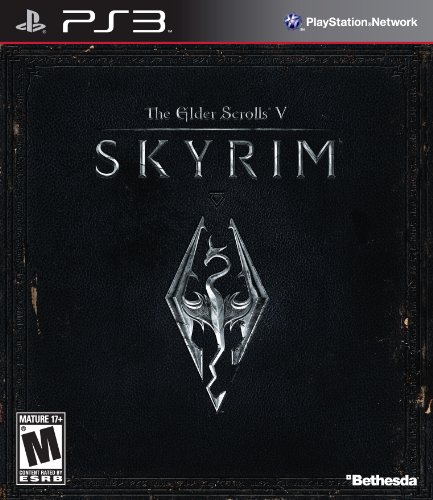