Into the West | Teen Ink

Spanning about 60 years and several generations of the classic American age, two families will discover their place in the west, a Lakota Native American tribe and the wheelwright Wheelers. They will play their role in shaping the gold-toned frontier, panning out its gold and fighting its battles, as well as shaping history when cultures clash on the frontier. They will watch as one race ultimately overwhelms the other at the dawn of a new age, one where the West finally attests to being tamed.

This isn’t your typical wild Western romp, and not just because it’s flavored heavily Spielberg (who mans as executive producer). Into the West is something entirely on its own, brave and fearless, seemingly vast as the west itself. The visuals are revolutionary. Every shot is grand as the horizon and the battles, the action, and l’amour compile into an epic only definable as a saga.

It also allows forgiveness when characters left and right unfold as the ultimate archetypal experience. The 12 hours of running film time don’t risk investigating more than an inch deep into anyone’s solid American spirit. In short, nobody isn’t noble. And when someone finally snaps, it’s done the good gritty ’Murican way, with intentions clair and quickly forgiven. Such a move restores faith in 1800’s humanity, while unfortunately leaves the TV miniseries at risk to being outdone in character interest by modern giants, like Game of Thrones.

But perhaps it can only be that way; this series goes the relay round in context, taking excruciating pains to establish a medium between the politically correct and engaging. After all, Westeros doesn’t cover over half a century of an explosively progressive era. The passage of time is also remarkably historic, conveying as realistic fiction without beating you over the head with a textbook. It feels real when all the Indian lines are spoken in, well, actual Lakota—literally, no white-washing here. Behind the scenes, many of the actors commented on how hard it was to learn the fascinatingly phonetic Native tongue; and just how much more it made filming the show pay off. The backdrop of this western saga is also none else but the great American movements of the day, such as the Gold Rush, the construction of the Transcontinental Railroad, Bleeding Kansas, and the displacement of Indians onto reservations. You can even spot some of the real life heroes if you look hard enough. Hey, there’s Jedediah Smith. And Sitting Bull! But the best part is, none of it feels forced. You watch as much entertainment as history in action, while individual characters weave together a story sure to be set into western legend. 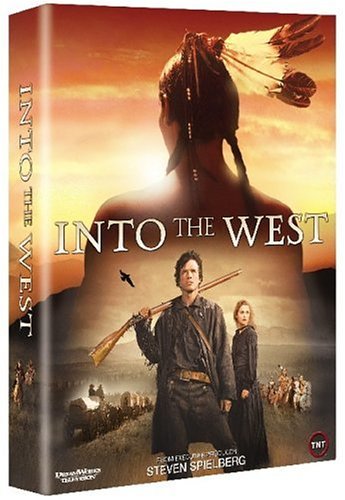