Favorite Quote:
"The sky is the limit, for some people aim higher nothing is impossible.”

At first, I wasn't amused by this show until I took a chance to watch it. The first time I watched the show, I got hooked up with the whole story. Considering that I love anything that involves fashion, it also shows a great kind of best friend and brother bond since Jane and his older brother, Ben, was left by their mom when they were young. The show was about Jane Quimby, who's supposed to apply for an internship but was mistaken for an adult applicant and struggles to balance her life as a high school student and a fashion designer. She has a best friend named Billy Nutter, which I really adore their friendship. They are with each other no matter what happens. I actually ship them in real life but the sad part is Nick Roux (who plays Billy Nutter) has a current girlfriend which is also his co-actor in the show and they play as a couple (ended up being together). Jane has different guy interests which includes Nick (her grade school crush since 7th grade, Jeremy (her coworker and the guy with the british accent) and lastly Eli (niece of her boss). The only mistake they did was to cancel the show because they thought that it wasn't good enough. 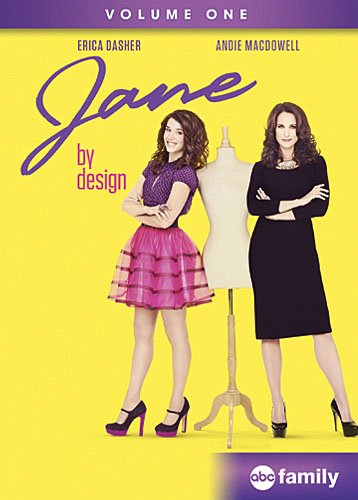