In the world of TV, there have been plenty of television series created that have taken us to the stars, or to other worlds and dimensions. Among these shows is Battlestar Galactica, a reboot of an older series that aired in the 1970s. There have been a few shows like BSG that have captured incredible visions of space exploration, and the advancement of human technology and knowledge such as the acclaimed TV sensation Firefly (which was sadly canceled). The story of Battlestar is surrounded by the creation of Cylons, a race of machines that begin to form consciousnesses, becoming sentient life-forms. These "things" then proceed to wipe out humanity on Earth, but only partially succeed. Then, after retreating to the stars, humans fight back, and a long war then begins. Though, in this mini-series that aired on Machinima's YouTube channel, the story is centered around the first Cylon War, unlike the other prequel Caprica and the original BSG series.

This mini-series is nothing short of spectacular, adding to the story and characters of a truly captivating and engrossing universe. The acting, for something that aired on the internet, is brilliant. Luke Pasqualino, who plays William Adama, the main character of the Battlestar Galactica TV show, is incredible. Ben Cotton, who plays Adama's instructor and co-pilot, offers a little up-lifting spirit, being goofy and funny at parts, but also offers emotion as he becomes a sort of brotherly/fatherly figure to Adama. The visual effects, for a low-budget mini-series, are phenomenal; the amount of detail the crew worked into the series is just jaw-dropping, and the setting is absolutely realistic (the scenes in space are truly realistic, and helped with scientific accuracy). The music by Bear McCreary is truly mind-blowing, echoing the themes of other BSG soundtracks, while adding new tones and sounds to showcase the hell these characters are thrown into. 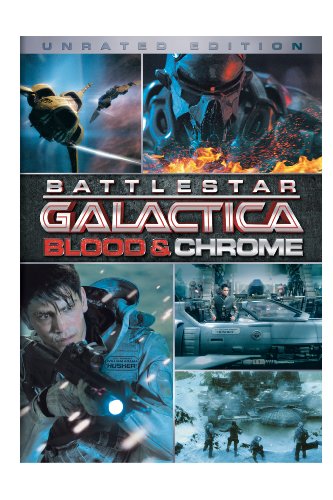 
Buy from Amazon Available on iTunes
The author's comments:
An Award-worthy Prequel
Post a comment
Submit your own