National Geographic Channel's show Chasing UFOs gives me yet another reason every week to be glad that it's Friday. The show focuses on three people--Ben McGee, a radiation scientist; Erin Ryder (usually called Ryder), their tech-and-recon girl, and James Fox, a UFOlogist--who travel all over to discover, as the title implies, the truth about UFOs. They interview witnesses, review footage, and trek through landscapes such as the desert of Roswell, New Mexico, site of the famed alleged crash in 1947; the jungles of Brazil, where survivors of a UFO crash supposedly still roam today; and the San Luis Valley in Colorado, the site of relatively recent cattle mutilations.

I wasn't sure I would watch it at first, because there are so many kinds of those shows out there, but I gave it a try and enjoyed it immensely. Even if they don't find something in each episode, each show is still interesting because of topics investigated and the various evidence shown, some of which can be easily debunked and some of which defied easy explanation. The first-hand accounts that they gather come from a diverse range of witnesses, such as everyday people who just happened to catch something on film or see something, fellow UFO chasers, and even members of the government or military, both retired and active.

Another reason the show works so well besides the intriguing evidence and cases is the three chasers themselves. The range of opinions is perfectly balanced between the three of them, because Ben believes absolutely nothing is ever extraterrestrial, Ryder is a skeptic and believes in some things but not others, and James believes absolutely everything. Most shows like this feature only one opinion shared among the whole team--everything usually is or it isn't, and only every once and a while do they showcase a different opinion. In Chasing UFOs, everything is subjected to multiple opinions every time.

Ben, Ryder, and James also come across well as a team; they seem like real people who are legitimately interested in what they are doing instead of just doing it for a job and the publicity it will offer them, which seems to be the case on many similar shows. Ben and James, with their differing opinions, constantly disagree over nearly everything, and James especially displays passion for his work. He often seems like an overgrown puppy jumping for a treat when the team investigates famous sites or interviews well-known witnesses, such as when he said he could stay out and search the desert of Roswell for six months in order to discover what really happened there and, later in the episode, when he discovered metal hidden out in the dirt of the desert during the investigation.

While there are plenty of similar monster/alien/ghost-chasing shows out there on TV today, Chasing UFOs manages to stand out to me because of the interesting cases, the range of opinions, and the "real-ness" of the people doing the chasing. I believe that both believers and skeptics can enjoy this show, as both opinions appear constantly on the show; believers may find out about new cases they didn't even know about before, like I have, and get new information about ones they already do, and skeptics may see something on the show that will perhaps change their mind and opinion about the existence of aliens. Even if they don't, the show is good enough to keep most people occupied and interested, whether they are a Ben, a Ryder, or a James. 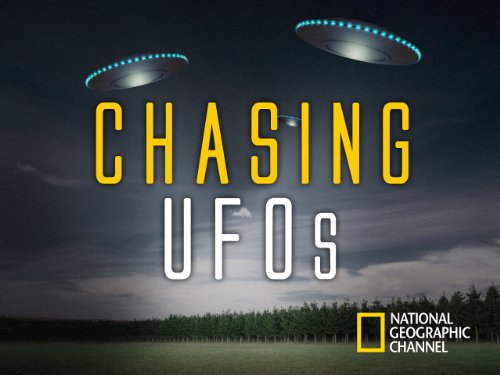 
Buy from Amazon Available on iTunes
The author's comments:
I enjoy watching this show because I am a big believer in aliens and other strange things, and I think other people will be interested in this show as well.
Post a comment
Submit your own