Kyle XY is the journey of a boy to remember his past and to create a brighter future. This journey starts with his birth; which could be described as unconventional, at best. He was born at age 17 with no belly button in the middle of a forest near Seattle. He himself was even stranger. He appeared to suffer from extreme amnesia, with no recollection of his past, yet possessed extreme power in the mathematics, and an amazing memory. As this journey continues, Kyle is forced upon the reality that he has no past, and must be defined in the moment. As he begins to learn more about this new life, he uses his extreme brainpower to develop new abilities, such as levitation. Although his intentions are good, there is a group out there, Zzyzx, which plans to destroy him. After destroying Zzyzx, he comes across a female counterpart, Jesse XX. They must work together to defeat Latnok, a group that plans to use information that Kyle has for bad, instead of good.

The show was amazing. It incorporated many genres: Sci-Fi, Fantasy, Romance, and even some Comedy. Every episode ended with a cliffhanger, making you dying to see the next. The biggest cliffhanger was in fact reviled at the end of the most recent episode, which was also the show's final episode. The season finale was recorded way before the show was cancelled, and therefore it left a lot of unanswered questions.

If you read the description, and are now dying to watch the series to find out what happens next, you won't find out. It is like a novel, and right as it reaches the climax, the author stops writing.

I will still tell you that the show is amazing, but if you want answers you won't get them. 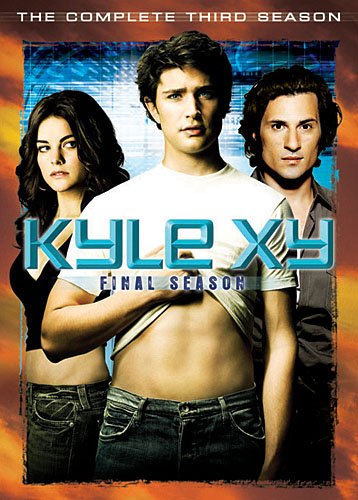 I totally agree with you, it was truly an amazing show. It just sucks that ABC Family got rid of an excellent show and replaced it with *gag* The Secret Life Of The American Teenager. (No offense to any fans...I just...I strongly dislike that show).