I have been keeping up with Degrassi for quite some time now, and really I&#39d be lying if I said it was a non-dramatic and not edgy show. Degrassi keeps you on the tip of your chair with all the excitement. Things like scandals, lies, pranks, rumors, and relationships. The most recent I've seen is "Don't Die J.T." Really it explains itself but be careful girls it gets a little emotional and guys I didn't forget about you it has quite a bit of action like fights, stabbings, "girls", and a whole lotta more guys stuff. I give this show a four and a half star rating. it has very very little language, but some mild violence. It previews on "The-N", and MTV. If you want to see it in a hurry I would say look for it on "The-N". Hope you enjoy it. 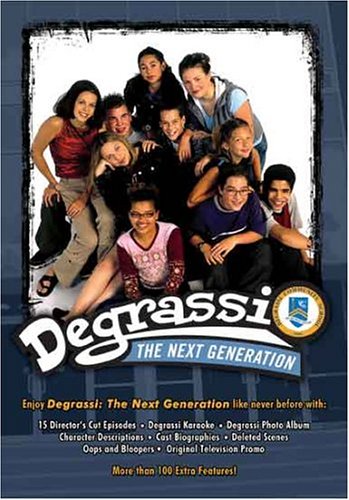 Favorite Quote:
"What's bad for your heart is good for your art."

View profile
I've only seen this show a few times but the times that i have seen were really good even though I hadn't seen it since the being it's a giid understandable show
GreenDayFan SILVER said...
on Apr. 18 2010 at 12:06 pm
GreenDayFan SILVER, Phoenix, Arizona
7 articles 3 photos 134 comments

View profile
Degrassi is an awesome show. My brother, and I watch it all the time.
KaileyConryWantsSex! said...
on Apr. 8 2010 at 8:12 pm
this is a grrrreat show as tony the tiger would say!
sany.lastflame PLATINUM said...
on Nov. 21 2009 at 4:56 pm
sany.lastflame PLATINUM, Frederick, Colorado
33 articles 16 photos 255 comments
View profile
this is my faveorite show of all time i wath it every day and its so relatable
SuperNancy said...
on Oct. 24 2009 at 11:00 pm
SuperNancy, Napa, California
0 articles 11 photos 36 comments

Favorite Quote:
"Replace the fear of the unknown with curiosity."

View profile
i love this show!