Favorite Quote:
After all this time? Always

Sheets of paper were spread out on the table around me in a jumbled mess as I added line after line of math onto my notebook. At the beginning of the day, my ruler and colored pens were stacked neatly in a corner on the desk; but now, they were messily strewn. My calculator was still shoved at the bottom of my school bag, untouched since the program started. For once, none of its functions would bring me closer to the end of the proof. This was my reality every day for the six weeks of the Ross 2021 Online Summer Camp. In the mornings, I’d wake up to a new problem set which I spent the day trying to complete. When I wasn’t working on the problem sets, I was attending lectures and group (family) meetings. Despite how dreary I might have made my days sound, the Ross program was possibly the most transformative and unique experience I’ve had.

Throughout the program, the Ross motto, “Think deeply about simple things,” was present in all the lectures and problem sets. Several problems guided us to find patterns in the integer number system and make our own discoveries. I recall having to redo the proof of (-a)(-b)=(a)(b) three times, and the final iteration took up half a page. When I finally completed that supposedly simple proof, what surprised me was the pride I felt for myself. Before the program started, I couldn’t even imagine thinking that it was necessary to prove something so trivial. But now, I realize how important it is for me to have a firm grasp on even the most basic of axioms. And to achieve that, I had to prove them myself.

In the short span of 6 weeks, I was introduced to and had become somewhat comfortable with a whole new branch of mathematics: Number Theory. Although going into Ross, I was aware that we would be learning Number Theory, the actual content that we were taught surprised me. I expected to spend most of Ross learning about Modular Arithmetic, doing problems related to prime numbers, greatest common divisors, etc. And we did do that to some extent. But really, we were whisked back to the very foundations of Number Theory and slowly built up from there. We started by proving the basics with the Ring axioms, Order axioms, and the Well-Ordering Principle (WOP). Eventually, we moved on to prove the division algorithm, unique factorization theorem, etc. For me, the farthest I got to was understanding the proof of Quadratic reciprocity and proving that myself. Although there are so much more topics down the road of Number Theory, it was a drastic leap from where we had started.

Even though Ross was online, there were several activities staff members hosted to make Ross a collaborative experience. They set up a Ross discord, hosted collaboration sessions, game nights, the talent show, etc. However, it was hard for me to attend several of these activities because of my time zone. Fortunately, staff members also organized Ross families to ensure a collaborative and fun environment at the program. Ross families consisted of one counselor, one to two junior counselors, and three to four first-year campers. The goal of these families was for campers to meet more people at Ross. Families would host family meetings to discuss lecture topics and get a chance to explore choice topics within a small group. My family met every weekday, so unsurprisingly, the people I connected with at Ross were all in my family. It was great to see the different levels of knowledge the people in my family had and the thought-provoking ideas they brought to the conversation. I had a lot of fun learning and communicating with these people, and it made up for the events I missed at Ross.

So, what did I gain from going to Ross? From a mathematical standpoint, although the concepts I’ve learned may not help me in math competitions, I have gained a more in-depth understanding of the fundamentals of math. Also, after weeks of doing proofs, my critical thinking skills have improved significantly. With these abilities, I can now clearly express my mathematical thinking and rigorously prove propositions. From a general standpoint, I have met some amazing people and had a wonderfully unique experience at Ross. I have gained some significant insights and now observe the underpinnings of math from a deeper perspective. Ross has also opened my eyes to how much math I wasn’t even aware existed, and that is a truly breathtaking thing. I finally understand how much knowledge people acquire to spend their lives dedicated to discovering math. Even though I will not pursue pure math in the future, Ross has helped me experience what it would be like. To those who have just dipped their toes into the sea of mathematical concepts and are willing to discover the abstractness and beauty of math to transform their way of thinking, I recommend Ross for you. Even if, like me, you find out that pure math is not for you, it will lead you one step closer to what you want to do. And to those who find ease in complex mathematical concepts, I challenge you to come to Ross and learn how to “think deeply about simple things.” 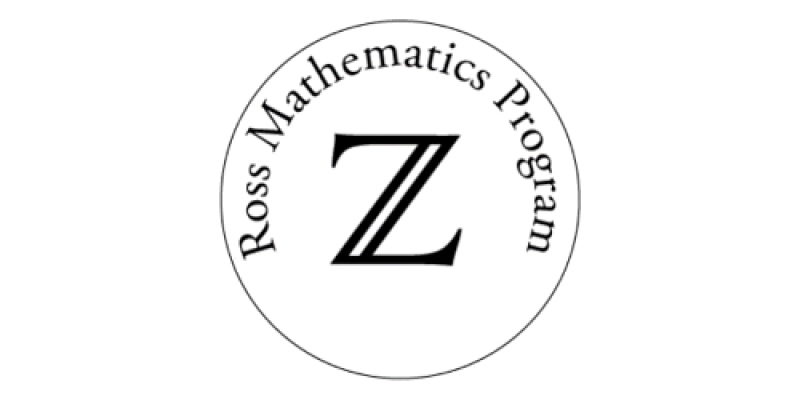 I attended the Ross 2021 Online Summer Program. Because it was a very unique and interesting experience, I decided to write this review and share my experience with Ross.

Favorite Quote:
"Choose life so that you and your descendants may live." --The Torah