Waking Up by OneRepublic | Teen Ink

Waking Up by OneRepublic

A long, long time ago, for some reason or other, I bought the OneRepublic album Waking Up on Mom’s iTunes account without thinking twice about it, which shortly faded into the back of my memory. Fast forward three years or so and you’ll come to me deciding to temporarily put the entire album on my iPod Nano 7 to listen to. I had read all the negative reviews. I had read all the complaints. Heck, I had even listened to some of the songs myself on my screen-less iPod Shuffle in years long gone. However, nothing could’ve compared me for the sheer ugliness of what is truly the worst pop album of all time.

OK, while there admittedly WERE some fairly decent songs in the mix (the radio smash “All The Right Moves” being a good example), the vast majority of them wind up being overly pretentious, self-indulgent, theatrical, and definitely not subtle at all about all three. Oh yeah, there’s even a “concept” at the album’s core that (seemingly) tells the “story” of the life of a world-renowned pop idol and how that lifestyle has ups…and absolutely nothing else. Yep, the entire album spends its entire 45-minute length thrusting in your face about how wonderful and exciting being a big star is. You’ve got fans! You’ve got lovers! You’ve got big mansions! You’ve always got good songs! You always have that wonderful sense of happiness and wide-eyed wonder! Heck, even your dreams are always good! Of course, I’m not saying success is a bad thing. If anything, I’m even happy to hear that these people finally are able to earn their place in the world. It’s just that when an entire album is wholeheartedly (pun intended) devoted to only showing that side of life WITHOUT revealing an even slightly deeper or darker side to things, well, you’re basically just wading your way through an emotional kiddie pool. Even the music is cringe-worthy, with songs ranging from enjoyable enough (“Good Life”) to completely unlistenable (“Everybody Loves Me”). Unfortunately, too many tracks fall rather ungraciously into the latter category. Add in horribly overlong runtimes, ridiculous song structures, and even some ludicrous influences (classical, country, and even opera inexplicably manage to make their stand), and you, my friends, have the (seemingly) impossible: a pop album that will leave the most casual listener saying “huh?” Look, if you liked some of the better songs on here, fine, get those. Otherwise, there’s absolutely no doubt that you should skip this album and start Waking Up to better, more-deserving music. 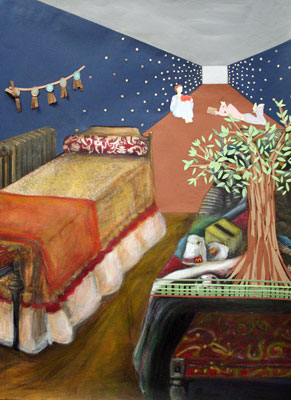