Let the Road by Rixton

A relatively new boy-band, Rixton originated from London. Their band consists of four members: Jake Roche, the lead vocalist and rhythm guitarist, Danny Wilkin, the bass and keyboards player, Charley Bagnall, the lead guitarist, and Lewi Morgan, the drummer. Their debut album, which released on March 3, 2015, received rather average reviews, usually three or four stars out of five.

“Let the Road”, with its fluff of stereotypical pop songs yet creative approach to a certain few, deserves a rating of two and a half out of five stars.

The album begins with “Let the Road”, which consists of lovely harmonies, though this becomes repetitive. Though repetition can work in the favor of a song through a catchy beat or catchy set of lyrics, it becomes a fatal flaw of Rixton’s “Let the Road”. Especially in “We All Want the Same Thing” and “Whole”, the chorus repeats itself to the greatest extent.

Many of the other songs are filled with lyrics that seem nonsensical. Some songs tend to value rhyme rather than quality of the lyrics. Others have rather catchy beats, which make up the foundation of the song, thus compensating for these once again nonsensical lyrics. These types of songs act as “fluff” for their debut album, which only consists of a total of 10 songs.

One of the most notorious fluff songs, “I Like Girls” is filled with pointless lyrics:

“I like girls in the summer
Girls in the fall
Girls all year
I wish I could have them all.”

Substance in lyrics does not apparently exist in a song such as this one.

However, a few songs such as “Hotel Ceiling” prove Rixton worth of three stars. “Hotel Ceiling”, one of their more well-received songs, is not surprisingly popular among fans, as its lyrics contain substance while the melody of the song is strong and steady.

Overall, Rixton’s new album, “Let the Road” contains potential. Many of the songs unfortunately served as “fluff songs” with meaningless lyrics and/or repetitive tunes. Most likely, the band was in need of more songs for the rush of their debut album, and as a result, “Let the Road” and its rating took the bullet.

Fans look forward to Rixton, as they prove to be able to produce songs that hit their audience at the core while maintaining a steady beat while critics look forward to the blossoming band, who is expected to grow. 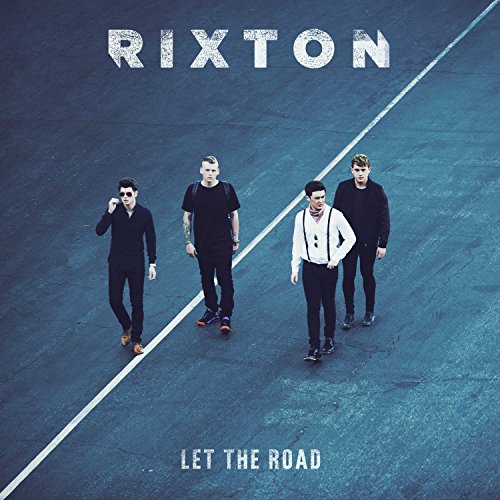